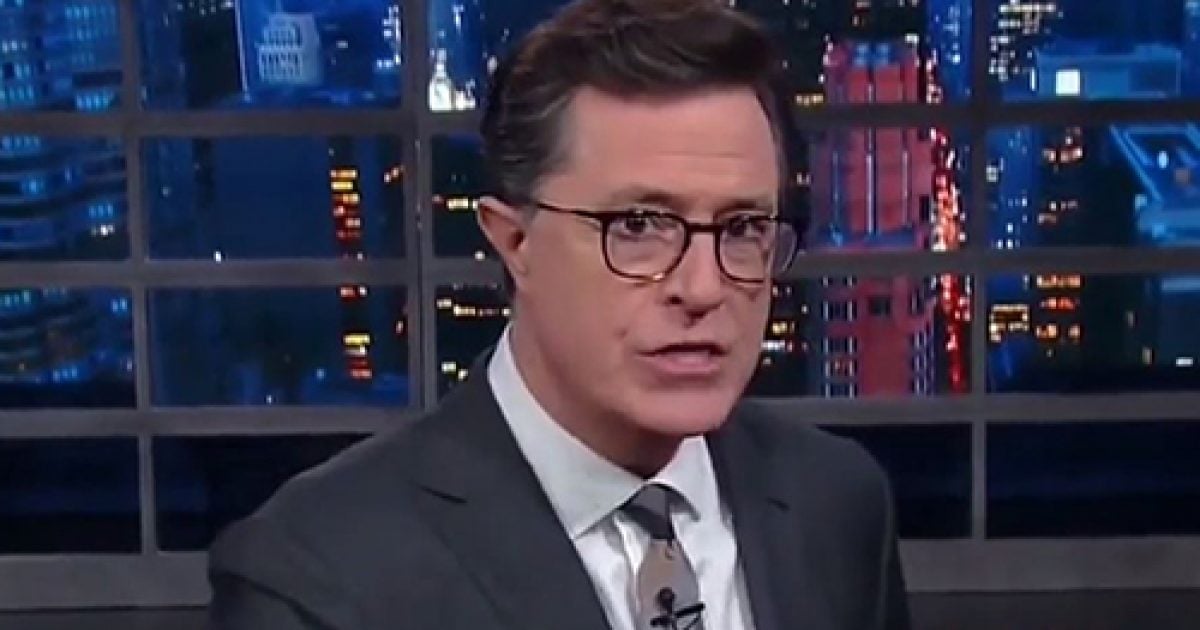 Are Stephen Colbert’s crude jokes about President Donald Trump enough to have him fired.

CNN legal analyst Paul Callan thinks so and he called for his firing during a panel discussion on Saturday.

Callan noted that it wasn’t because Colbert took shots at the president, but because of how vulgar the late night comedian’s jokes got.

“The level of obscenity, the crudity, the vulgarity of the language that he used is just beyond the pale,” he said.

“It was so beyond the pale that I don’t think he belongs in that seat, the CBS perch that he’s in,” he continued. “It’s too important, and he’s abused his responsibility to the public.”

Stelter agreed that CBS was well within its rights to fire Colbert if it wanted to, but, he warned, what he didn’t want to see is the government go hard after Colbert.

And while the Federal Communications Commission is investigating Colbert’s remarks, Stelter doesn’t think anything will come of it, despite the meltdown many on the left have had because of it.

“Liberals all over my social media feeds are making this into a big deal when it is not,” Stelter said.

He explained that anyone can complain about anything said on television and the FCC would investigate it. And, he noted, generally nothing happens.

Both Stelter and Callan concluded that it was unlikely that the FCC would do anything in this case, nor should it because of the First Amendment.

“It’s different to have a corporation make a decision versus the government,” Stelter said.

“This is a business decision being made by CBS about who should be heading up that show and whether, you know, he should accord a certain amount of respect to the institution of the presidency. But it’s not an FCC decision,” Callan agreed.

“I do think the FCC could hand down a fine,” he said. “I don’t think they will because there are First Amendment issues here. Even though this is clearly obscene conduct. Under the First Amendment he has the right to criticize the President of the United States.”

“If we were ever to see the government actually start censoring, fining, networks for this kind of speech that would be a serious concern, Stelter said. “But we’re not there.”