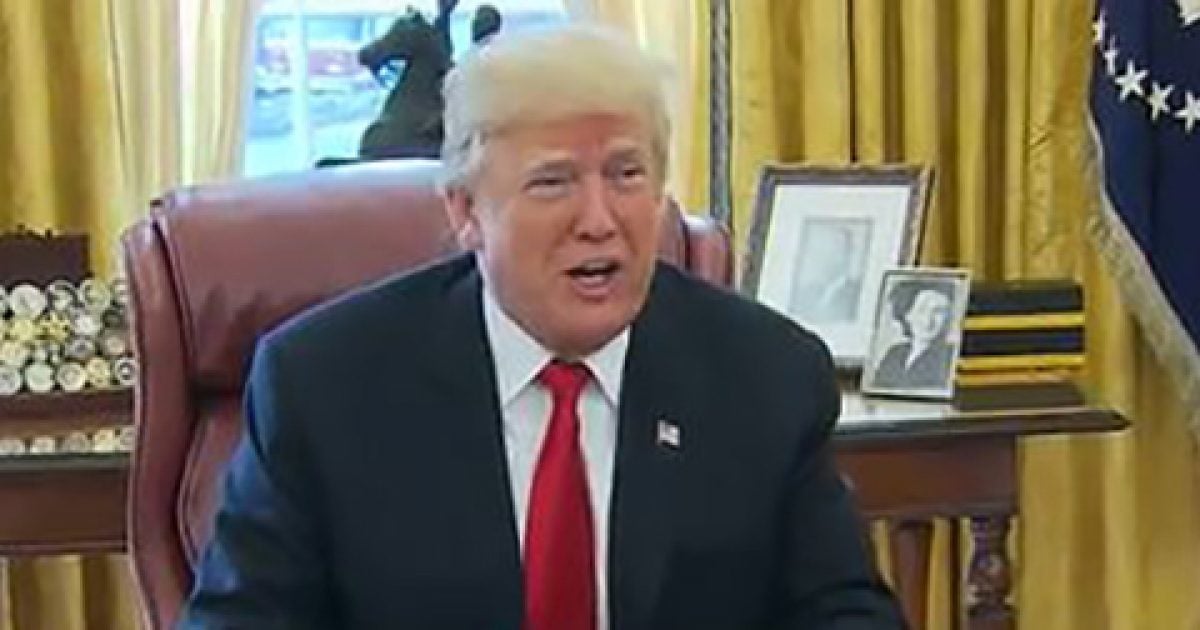 The Democrat resistance had stood firm against everything President Donald Trump has attempted to do, but he predicts that the lack of cooperation is about to end.

During the signing of his first major Congressional victory, the tax reform law passed last week, President Trump said he expects more help from Democrats on a bill to fix America’s infrastructure.

“Infrastructure is the easiest of all. We’re very well on our way. We’ve essentially repealed Obamacare. You know, the individual mandate is a very big factor in this bill, frankly. A lot of people don’t talk about it because the tax code is so important. But infrastructure is by far the easiest. People want it — Republicans and Democrats. We’re going to have tremendous Democrat support on infrastructure, as you know,” he told reporters on Friday in the Oval Office as he signed the “Tax Cuts and Jobs Act of 2017.”

“I could have started with infrastructure. I actually wanted to save the easy one for the one down the road. So we’ll be having that done pretty quickly,” he said.

The president has a right to be optimistic. It is tough to imagine Democrats standing in the way of legislation that would create an estimated four million jobs, according to CNBC.

But they stood in the way of a tax bill that allowed the majority of Americans to have a tax cut, making it possible to believe that they will stand in the way of anything the president does.

President Trump and Republicans need Democrat support because they won’t be able to use the same reconciliation process they used for tax reform, to get an infrastructure bill passed.