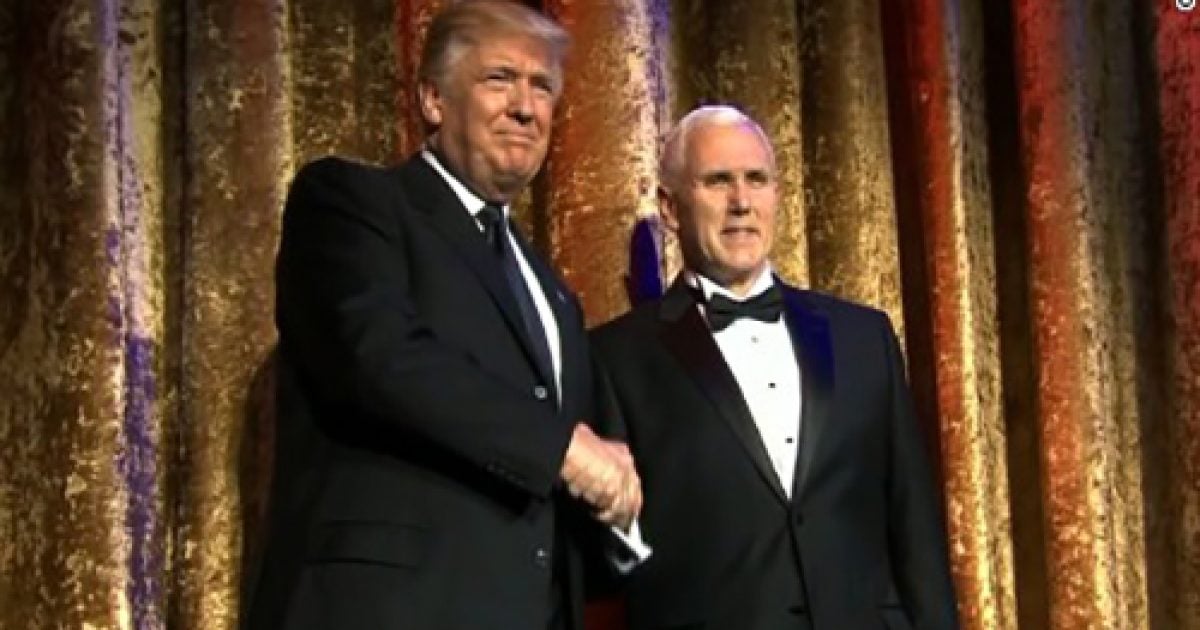 The festivities have begun.

President-elect Donald Trump took his private jet into D.C. on Tuesday to attend the Chairman’s Global Dinner alongside his campaign manager Kellyanne Conway, other politicians, political donors, diplomats and some Broadway stars.

Trump’s plane arrived at Reagan International Airport around 8 p.m. and he was spotted stepping off of the plane with Conway, the Wall Street Journal reported.

The president-elect started his remarks by thanking his Vice President-elect Mike Pence, though he admitted he had plenty of candidates to choose from for the coveted job.

“I had a couple of beauties I could have picked. They were good too but maybe wouldn’t have worked out like Mike,” he said, the Daily Mail reported.

The Daily Mail posted pictures of the event, including the beautiful dress worn by Conway, on its website.

Other photos of the event were scarce, but some made it to social media.

NBCNews: Trump says he has “great respect for our world” as he hosts Chairman’s Global Dinner … pic.twitter.com/QVWvJFTvhV

Trump w/ Pence before The Chairman’s Global Dinner where he joked Tillerson lived a charmed life: “Goes into a country, takes the oil.” pic.twitter.com/mZb0T2F3Tp

. @realDonaldTrump makes remarks at the The Chairman’s Global Dinner in Washington. pic.twitter.com/RoPdXHqroC