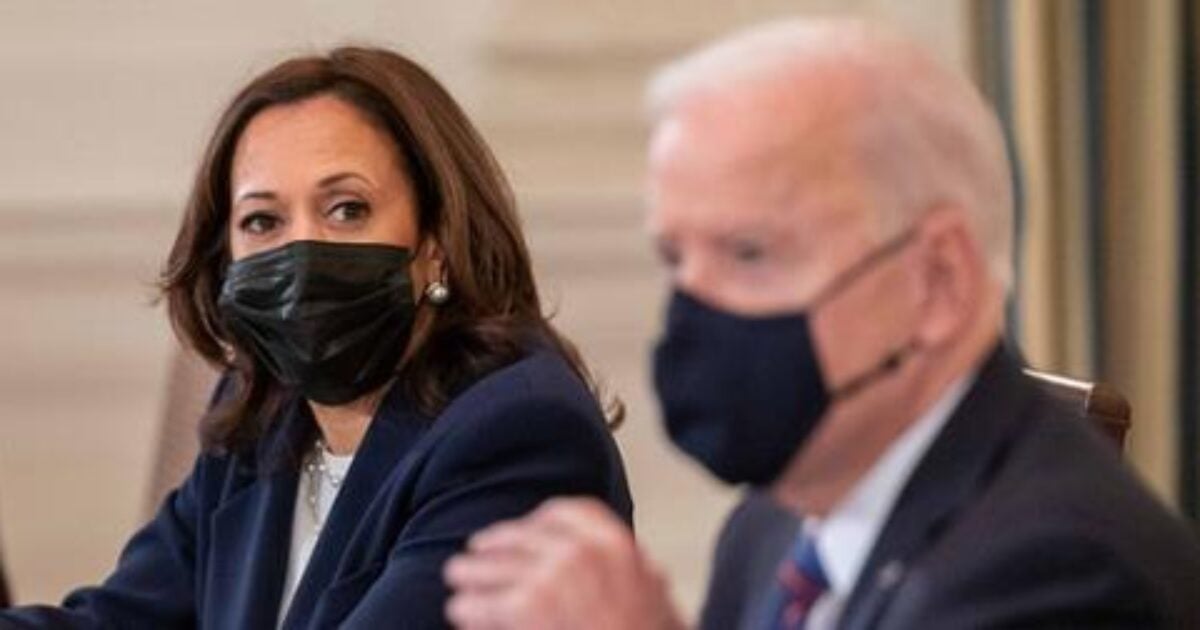 Vice President Kamala Harris is missing in action amid the crisis in Afghanistan and, according to rumors, it’s because she’d rather the blame be directed onto someone else.

The problem is she’s already admitted to having played a key role in President Joe Biden’s decision to withdraw all U.S. troops from Afghanistan by Sept. 11th versus the May 1st deadline that had been negotiated by his predecessor.

In a CNN interview in April, she admitted to having been the “last person in the room” at the time the decision was made. She also defended the decision.

“And I’m going to tell you something about him. He is acutely aware that it may not be politically popular or advantageous for him personally. It’s really something to see. And I wish that the American public could see sometimes what I see, because, ultimately — and the decision always rests with him, but I have seen him over and over again make decisions based exactly on what he believes is right, regardless of what maybe the political people tell him is in his best selfish interest,” she added.

Months later, this decision has blown up in her and the president’s faces.

Problems started immediately after the May 1st deadline passed. At the time, attacks resumed with a “major Taliban offensive” against Afghan forces.

Three months later, the Taliban now controls all of Afghanistan and has reportedly begun executing innocent Afghans for violating the precepts of Sharia law.

Meanwhile, there are now reportedly up to 10,000 Americans trapped in the Middle Eastern nation, radical Islamists across the globe feel emboldened and the Taliban is sitting on billions of dollars worth of U.S. military arsenal.

The best guess is that there are between 5,000 and 10,000 Americans in Afghanistan, @PentagonPresSec says on @NewDay.

Well, this is terrifying. Trying to imagine how this could be going any worse. https://t.co/7XyERDDr0B pic.twitter.com/SMydw89nqU

Built and trained at a two-decade cost of $83 billion, Afghan security forces collapsed so quickly and completely — in some cases without a shot fired — that the ultimate beneficiary of the American investment turns out to be the Taliban. https://t.co/nwy740RoT2

It seems the Biden administration, including Harris, has some explaining to do. But no explanation has been forthcoming.

Instead, all the vice president has done thus far is tweet the following defense of the administration’s decision to withdraw from Afghanistan:

For two decades, our courageous servicemembers put their lives on the line in Afghanistan. We will always be grateful—and proud.

Ending U.S. military involvement in Afghanistan is the right decision.

Some critics say the issue isn’t so much the decision to withdraw — after all, the process of withdrawal did begin with former President Donald Trump — but rather how Biden (and Harris, by her own admission) executed the withdrawal.

“No one’s upset about [the withdrawal]. It’s how it was done, how botched it was,” Fox News host Greg Gutfeld pointed out Tuesday on Fox News’s “The Five.”

For instance, the administration pulled the Afghan military’s logistical support out from underneath them, thus depriving them of the fundamental resources needed to fight the Taliban:

The truth is the Afghan army became less able to fight and less robust when American intel, logistical support and in country air power was removed .

“She is wrong on everything, and she’s so narcissistic,” fellow host Lisa Kennedy added as the discussion on “The Five” continued, referring to Harris.

“Why didn’t she … start calling foreign leaders? She is the vice president of the United States, and she’s certainly not taking the leadership role here, which is also no surprise,” the Fox News host added.

Only months earlier, Harris had eagerly been taking part in foreign policy-related matters.

“I feel like something is going on. I don’t know what it is. … You remember, at the beginning of the administration, they had Kamala Harris do all these world leader calls,” Gutfeld noted.

For the time being, the vice president is reportedly focused on Haiti.

Shade War going hot – Kamala refused a request to do a presser today. Said she was focused on Haiti not Afghanistan. Now staffers for the rival teams have been openly fighting all day, per WH official

She’s also reportedly refused to cancel a trip this upcoming weekend to Vietnam despite the optics. Just the mention of Vietnam brings to mind the Fall of Saigon.

Rumor has it that the vice president’s desperate to prevent blame for the debacle being pinned on her. Multiple small news publications reported on an anonymous White House insider who said that Kamala Harris was heard screaming on Sunday, “They will not pin this s*** on me!”

While this is just an unconfirmed rumor, the notion of her trying to skirt blame does fit her modus operandi.