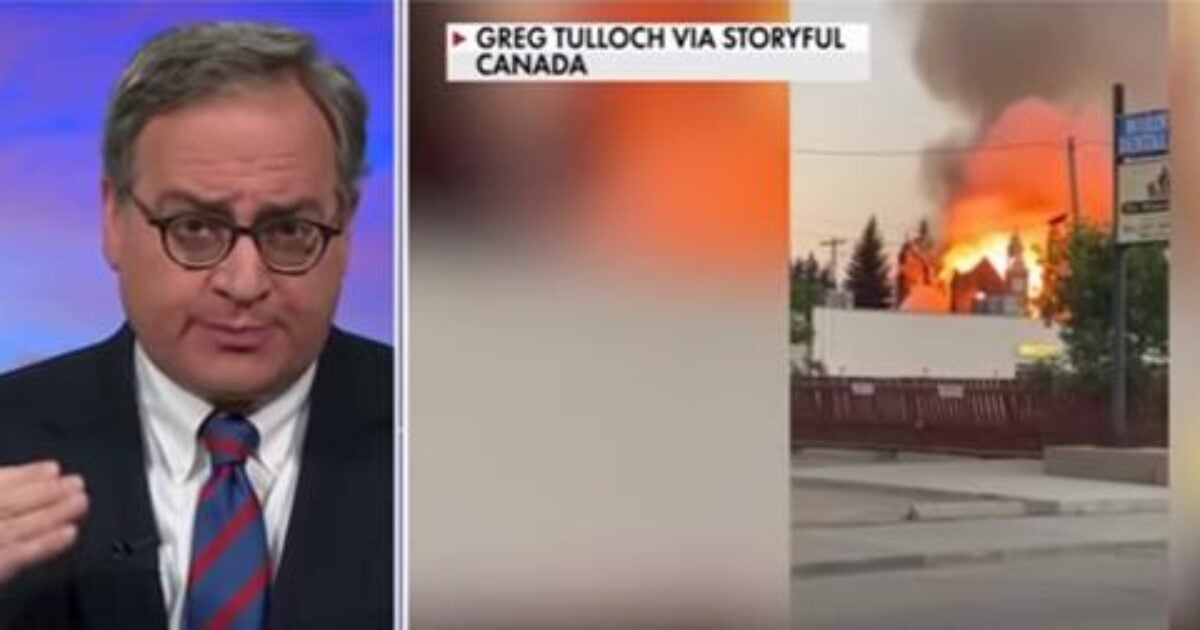 Canada is currently in the midst of an anti-Catholic arson spree that’s led to the destruction of at least seven churches.

“That was the ‘Night of the Broken Glass’ in pre-Holocaust Germany where they smashed and burned and killed Jewish synagogues. It was a precursor to the Holocaust. Obviously, we are not that far gone yet, but what do you call it when literally dozens of churches are being systematically vandalized, torched?” Levant said.

“I understand the anger that’s out there against the federal government, against institutions like the Catholic Church. It is real, and it is fully understandable given the shameful history that we’re all becoming more and more aware of,” Trudeau said during a briefing last week.

Meanwhile, the prime minister has reportedly done nothing substantive to put a stop to the arson.

“The crazy thing is this is so explicitly an anti-church hate crime wave, and yet Justin Trudeau, who’s normally the first and the ‘wokest,’ waited a week  before saying anything, and he literally said ‘that’s not the way to go.’ That was the toughest he got,” Levant explained.

“He introduced an anti-hate crimes bill in Parliament that’s targeting mean tweets and Facebook posts, but literally you have church after church being torched by Antifa-style terrorists, and he’s almost silent on the matter. And his right-hand man finds it understandable. I think these are dark days for religious freedom in Canada,” he added.

According to the left, the arson is simply part of a racial “reckoning” involving everybody from Canada’s original British rulers to the Catholic Church.

“The United Kingdom is facing growing calls to re-examine the troubling legacy of its colonial history in Canada after the discovery of more than 1,000 unmarked graves at former residential schools for Indigenous children,” The Guardian explained in a report filed Tuesday.

“At least 150,000 Indigenous children were forced to attend such church-run schools as part of the campaign to strip them of their cultural identity, and amid anger over the Catholic church’s role in operating the institutions, churches across the country have been set on fire,” the left-wing outlet added.

And just like American elites supported the deadly BLM riots of 2020, Canadian elites likewise appear to support the ongoing arson.

“Burn it all down,” the executive director of the so-called BC Civil Liberties Association tweeted last week.

I don’t understand why the ED of the BC Civil Liberties Assoc is calling for violence. Violence and hate don’t appear to be solutions being proposed by Indigenous communities, and it is their voices we should be listening to and respecting on this matter pic.twitter.com/3uLktzz8AS

The tragic irony is that the indigenous are some of the biggest victims of the arson.

“These churches often have aboriginal, indigenous congregants, and they are saying don’t burn our churches down. It’s the Canadian equivalent of when Black Lives Matter burns down black-owned businesses in black neighborhoods. That does not help black people,” Levant noted.

“In Canada, most of these churches are aboriginal-focused, and you often have, in one case, white Antifa-style vandals were filming themselves desecrating a church, and the trouble is from the very top it’s either silence or tacit support,” he added.

Host Tucker Carlson then concluded the discussion by taking a shot at Americans for being just as silent.

“I’m ashamed to say that American Christian leaders have mostly been silent about it too, and I wish they wouldn’t be,” he said.

CTV News reported earlier this week that indigenous leaders have been calling for the arson to stop.

“Burning down churches is not in solidarity with us indigenous people. As I said, we do not destroy people’s places of worship. We’re concerned about the burning and defacing of churches bringing more strife, depression and anxiety to those already in pain and mourning,” one said.

“When I look at the building, it’s so sad…That’s where we worship the Lord,” another said.

Cheryle O’Sullivan, a residential school survivor, added that what’s happening is “reminiscent of how Indigenous totem poles and ceremonial houses were burned to the ground when European settlers first came,” according to CTV News.

She doesn’t “believe the fires were set by Indigenous people, because it would cause further harm to Indigenous communities,” the outlet added.