The aggressive and misguided campaign to defund the police claimed another casualty recently as over $17 million dollars was taken from the Oakland Police Department even as levels of crime in the city are “out of control.”

It seems that the ill-advised decision couldn’t have come at a worse time as Oakland Police Chief LeRonne Armstrong laments that the city is in a “crisis.”

“Today, we find ourselves in a crisis,” Armstrong said at a press conference Monday in response to last week’s vote by the Oakland City Council to redirect millions from the police department over the next two years in favor of more social service programs.

“We find ourselves reeling from a weekend of violence where we have seen four homicides over a three-day period … Our shootings are up over 70% compared to last year. Our robberies are up 11% this year. There’s been 1,300 robberies in this city already this year,” he said.

“Our carjackings are up nearly 88%. So we see clearly that crime is out of control in the city of Oakland and our response was for less police resources. When City Council members, the majority have voted to defund this police department, that additional $17 million that was reduced from the police department’s budget will have an impact,” Armstrong added.

Oakland Police Officers Association President Barry Donelan estimated the budget cuts would mean that about 50 vacant officer positions will no longer be filled.

“When you hear the statements from those that say nothing will change – that is not true,” Armstrong said. “Yes, it will. The impact will be immediate. Slower response time to emergency calls for service. The 911 surge units that were used to respond to violent crime, used to respond to community members calls to our 911 system, will have less resources. Less officers responding.”

When asked to comment on what will surely be a poisonously fruitless decision, Oakland Mayor Libby Shaaf fired back in a statement, saying that,“[The new budget]… “cuts 50 police officers who respond to Oaklanders’ 911 calls and enforce traffic safety. It also cuts much-needed future academies, which will significantly reduce police staffing and delay response to Oaklanders in their time of crisis.” Shaaf added that the budget “will force [Oakland police] officers to work even more overtime shifts, which are expensive and unsafe for officers and residents alike.”

In a brave address to the council, Armstrong tearfully stood by the good people of Oakland, “[T]hese are true people,” Armstrong stated. “These are people who lost their lives in this city. […] When I go to scenes and I meet with mothers and family members, they’re not talking about numbers, they’re talking about their children.

Please watch this video of Leronne Armstrong, Chief of Police in Oakland CA, about the madness of defunding police pic.twitter.com/6DSZjgLtQL

After a moment’s lamentation, Armstrong gathered himself and reminded the council how hard these decisions hit home.

“Saturday night, I went out to a scene of a young man that lost his life. And a lady yelled out the window, ‘Do something about it!’” he recounted.

“Without the resources, it makes it challenging to make Oakland safe, and more families find themselves dealing with trauma,” he added. 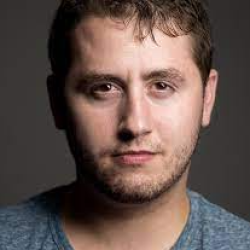