The left wants to cancel apple pie, but the internet has had enough. When Alexander the Great ran out of nations to conquer, he wept. When the Left ran out of people to cancel, they canceled apple pie, and the world laughed.

Raj Patel, part food journalist and two parts social justice warrior, penned an opinion piece that has failed in such a spectacular fashion, that the embarrassment backlash might result in his own cancelation. The internet does not take kindly to nonsense these days, and Patel’s six degrees of discriminatory dessert takes the cake.

The claims made by Patel are truly something to behold. Instead of the more appropriate corkboard and string, Patel uses his platform at the Guardian to link Apple pie to indigenous genocide. If you’re afraid that your affinity for apple pie now makes you a racist, then stop being racist! At least that’s the way Patel sees it.

“Apples traveled to the western hemisphere with Spanish colonists in the 1500s in what used to be called the Columbian Exchange, but is now better understood as a vast and ongoing genocide of Indigenous people,” Patel writes in a piece titled, “Food injustice has deep roots: let’s start with America’s apple pie.”

This exchange of goods between the East and West was simply genocide according to Patel. No explanation whatsoever is given by the author. It’s simply stated as fact. It is now better understood – period. Pumpkins were introduced to the old world via the Columbian Exchange. Jack-O-Lantern Genocide! Horses did not exist in America before the Spanish arrived. Nothing is more oppressive than the majesty of a Spanish Steed!

Speaking of pumpkins, Patel takes every shot he can at American culture. Not only is apple pie racist, but it’s not unique because apple pie is based on an English pumpkin pie recipe. Never mind that pumpkins are American! It’s turtles all the way down.

The madness doesn’t end there. Patel claims that Johnny Appleseed was just another conquistador planting trees instead of flags to expropriate land from indigenous people. In twenty years, your child’s history book will not tell of blankets poisoned with small pox, but instead, will reveal the true horrors of trees that bare fruit. Forget Columbus Day, Johnny Appleseed must be exposed for the despot that he was. “His trees stood as symbols that Indigenous communities had been extirpated.”

Anyone that dare place a seed in soil is evil. Patel digs into Department of Labor stats and decides for himself, without a shred of evidence, that any statistical difference in farm labor representation must be due to segregation. “The second whitest [occupation] was managing a farm (96.3%). It is hardly a coincidence that the largest farmland owner in the United States is one of the country’s richest men: Bill Gates,” he writes.

What does Bill Gates have to do with apple pies? One thing is for certain, if the Left is willing to sacrifice their philanthropic hero, then they mean business.

Patel’s manifesto is over 2,000 words in length. Apparently the reason why people are just now responding to the Guardian piece from May 1 is because they have finally finished reading the article. It makes JFK conspiracy theorists look like amateurs, but its grand achievement is not the hairbrained theory it posits, but the hilarity that it has and will inspire on social media.

When will the war on Apple pie ever end????

When will the war on Apple pie ever end????

No, Apple Pie is systemically xenophobic or something, I don’t know whatever! Can I have a college degree now?

Whether or not this is a turning point in the culture wars, it’s fun to sit back and watch the internet work it magic. 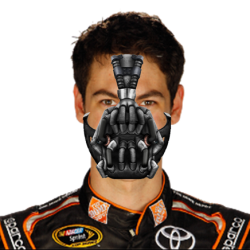