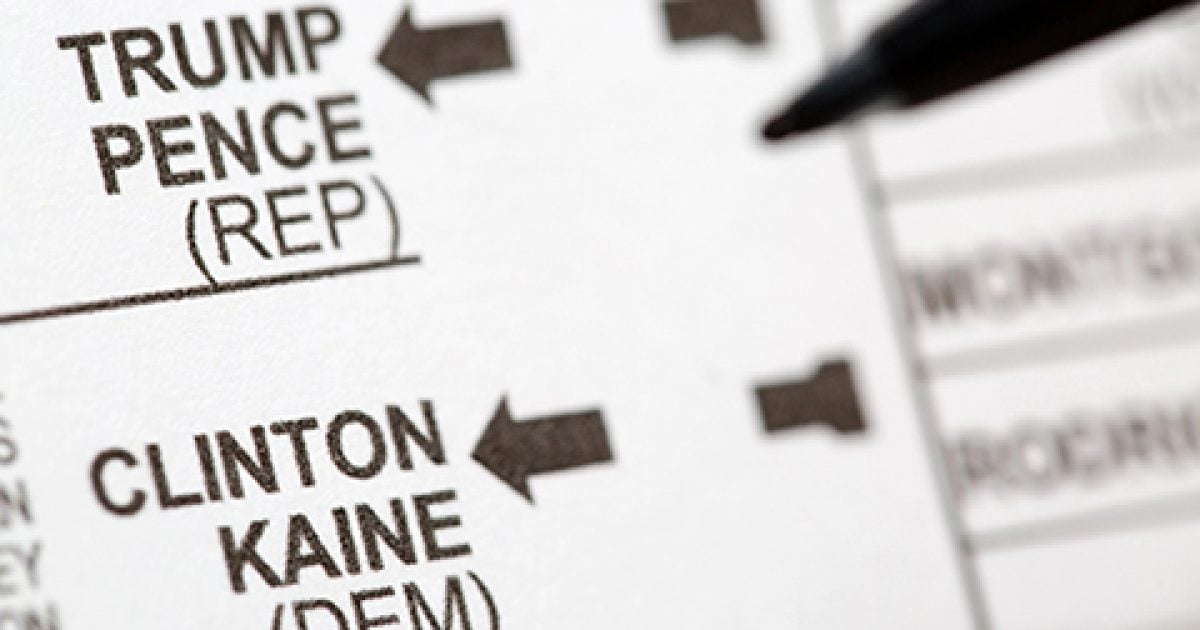 Disgruntled Hillary Clinton supporters now believe what they made fun of Trump saying for weeks. The election was rigged.

An article published in New York Magazine, and picked up by CNN, that said Clinton should challenge the results in the key swing states of Pennsylvania, Wisconsin and Michigan because hackers might have tampered with the election.

This takes the #AuditTheVote calls up another notch. Question is who would be trusted to investigate? Not the FBI. https://t.co/fJ7JiazJBK

A computer science prof telling you you’ve been hacked is like a waiter telling you you have food in front of you.It’s real. #HackedElection https://t.co/zphVsmDcHR

Okay, whoa. When you get Halderman saying something might have happened, I start paying attention. https://t.co/15Dxukjcjl pic.twitter.com/vMrun8wpaE

But it was New York Times columnist Paul Krugman who had the biggest mental breakdown of anyone.

The worst is that given the role of Russian hackers in the campaign, it’s all too plausible. That doesn’t mean it’s true. 2/

But now that it’s out there, I’d say that an independent investigation is called for. Not sour grapes — we *need* to clear this shadow 3/

Honestly, I think I’d prefer to give election a clean bill of health, even though overturning would give it to the popular vote winner 4/

But as I said, it’s out there. Without an investigation, the suspicion of a hacked election will never go away 5/

Maybe a false alarm? But needs to be aired. https://t.co/JzgAf1TCJY

Again, I hope there’s nothing there. And maybe it will all be cleared up very soon. But not silly to ask, given everything we’ve seen!

I’ll call it a night in a min. What u need to ask is how we deal with the mere possibility. Dismissing out of hand is wrong 1/

Someday it will happen somewhere. So needs to be flagged and addressed.

Yes it might happen someday so let’s delegitimize this election now because we hate Trump, right?

But Krugman’s min was eased by someone who had a clue.

These guys might know about computer security, but they probably don’t know anything about elections https://t.co/5khbcVDyhr pic.twitter.com/i42duBpnw0

It’s hard to stress how weak this is. https://t.co/H3xSvrHT8y

Metro Wisconsin, where Clinton did well, uses paper; rural Wisc, where she collapsed like everywhere, is electronic. https://t.co/4aF9ooOnWe

Effect of paper ballots in Wisconsin goes from 7 pts, like NY article, to 0 if you control for race education, density (true w&w/o weights,) pic.twitter.com/3ZVfDa44Zn

Two states that use paper ballots: Iowa and Minnesota, where the results look exactly like those in Wisconsin

Nate Cohn is very reassuring. That’s good — and it’s evidence-based, which is the right way to go, not rejection a priori. Feeling better.

OK, one last word: I tweeted about this because I didn’t want it just ignored and allowed to fester 1/

The response from Nate was exactly what we needed. I personally wanted real reasons to dismiss this scare, *not* “don’t be silly” 2/

It now looks as if we’re on much more solid ground, and can move on to the real issues 3/

Maybe there is something to all that “fake news” stuff.

So hey here’s Paul Krugman peddling conspiracy theories & fake news. So media is going to stand up to this now right? https://t.co/bPKRZjmDH9

Banner night for @gabrielsherman and @paulkrugman and the future of fake news.