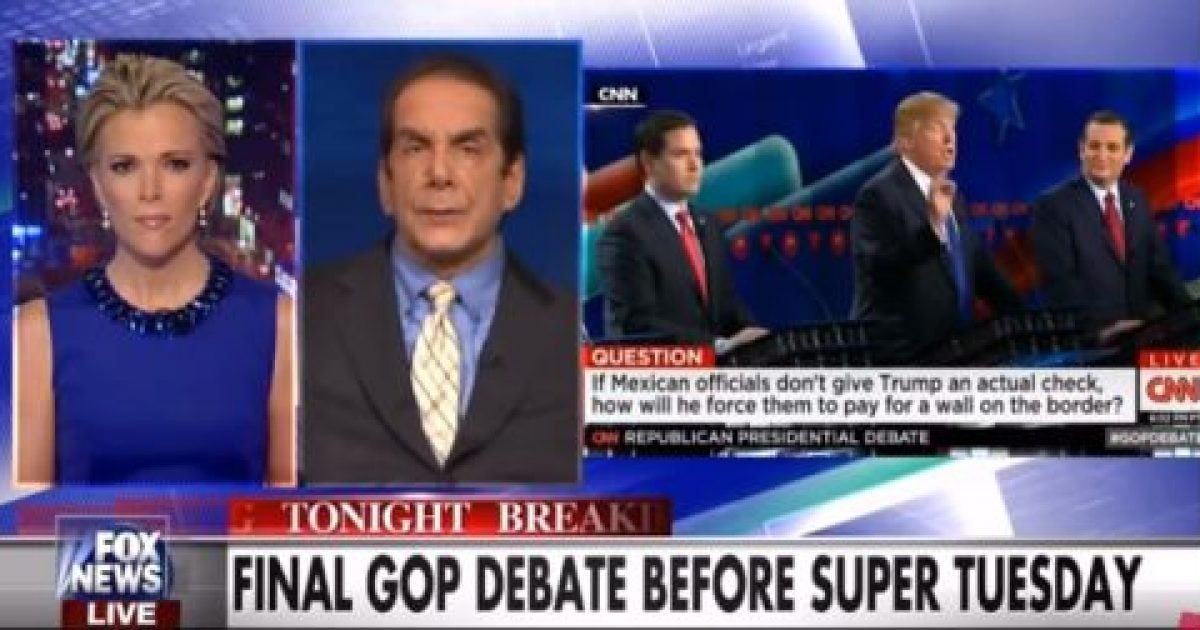 Marco Rubio took the gloves off and went hard after Donald Trump at the Republican presidential debate on Thursday and landed some strong shots on the GOP frontrunner.

Among them was what some, including syndicated columnist and Fox News contributor Charles Krauthammer, called the line of the night.

The moment came during an exchange in which Rubio called Trump to the carpet for the lack of details in his healthcare plan and Trump continued to say he wanted to eliminate the lines around the states and create more plans.

Trump immediately shot back that Rubio repeated himself “five times four weeks ago.”

“I saw you repeat yourself five times five seconds ago,” Rubio fired back.

“I see him repeat himself every night. He has five things: everyone’s dumb, he’s going to make America great again. win, win, win, he’s winning in the polls, and the lines around the states. Every night. Same thing,” he said.

Krauthammer thought it was the best part of the entire debate.

“That was most remarkable, and obviously spontaneous, was when Rubio said, ‘Well, you’ve just repeated yourself within the five minutes.’ That I think is going to be the one that is going to be replayed,” he said.