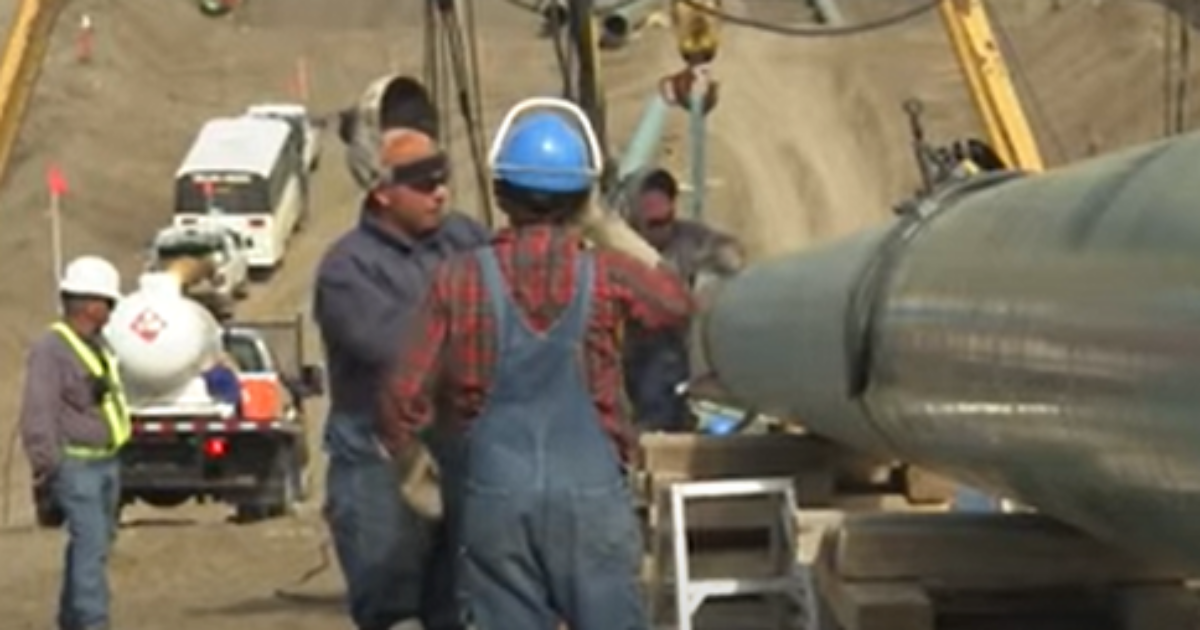 A coalition of states urged President Joe Biden in a letter to reverse his decision to cancel the Keystone XL pipeline permit amid the ongoing global energy crisis.

The letter, sent to Biden on Monday and signed by 16 state attorneys general, reiterated past calls for the president to rescind a January 2021 executive order nixing the Keystone XL permit. Several of the top state officials, including Republican Montana Attorney General Austin Knudsen, who led the letter, joined a legal challenge against the executive order in March 2021.

“We warned you … if your decision was not reversed, Americans would ‘suffer serious detrimental consequences,’ consumers would pay higher prices, and our allies would become further dependent on Russian and Middle Eastern oil,” the attorneys general wrote in the letter. “We hate to say we told you so.”

A federal judge tossed the states’ lawsuit in January after TC Energy, the pipeline’s operator, terminated the project. The company’s decision to end construction on the Canada-to-U.S. pipeline, which had been 8% completed, came as a result of Biden’s actions.

The Biden administration, meanwhile, is reportedly mulling a way for the U.S. to import more crude oil from Canada amid the ongoing energy crisis sparked by Russia’s invasion of Ukraine. But White House officials have declined to reconsider the Keystone XL decision.

“Recent events have made it strikingly obvious that more domestic energy development is needed to prevent future economic hardship for Americans,” the 16 attorneys general wrote in the letter Monday. “Your decisions, however, have stripped Americans of the manifold benefits the Keystone XL pipeline would deliver—jobs, tax revenue, and new and sustained economic opportunities.”

“On behalf of the citizens of our states, we demand you immediately take the actions outlined above to reverse the damage you have done and provide relief for struggling families and businesses,” they continued. “It’s never too late to admit your mistakes.”

Keystone XL, which would be an extension of an operational pipeline, would have transported an additional 830,000 barrels of oil from Canada to the U.S., according to TC Energy.