Teachers, supervisors, School Safety, CPS and even representatives from local government offices know the history of students like Ethan Crumbley.

As the educator with the longest-running lawsuit in New York Supreme Court history, I witnessed firsthand how hard, and sometimes potentially illegally, public education staff and officials covered up student issues, including violence, suicide attempts, and possible parental abuse.

This is why the NYCDOE will not comply with my attorney’s discovery demands and witness deposition requests.

The NYCDOE went so far as to allow their own witnesses to tamper with evidence, commit perjury and intimidation tactics under oath in their illegal retaliation lawsuit.

Here are a few pieces of evidence from my retaliation termination hearings. This is an issue which must come to light because it explains why whistleblowers, including mandated reporters “turn their cheeks” and purposely overlook acts of violence, mental illnesses, and violations of laws.  These retaliation actions are illegal because whistleblowers are protected under federal and state laws against retaliation of any kind and their confidentiality is also supposed to be protected. Lives are destroyed professionally, personally, emotionally and financially.

Luckily for me, the New York City Department of Education wanted to get rid of me so badly, they spent a record 37 days in hearings, plus arbitration fees AND a full transcript to PROVE the points—SCHOOL STAFF, including GUIDANCE, SECURITY, TEACHER’S UNION REPRESENTATIVES, and in my case, assistants to the mayor knew everything.

Testimony proved that students had histories of poor parental guidance, needed additional medical attention which was neglected. One student who wrote a note that he wanted to commit suicide, came from a home of an incarcerated father with weapons. He brought a “toy gun” to school and used it with threats that he would kill second graders.

The arbitrator, a liberal progressive paid for by the teachers’ union and city department of education, thought it was a joke, as he wrote in his decision, got paid a six-figure salary in the case, then retired.

His fees should be returned and he should be charged in an ideal world.

However, we live in a real world.

A parent testified that she unsuccessfully notified school principals, the representatives from the Office of Special Investigations, and the NYPD School Safety team. Instead of responding to resolve an issue, her child was emotionally and physically abused by administrators, including choking on the neck.  The principals were rewarded, one promoted and both retired with full retirement benefits.

Guidance counselors wrote documents for Children’s Protective Services that contradicted actual testimony and evidence produced at the hearing by opposition parents, students, supervisors, and representatives from the Administration of Children Services. Yet, nobody faced disciplinary actions except me for bringing children’s emotional instabilities to light.

I reported a student that seemed neglected who a year later brought a loaded gun to school and was arrested. The investigation into the gun incident was tampered with and principals were removed from the building and promoted into positions in other schools. I reported issues in a home where a girl seemed abused. A year later, the girl was removed from her home by CPS.

When I reported my concerns, I was reprimanded and punished.  Those who knew the students and their situations were rewarded.

In fact, documentation was submitted as evidence against me that was proven to be concocted directly as a result of my whistleblowing.

The arbitrator terminated me because, as he wrote, “Respondent has anointed herself the protector of abused children.”

Who should be? The teachers and principals that deliberately run from helping them. Ask the parents of those murdered in the 2018 Stoneman Douglas High School shooting or the three dead as a result of the shootings of Ethan Crumbley. School officials knew. Other students knew. Mandated reporters knew.

The teachers’ unions must be stopped from hiding the truth. 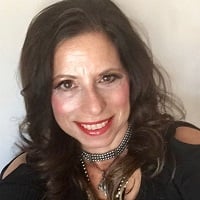