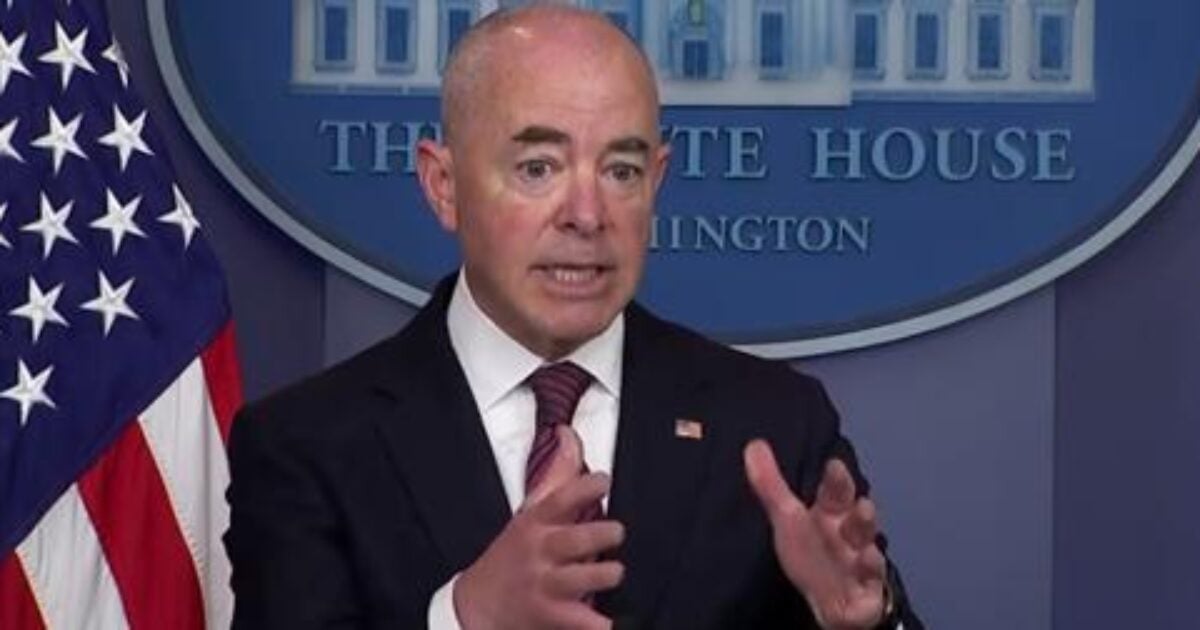 Homeland Security Secretary Alejandro Mayorkas admitted on Friday that the thousands of illegal Haitian migrants who’ve been relocated from Del Rio, Texas, and reportedly released into the United States were never once tested for COVID.

During a White House briefing alongside press secretary Jen Psaki, he was asked by a reporter whether any of the migrants had “tested positive” or displayed “any kind of symptoms.”

But Mayorkas quickly admitted that he didn’t have a clue.

“Yeah, so, we did not test that population of individuals. We do not know — I do not know, I should say, if I may be perfectly accurate — I do not know whether anyone was sick with COVID,” he responded.

“We certainly had some individuals get sick, not specifically with COVID, to my knowledge, and we addressed their illnesses. In fact, we set up medical tents that had a certain standard of ability to address medical needs,” he added.

The admission provoked outrage but not much shock. Few of the administration’s critics were surprised to learn that an administration already steeped in so much incompetence wouldn’t even test thousands of illegal migrants before releasing them.

There was also frustration over the disparate treatment because, while illegal aliens are being allowed to enter the U.S. test-free, not to mention vaccine free, American citizens are being subjected to an ever-expanding list of COVID diktats.

See some of the outrage below:

Sec Mayorkas told the American public that we didn’t test the 15,000 Haitian migrants living under the Del Rio Bridge last week for COVID-19.

Of course, if you want to eat in a restaurant in New York City you need to be vaccinated or tested.

Does anyone else see a problem here?

They’ve no idea if any of these people are sick. They are the only ones getting the benefit of a doubt; we citizens have been reduced to walking disease vectors. More convinced that they are our replacements.

And yet, a fully vaccinated mother has to have a negative COVID test to fly back into the US after seeing her soldier daughter in Germany after 20 months of a no fly period! How fair is that?

So I can’t get a cup of coffee in Manhattan without showing a vax card and these guys stroll throughout the States with no test? Luckily, according to Jen, that bastion of truth, the Haitians aren’t staying long.

That is insane. But America is required to get vaccinated. This is a disgrace !!

But every American citizen needs to get vaccinated.!

After the blow-up over the fake “whip” scandal earlier this week brought attention to the thousands of Haitian migrants illegally camped out underneath the Del Rio-Acuna International Bridge, the administration reportedly began moving the migrants.

On Thursday, the Associated Press confirmed that a “very, very large” number of them were “released in the United States” on the condition that they “appear at an immigration office within 60 days.”

Some of the Haitians have admittedly been deported by the Biden administration, but they appear to be far and few between.

AP reports Haitian migrants being freed in US on a ‘very, very large scale’ https://t.co/6gdjj7lfsy pic.twitter.com/n1Jy06L9Ey

During Friday’s bearing, Mayorkas admitted that “approximately 12,400” illegal Haitian migrants are set to “have their cases heard by an immigration judge to make a determination on whether they will be removed or permitted to remain in the United States.”

It’s presumed all 12,400 of them have been “released in the United States” in the interim.

The Biden administration’s assumption is that these untested, possibly COVID-positive migrants will show up to immigration court.

Testifying before Congress during the last border crisis in 2019, Trump-era Immigration and Customs Enforcement officials warned that 87 percent of released illegal aliens were simply disappearing into the U.S. And of those who did show up, only roughly 12 percent were even qualifying for asylum.

The administration was nevertheless stuck with no other option but to release the illegal migrants because of a ruling at the time by a federal judge in Seattle.

90 percent of asylum seekers don’t show up for court after they get here. Our immigration system is broken. But Democrats would rather waste time harassing President Trump than work with Republicans to fix the problem and secure our border. https://t.co/p8eZ2wh3y0

But at least the Trump administration tried to put a stop to it. With the Biden administration, it appears perfectly OK with a flawed status quo in which illegal migrants aren’t just released into the U.S. — but they’re released without any COVID testing.