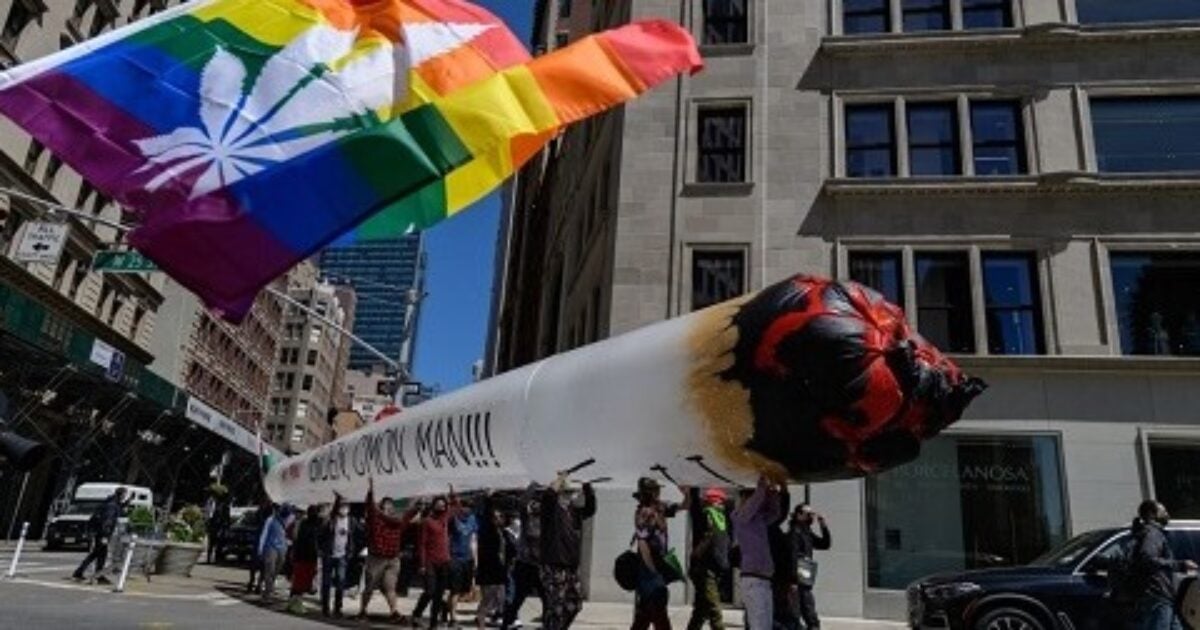 New York City has reportedly denied an affiliation of local U.S. military veteran groups a permit to march in their annual Memorial Day parade, apparently because of Mayor Bill de Blasio’s executive order on COVID restrictions, even though the city gave the green light, in one way or another, to a Manhattan pot rally earlier this month.

Said one prominent local vet about the situation under Mayor de Blasio, “Look, have any parade you want, I have no problem with that, but for the city to put dopeheads over vets is just dishonoring us.” Other vets described the denial as “a slap in the face” and “pathetic.”

U.S. Senate Majority Leader Chuck Schumer, D-N.Y., and New York State Attorney General Letitia James spoke at the cannabis rally, an event which reportedly received a police escort, on May 1. The rally also featured a huge inflatable spliff and celebrated the legalization of recreational marijuana in the Democrat-controlled state. Schumer wants to legalize pot at the federal level.

In what might be deemed a half-baked, if not inconsistent, decision, the NYPD — which presumably is subject to oversight by de Blasio’s office — denied the United Staten Island Veterans Organization (USIVO) permit in March for the group’s 102nd annual parade that is meant, this time around, to honor, in particular, the 30th anniversary of the Gulf War, and those who served in it.

According to an unnamed city official, the Staten Island vets’ mistake was in trying to follow the rules.

“People are just marching. That’s the new normal. The Staten Island people had the decorum and respect to go the proper way [and] they are suffering for their civic-mindedness. No one else is even asking permission,” the New York Post reported about the insider’s alleged remarks.

The Post added that the city has allowed “countless” BLM marches as well as a “slimmed-down” St. Patrick’s Day parade in March.

USIVO CEO James Haynes said that “All we ask is fairness under the law” for what he described as a State Island institution, silive.com reported.

The pot-rally organizers allegedly circumvented the bureaucracy by obtaining a “stealth” permit from the Parks Department rather the going through the NYPD.

The veterans’ group’s pro-bono lawyer suggested, however, permitting always goes through the NYPD for security reasons as well as for insurance considerations.

Attorney Brendan Lantry has written de Blasio in an attempt to get the denial reversed and plans to take the city to court, if necessary. “Under the equal protection clause, it’s unconstitutional for the city to pick and choose between groups like this. There’s a clear double standard going on here.”

“The city is now officially allowing crowds outdoors almost everywhere — at sports stadiums and music venues, even at other parades. Why is the Memorial Day (Parade) being singled for exclusion? Now more than ever, it is important that we come together to remember and honor those who sacrificed their lives for our country. The Mayor has to step in and allow this parade to happen.”

It remains to be seen if the far-left de Blasio, who some claim is one of the worst, if the worst, mayors in NYC history, will — in the end — allow the vets to march on Memorial Day.

Staten Island is the only Republican-leaning borough in New York City.