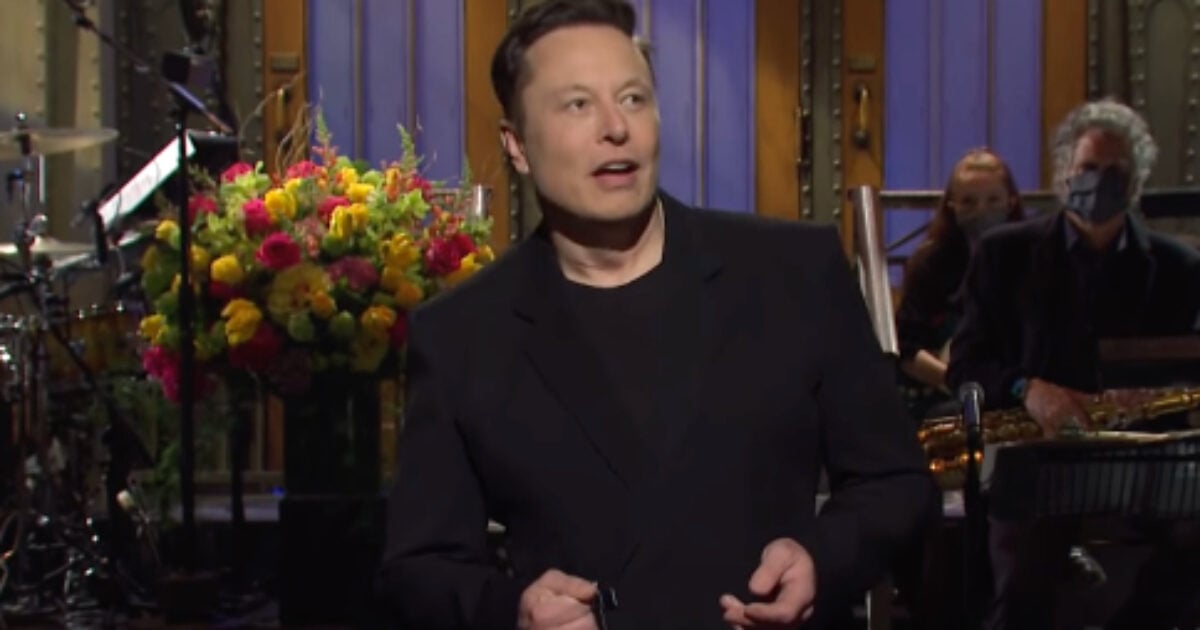 Dogecoin took a major hit Saturday evening after billionaire entrepreneur Elon Musk, who has pushed the cryptocurrency, mentioned it during his hosting gig on “Saturday Night Live.”

By Sunday morning, several hours after the SNL episode ended, the price of Dogecoin, which has also been pushed by the Dallas Mavericks owner Mark Cuban, and others — plunged around 31 percent, per online investment trackers.

And really, all it took was a mention by the SpaceX and Tesla founder.

The cryptocurrency first started falling after Musk’s mother, who appeared on the show with him, mentioned it during his opening monologue, Action Network reporter Darren Rovell noted.

“I’m excited for my Mother’s Day gift,” she said. “I just hope it’s not Dogecoin.”

As the show continued, financial writer Marcus Baram went on to note that the cryptocurrency was continuing to fall.

The first hour of SNL in #Dogecoin… pic.twitter.com/tq5Q7e2x93

Later in the program, Musk cracked wise on Dogecoin during the show’s “Weekend Update” segment.

here’s a clip of elon musk explaining what doge coin is on SNL….he said it’s a hustle 😂 pic.twitter.com/iyXbKH0FPZ

Meanwhile, StateScoop tech writer Benjamin Freed mocked the cryptocurrency’s fluctuating value before, during, and after SNL.

“All you need to know about the state of the U.S. economy is that for 90 minutes one night in May 2021, the value of a fake currency based on a dumb dog meme was susceptible to the whims of the Saturday Night Live writers’ room,” he wrote on Twitter.

All you need to know about the state of the U.S. economy is that for 90 minutes one night in May 2021, a the value of a fake currency based on a dumb dog meme was susceptible to the whims of the Saturday Night Live writers’ room.

Prior to Musk’s SNL hosting gig, the meme-inspired cryptocurrency surged in value, as noted by CNBC on Friday.

“Dogecoin is on another frenzied run higher, this time briefly helping to break Robinhood’s trading app in the process, and one analyst credits Elon Musk’s upcoming ‘Saturday Night Live’ appearance on May 8 for the latest spike,” the network reported.

In February, musk pushed Dodgcoin again after announcing that he had purchased a significant amount for his young son, who he named X Æ A-Xii.

“Bought some Dogecoin for lil X, so he can be a toddler hodler,” Musk tweeted, using the intentionally misspelled word, which is utilized in relation to cryptocurrency to signal buy-and-hold strategies.

“Musk first started tweeting about Dogecoin on February 4 and the cryptocurrency’s price has been surging ever since, sparking concern over the billionaire’s ability to move markets,” the Daily Mail reported.

Musk, who is afflicted with Asperger syndrome, a neurological disorder in which sufferers experience trouble with social interaction and nonverbal communication as well as restricted, repetitive behavioral patterns and interests, showed his interest in cryptocurrency earlier when Tesla announced the company had purchased $1.5 billion worth of Bitcoin, leading it to appreciate in value.

Since then, Bitcoin has declined somewhat, which led to overall losses in Tesla shares for the year.

Bitcoin at the time had a market capitalization of about $920 billion compared to a market value for Dogecoin of about $7.35 billion.

Earlier in the week prior to his SNL appearance, Musk referred to himself as “The Dogefather,” which he mentioned again during the program’s Weekend Update segment.

In December, a simple tweet from Musk mentioning Dogecoin led to a 20 percent rise in value, CNN reported.