Home Depot took to Fox News to defend itself against black religious leaders in Georgia pushing to boycott the corporation over its silence on the state’s new voting law.

Home Depot did not join the hundreds of corporate CEOs, celebrities, and activists who signed a statement condemning Georgia’s voting law. Home Depot was compared to companies like Coca-Cola and Delta who readily responded to the black communities’ concerns over the law. Pastor Jamal H. Bryant, one of the faith leaders condemning Home Depot, said the company’s inaction makes a boycott a “necessary evil” in a New York Times article on Tuesday.

The religious leader at the forefront of the boycott claimed the issue was about “securing the future of this democracy,” and claimed Home Depot “demonstrated an indifference, a lack of response to the call, not only from clergy, but a call from other groups to speak out in opposition to this legislation.”

Home Depot fired back by pointing to their corporate-wide efforts to support their employees’ right to vote.

In a statement to Fox News, Home Depot said it will “continue to underscore our statement that all elections should be accessible, fair and secure and support broad voter participation, and to continue to work to ensure our associates in Georgia and across the country have the information and resources to vote.”

In the last election cycle, the company launched an internal Get Out The Vote initiative to prompt their employees to vote, which resulted in 15,500 Home Depot associate voter registrations.

The company also told Fox News that it matched “more than 1,800 associates with local opportunities to volunteer at polling locations across the country, including 600 technology worker volunteers in Atlanta to support complex technology issues and cybersecurity related to the election.”

Home Depot employs more than 27,000 people in Georgia, according to Fox News. Degan McDowell said on Fox Business Wednesday, “I choose the walk over the talk.”

Republican Gov. Brian Kemp defended Home Depot and reprimanded the faith leaders’ initiative. “[Home Depot] did not ask to be in this political fight,” Kemp said. “It’s unfair to them, to their families, to their livelihoods to get targeted. This is a great company.”

Laura Ingraham tweeted Tuesday, “Who else is going to Home Depot today? Tweet pics of buying stuff in line!”

Who else is going to Home Depot today? Tweet pics buying stuff in line! https://t.co/eb9Phhkemo

Ben Shapiro tweeted, “Fine, only shopping at Home Depot from now on”.

Fine, only shopping at Home Depot from now on https://t.co/qtpDR6GWxn

Another account tweeted, “I think I will shop at Home Depot today. But I won’t touch a Coca Cola product.”

I think I will shop at Home Depot today. But I won't touch a Coca Cola product.https://t.co/rgqIAiYl8p 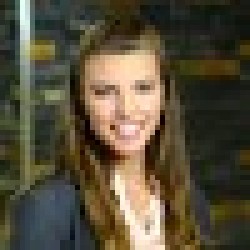