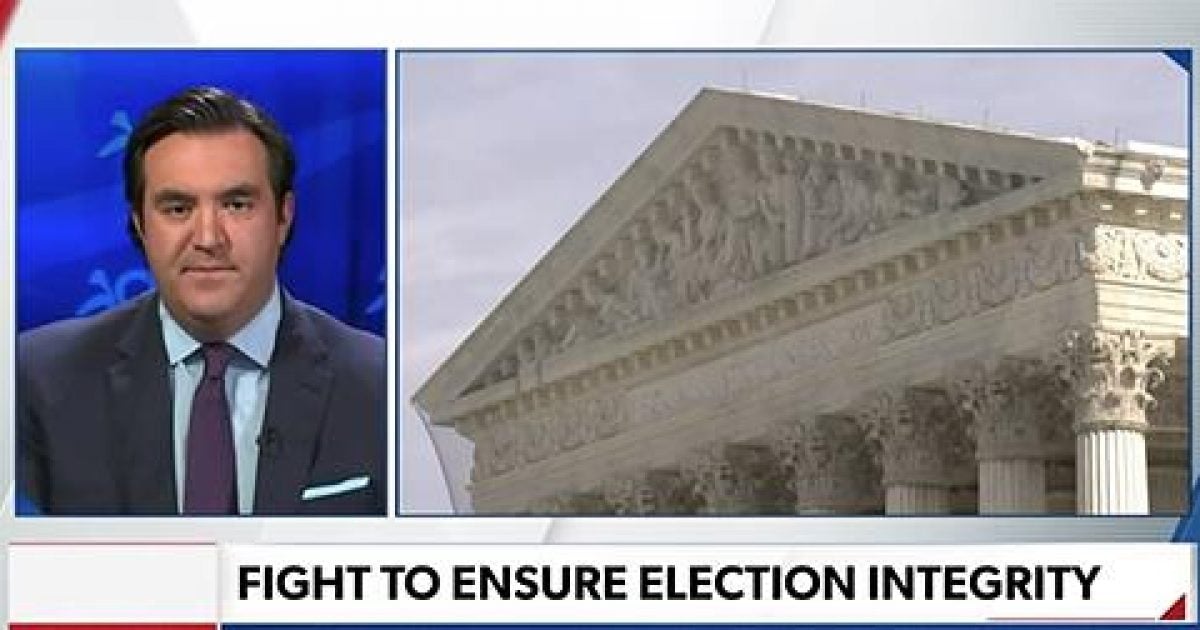 Attached to the bombshell lawsuit filed by Texas this week against Georgia, Michigan, Pennsylvania, and Wisconsin is an equally bombshell “declaration” from a high-profile economist who used data from the 2020 election to estimate the chances that Democrat presidential nominee Joe Biden rightfully won.

And according to the Pacific Economics Group’s Charles J. Cicchetti, an economist who was formally trained in statistics and has previously testified “as an expert witness” in numerous “civil, arbitration, and administrative proceedings,” the chances of Biden having won the election rightfully are one in a quadrillion to the fourth power.

Critics have rejected these numbers, with one Stanford professor explaining why the numbers laid out in the lawsuit are ‘incorrect’.

Stanford Professor Justin Ryan Grimmer is one of the detractors who explained on Twitter his point of view, ending with “I’m frankly embarrassed that such statistical incompetence would appear in such a high profile venue.” Grimmer is a senior fellow at the Hoover Institution and a professor in the Department of Political Science at Stanford University. His current research focuses on American political institutions, elections, and developing new machine-learning methods for the study of politics.

The error is found in an expert declaration from Charles Cicchetti available here, https://t.co/7PuNx4ykZY starting on pg 20,(paras 7, 10-21). pic.twitter.com/AHSIS6Oy33

But, of course, Biden is not the same as Hillary, these are different elections, and the electorate changes. So this probability teaches us very little about Biden’s true chance of victory.

The rest of his thread can be read here.

To reach this conclusion, Cicchetti compared a slew of related data points, including the following:

To analyze these data points, Cicchetti determined their z-scores.

Investopedia defines a z-score as “a numerical measurement that describes a value’s relationship to the mean of a group of values. Z-score is measured in terms of standard deviations from the mean. If a Z-score is 0, it indicates that the data point’s score is identical to the mean score.”

“A Z-score of 1.0 would indicate a value that is one standard deviation from the mean. Z-scores may be positive or negative, with a positive value indicating the score is above the mean and a negative score indicating it is below the mean.”

In this case, the z-scores were so off that Cicchetti concluded “with great confidence many times greater than one in a quadrillion in all four states” that the data underlying them cannot possibly be accurate.

This means, that according to the lawsuit itself, “[t]he probability of former Vice President Biden winning the popular vote in the four Defendant States — Georgia, Michigan, Pennsylvania, and Wisconsin — independently given President Trump’s early lead in those States as of 3 a.m. on November 4, 2020, is less than one in a quadrillion, or 1 in 1,000,000,000,000,000.”

View the suit and the attached appendices below:

With data like this backing it, the suit seems to boast a real chance of making a dent with the Supreme Court — unlike the Pennsylvania fraud case that was rejected by the court on Tuesday.

“The Supreme Court on Tuesday rejected an effort to overturn the results of the presidential election in Pennsylvania, signaling the high Court would not go along with President Trump’s unprecedented efforts to win another term despite a decisive defeat in the popular vote and Electoral College,” NPR reported.

“The lawsuit was brought by Republican Rep. Mike Kelly, who argued a 2019 state law authorizing universal mail-in voting is unconstitutional and that all ballots cast by mail in the general election in Pennsylvania should be thrown out.”

Speaking on Newsmax that evening, Jordan Sekulow, a member of the president’s legal team, said the Texas suit is the one to keep an eye on going forward.

“I can already report now the Supreme Court has put on the docket the parties: Georgia, Pennsylvania, Wisconsin, and Michigan. When you look at the states that were named, they have to now respond by Thursday at 3:00 pm to this bill of complaint. And they have to respond to very specific items,” he said.

“So the Supreme Court is not just considering what Texas filed today. They are now going the next step, which is saying we want a response from the states named — we want a response from Pennsylvania, from Wisconsin, from Georgia. So again, I think it’s very clear that this is the case we’ve been talking about to reach SCOTUS. This is the outcome-determinative case. Sixty-two Electoral College votes at stake. Enough to change the outcome of the election.”

He added that the suit seeks two forms of “relief.”

One is for the affected states’ GOP-led legislatures to be granted the authority to “seat new electors because the elections were violated” via violations of the Electors Clause, of the Equal Protection Clause, and of due process.

The other, a back-up plan, is for the states’ GOP-led legislatures to just go ahead and take up the matter of choosing the next president themselves.

“Then it goes to Congress by state. … House Republicans control that by 27 to 22, so it’d be Republicans choosing the next president if it had to go to the House of Representatives,” Sekulow explained.

“This is major though because the court didn’t just take this and issue an order denying it or something like that, or maybe coming up with opinions later on tomorrow. They are requiring these four states to actively respond.”

Suffice it to say, the chances of the president scoring a real victory with this case are likely significantly higher than one in a quadrillion.