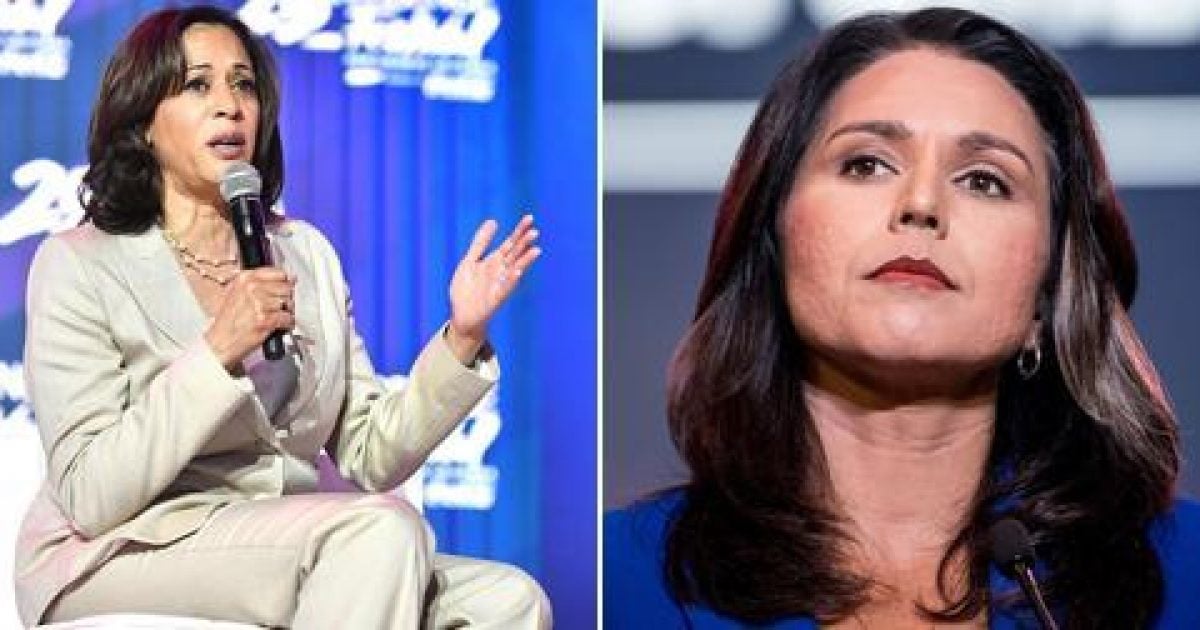 Democrat presidential candidate Rep. Tulsi Gabbard took a shot at fellow 2020 contender Sen. Kamala Harris this week so scathing that it could wind up reverberating up to and through the second set of presidential primary debates at the end of the month.

Speaking on Fox Sports Radio this Tuesday morning, the Hawaii legislator outright accused Harris of being unqualified to serve as president.

“Kamala Harris is not qualified to serve as commander in chief, and I can say this from a personal perspective as a soldier,” Gabbard said. “She has no background or experience in foreign policy and she lacks the temperament that is necessary for commander in chief.”

As far as foreign policy is concerned, the California senator appears to be an acolyte of former President Barack Hussein Obama, whose foreign policy decisions were considered by some to be among the worst in American history.

When asked in 2016 about the link between radical Islamic terrorism and the religion of Islam, for instance, Harris echoed Obama’s sentiment to a T, telling reporters, “[T]here are extremists who are using religion as a cloak to commit terror and terrorist acts. And I think it would be a mistake for any of us to mistake the religion for the terrorists.”

As for temperament, Gabbard may have been referencing her 2020 opponent’s habit of throwing temper tantrums like the one she threw during Supreme Court Justice Brett Kavanaugh’s confirmation hearings last year. At the time, Harris stormed out of one hearing to make some sort of grandiose statement:

Moments ago I walked out of the Senate Judiciary Committee hearing on Kavanaugh. This hearing is a sham and Dr. Ford and the American people deserve better.

Senate Democrats, flanked by women of the House, are decrying Judiciary Committee as a sham. ⁦@KamalaHarris⁩ : “This is about raw power.” pic.twitter.com/7udNeoB9ky

Continuing her criticism of Harris on Tuesday, Gabbard contrasted her first-hand experience with war and foreign policy with the California senator’s notable lack of experience.

“I’ve seen the cost of war firsthand,” she said. “I’ve experienced the consequences of what happens when we have presidents — as we have from both political parties in the White House — who lack experience, who lack that foreign policy understanding, who therefore fall under the influence of the foreign policy establishment, the military-industrial complex. This is what’s so dangerous. This is what we’ve seen occurring over time.”

She also seemed to accuse her 2020 opponent of being someone who’d fall prey to the whims of hawkish officials. Is this allegation rooted in any facts, though?

Perhaps. Harris has been described by many as a “narc” as per her past work as a tough prosecutor who prioritized locking people up over upholding real justice.

“Time after time, when progressives urged her to embrace criminal justice reforms as a district attorney and then the state’s attorney general, Ms. Harris opposed them or stayed silent,” an associate professor at the University of San Francisco School of Law, noted in a piece for The New York Times earlier this year.

“Most troubling, Ms. Harris fought tooth and nail to uphold wrongful convictions that had been secured through official misconduct that included evidence tampering, false testimony and the suppression of crucial information by prosecutors.”

She seems like the type of person who would thrust the United States into a war based solely on a flawed premise, e.g., false reports about weapons of mass destruction …

Gabbard on the other hand has always been stalwart in her willingness to buck the pro-war establishment:

For @MeghanMcCain and those clamoring for regime change wars: Sen McCain “The (Iraq) war, with its cost in lives and treasure and security, can’t be judged as anything other than a mistake, a very serious one, and I have to accept my share of the blame for it.”

“This is personal to me, as it is to so many of those who I served with,” she continued Tuesday. “And it’s why I am running for president, because i know that I’ll be ready with the experience that I have — serving as a soldier over 16 years, deploying twice to the Middle East, working in Congress for almost seven years on the Foreign Affairs, the Armed Services and Homeland Security committees. I’ll be ready on day one to walk into the Oval Office and fulfill that most important responsibility the president has to serve as commander in chief.”

Another defining difference between her and Harris is their perspectives on identity politics. Whereas the California senator has no qualms about using race, religion, gender, sexuality, etc., to score political points, Gabbard is adamant in her belief that identity politics is bad for America.

“It’s really dangerous because it’s dividing our country and dividing people whether it’s based on race, ethnicity, religion, or orientation,” she said. “Politicians are playing these identity politics cards, not because they care about the problems that folks are experiencing in their lives, but really to say ‘hey vote for me because I’m this, or we share the same label and those guys with THAT label are the bad guys’.”

“These are all political ploys and such a disservice to the American people. It goes against the principal values that our country was founded on.”

The phrase ‘identity politics’ is often used to either marginalize the topic of discussion or to shut people up. Not anymore. Where America stands on these issues is about America’s identity. pic.twitter.com/Ccu5s2wPhf