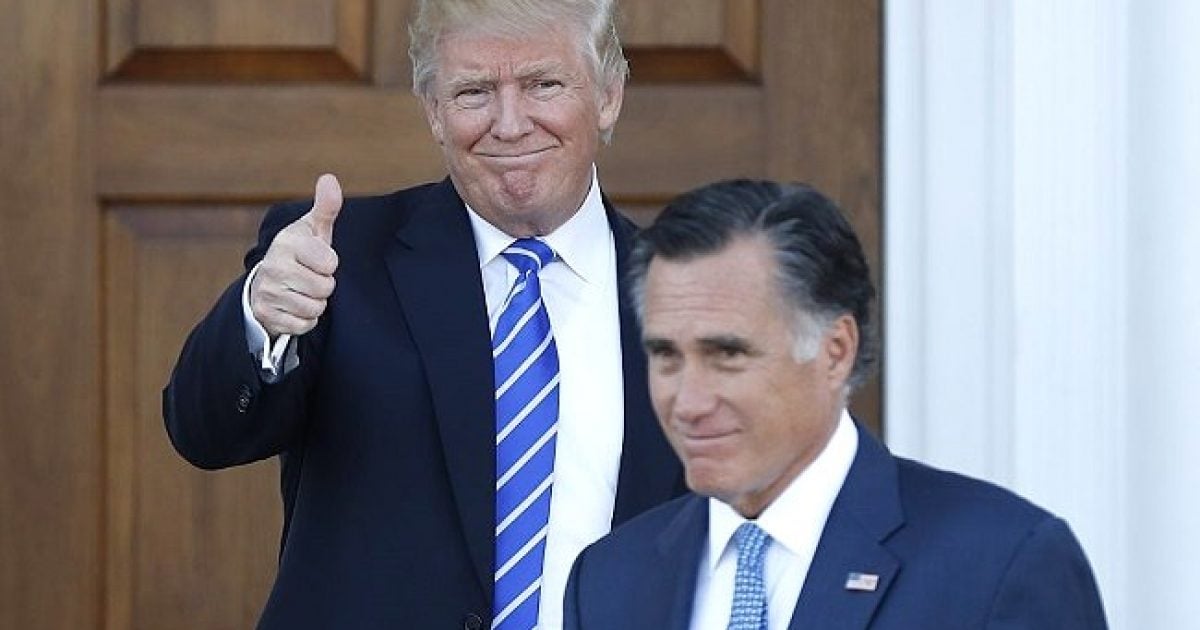 “The enemy of my enemy is my friend.” Just ask President Trump, who endorsed former nemesis Mitt Romney as senator.

“Mitt Romney has announced he is running for the Senate from the wonderful State of Utah,” Trump tweeted. “He will make a great Senator and worthy successor to Orrin Hatch, and has my full support and endorsement!”

The endorsement has taken many by surprise given the rocky relationship the business moguls have had over the years. But in business and in life, political alliances of convenience are often necessary.

Just look at Barack Obama, who enthusiastically backed Hillary Clinton for president in 2016 even though she viciously attacked him when she ran against him in 2008.

Romney, who was the GOP presidential nominee in 2012, responded to President Trump’s support with gratitude. “Thank you Mr. President for the support,” he tweeted.

Thank you Mr. President for the support. I hope that over the course of the campaign I also earn the support and endorsement of the people of Utah.

Trump’s endorsement has raised eyebrows, given Romney’s vitriolic attacks against him in the past. But it’s probably no surprise to Senate Majority Leader Mitch McConnell, who understands that you sometimes have to align with enemies to take down a bigger foe.

McConnell said last week that he can’t imagine President Trump wouldn’t endorse Romney since Republicans need every ally possible to maintain their control of the Senate. “We don’t want to lose the seat, and [Mitt] looks like a pretty formidable candidate,” McConnell told the New York Times.

Romney, a 70-year-old multi-millionaire, is a former Massachusetts governor who’s running to fill the Senate seat being vacated by Utah Senator Orrin Hatch. Hatch will retire in 2018 after having served since 1977.

At 83, Orrin Hatch is one of the oldest members of the United States Senate. The oldest is Democratic Senator Dianne Feinstein. Feinstein recently confirmed she plans to run for re-election, even though she admitted she has “slowed down mental facilities.”

In November 2016, the press went wild amid reports that then President-elect Donald Trump was considering Romney as Secretary of State. The news was shocking because Romney did everything possible to ensure Trump would lose to Hillary Clinton.

When he was reportedly under consideration for secretary of state, Romney said he felt optimistic about the future of the United States with Trump as president.

“What I’ve seen through these discussions I’ve had with President-elect Trump give me increasing hope that he is the very man that can lead us to that future,” Mitt enthused.

Romney’s sycophantic praise was a stunning about-face from March 2016, when he held two press conferences to trash Trump as a “fraud, a phony, and a con man.” That’s something most Trump supporters will never forget.

To his credit, Mitt Romney correctly called out Russia as America’s “No. 1 geopolitical foe” back in 2012.

And Obama mocked him, snarking: “The 1980s are now calling to ask for their foreign policy back because the Cold War’s been over for 20 years.”

Why did Obama refuse to call out Russia as an enemy of the United States in 2012? Isn’t this “Russian collusion?”

Retweet so your friends see this. Obama "This is my last election. After my election I have more flexibility." Russian President "I understand. I will transmit this information to Vladimir and I stand with you." 🧐🤔….. pic.twitter.com/fg2arduP3c