Like Marlon Brando’s character Terry Malloy in “On the Waterfront”, Vermont’s U.S. Sen. Bernie Sanders coulda been a contender.

“I coulda been somebody, instead of a bum, which is what I am, let’s face it.” You can almost hear Sanders, his Brooklyn accent running thick, screaming at former Democratic National Committee Debbie Wasserman Schultz.

But Sanders’ run for the Democratic presidential nomination wasn’t meant to be, if you look at the raw numbers. It didn’t help that Wasserman Schultz, a Florida congresswoman, skewed support to Hillary Clinton, according to recently hacked emails and voice messages. The 12 states and territories listed below  were decided by popular vote in favor of Hillary Clinton by an aggregate  margin of  65,511 votes, which is a mere 0.21 percent of the total 31,581,279 Democratic primary votes cast nationwide. But ponder this: What difference would it make did the Democrat establishment hadn’t sabotaged Sanders?

Let’s go back to “On the Waterfront” and this scene with Brando and Eve Marie Saint, who played Edie:

Edie: “Which side are you with?” 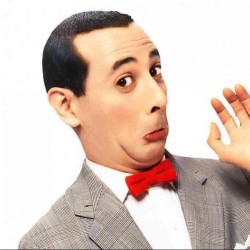