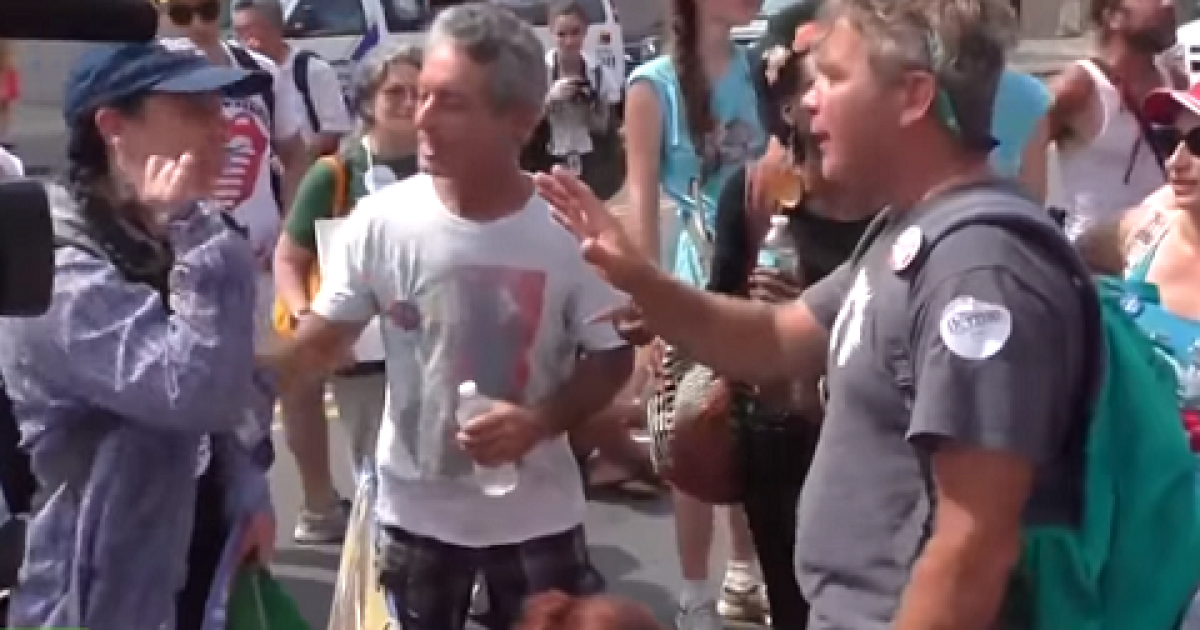 While Sen. Bernie Sanders, I-Vt were inside the Democratic National Convention (DNC) booing every speaker they could, others were outside shouting each other down.

In a hilarious altercation between two Bernie social justice warriors, a white woman began “privilege checking” the white men in the protests, screaming at them for being white and male.

“Why don’t you two shut up and let the people who aren’t white, cisgender males talk,” the woman screamed at the male Bernie supporters. “If you don’t want to be here and you don’t agree with the tactics, then march your *ss down to the DNC!”

“That’s white feminism…. I’m just a white guy,” one of the men mockingly said back to the woman.

Protests outside of the DNC have been primarily based around Bernie supporters who say they will not vote for Hillary Clinton come election day.

Green Party candidate Jill Stein is also holding rallies outside of the DNC, trashing Clinton for her record and courting former Bernie supporters.