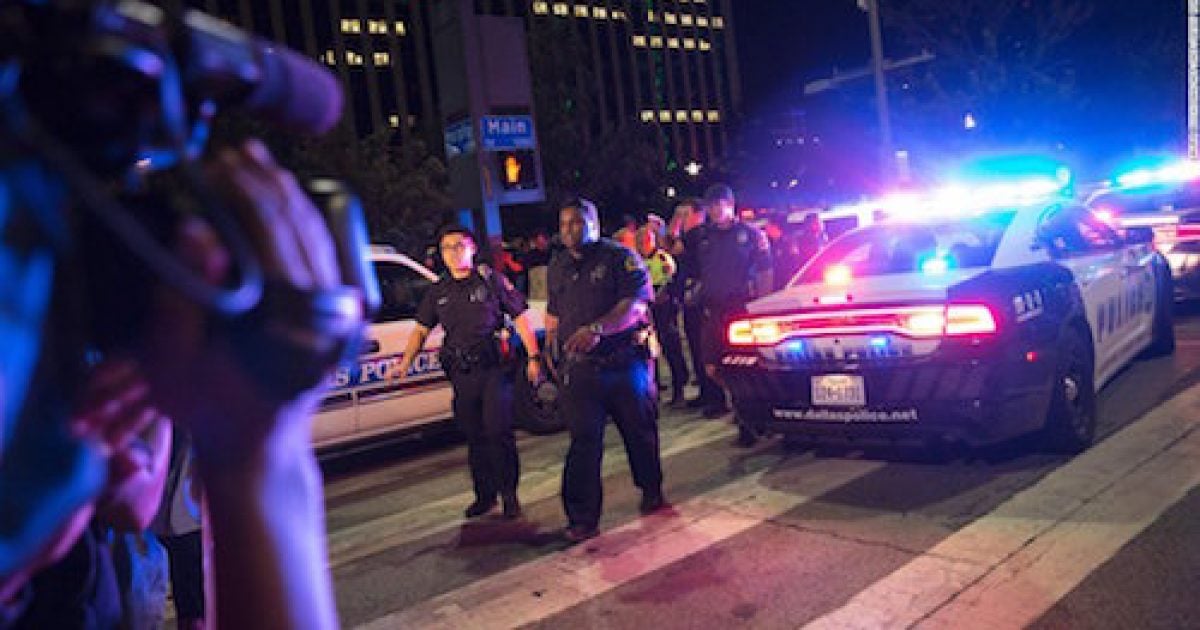 After four snipers murdered five law enforcement officers in Dallas, injured six others as well as a civilian, CNN, which bills itself as “the most trusted name in news,” decided to go after legal gun owners.

The network tweeted that “Texas has over 1 million handgun permit holders, with more than 57,000 in #Dallas County,” leaving the reader with the suggestion that there’s a direct correlation between mass shootings and the number of people who legally own firearms.

Texas has over 1 million handgun permit holders, with more than 57,000 in #Dallas County https://t.co/PoVvPVIQBg pic.twitter.com/PA03016ypS

The vast majority of responses were negative. Here are some examples:

@CNN this is highly inappropriate.

@Phil_Einsmann @CNN <= #PoliticalWhores have to stick to the narrative they r commanded 2 push. Think you need new narrative.. #ThugControl

@CNN How predictable. Let a tragedy occur and leftwing organizations like CNN want to make it a ‘gun control’ issue for their own purposes.

@CNN don’t let a tragedy go to waste to push your agenda.

The article that the tweet promoted reported that “Of the 27.5 million people who live in this southern U.S. state, more than 1 million people are licensed to carry a handgun. Dallas County has 57,620 licensees — the third highest number in the state, following Harris (139,563) and Tarrant (71,504) counties.”

The network’s logic however, is misplaced to the point of being twisted backwards.

The results of a study published in the Harvard Journal of Law & Public Policy, and prepared by two criminologists – Prof. Don Kates and Prof. Gary Mauser — indicates that if a correlation exists between gun ownership and violent crime, it’s a negative one.

The study “set out to answer the question in its title: ‘Would Banning Firearms Reduce Murder and Suicide?” A Review of International and Some Domestic Evidence,’” the American Civil Rights Union reported.

“Contrary to conventional wisdom, and the sniffs of our more sophisticated and generally anti-gun counterparts across the pond, the answer is ‘no.’ And not just no, as in there is no correlation between gun ownership and violent crime, but an emphatic no, showing a negative correlation: As gun ownership increases, murder and suicide decreases.” (Emphasis added)

Time for CNN to go back to the drawing board.