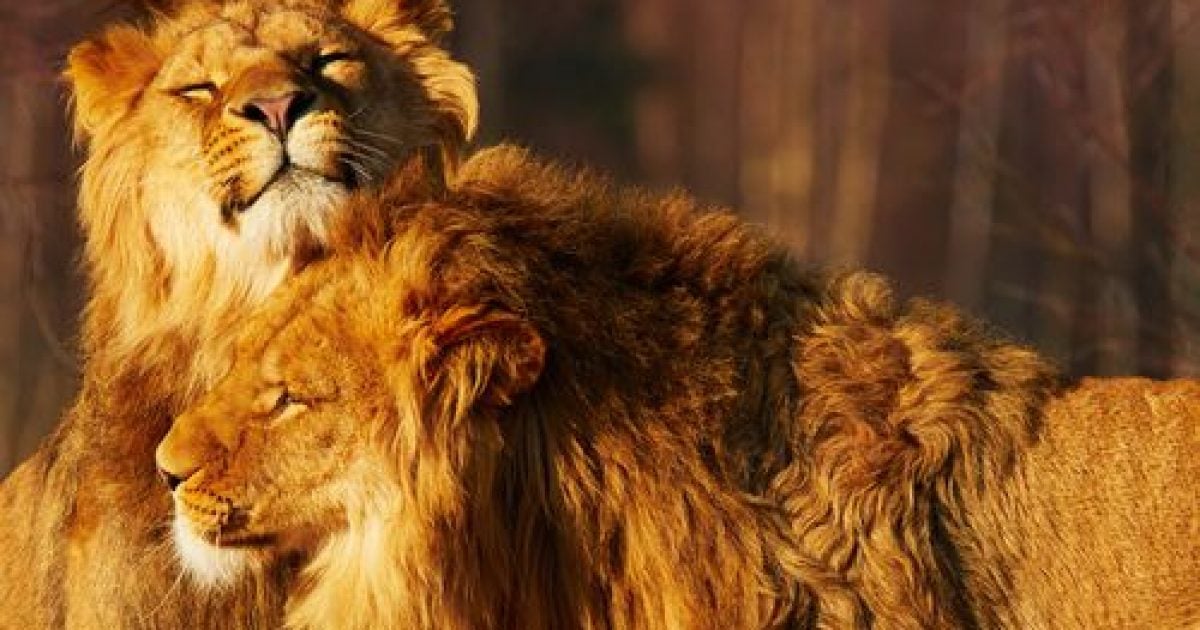 Previous reports by multiple outlets which purported to show two male lions mating has been debunked.

According to National Geographic, the bottom lion photographed by Nicole Cambre is likely a female African lion with a mane, an animal regularly seen in northern Botswana.

One of the photos shows the two animals rubbing their heads against each other, which is not unusual behavior for males as part of a dominance display, notes Kathleen Alexander, an African lion expert and professor at VirginIa Polytechnic Institute in Blacksburg.

As for the mating, “I’ve never seen male-to-male interaction like that, and I’ve been working [in Botswana] for 20 years,” she says. “I would say it’s more likely a maned lioness.”

Slate gave its analysis on the matter in an effort to preserve the original narrative.

But there’s a silver lining to this traditional P-in-V love story—namely, that it’s not so heteronormative after all! A biologically female lion with a mane is a gender ninja, a masculine-of-center nonbinary lion, or some kind of fabulous drag king.

This genderqueer savanna cat will not hem in its gender presentation to conform to your suffocating boxes or your feel-good assimilationist gay love story. This male top is actually maybe vers, and just because his sex partner isn’t femme doesn’t mean he’s gay.

@Slate regardless, those are the fiercest manes I've seen all season

@Slate BS Lions will die as a species if this were the norm.