Arizona Sen. Kyrsten Sinema announced Friday that she was leaving the Democratic Party and registering as an independent.

“In a natural extension of my service since I was first elected to Congress, I have joined the growing numbers of Arizonans who reject party politics by declaring my independence from the broken partisan system in Washington and formally registering as an Arizona Independent,” she wrote on Twitter Friday.

Sinema has long be considered one of the more centrist members of Congress, drawing ire from the Democratic Party for refusing to back changes to the filibuster and, along with West Virginia Democratic Sen. Joe Manchin, preventing key legislation from being passed in the 50-50 Senate She argued that an increasingly polarizing political environment had many substantial policy progress difficult, and that registering as an independent was the best way to represent her constituents.

“In catering to the fringes, neither party has demonstrated much tolerance for diversity of thought,” she wrote in an Arizona Republic op-ed Friday further elaborating on her decision. “Bipartisan compromise is seen as a rarely acceptable last resort, rather than the best way to achieve lasting progress. Payback against the opposition party has replaced thoughtful legislating.”

The Arizona senator did not say whether she will formally caucus with the Democrats like fellow independents Angus King of Maine and Bernie Sanders of Vermont, according to CNN. However, Sinema has generally voted with Democrats, and is up for reelection in 2024.

In a natural extension of my service since I was first elected to Congress, I have joined the growing numbers of Arizonans who reject party politics by declaring my independence from the broken partisan system in Washington and formally registering as an Arizona Independent. 1/3 pic.twitter.com/jUQHAeuxym

“Most Arizonans believe this is a false choice, and when I ran for the U.S. House and the Senate, I promised Arizonans something different,” she wrote. “I pledged to be independent and work with anyone to achieve lasting results. I committed I would not demonize people I disagreed with, engage in name-calling, or get distracted by political drama.”

Sinema first announced the decision in an interview with CNN late Thursday.

“I’ve registered as an Arizona independent. I know some people might be a little bit surprised by this, but actually, I think it makes a lot of sense,” Sinema said. 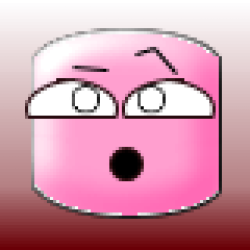