Supreme Court Justices sparred Monday with the general counsel for Alliance Defending Freedom (ADF), which is representing a Christian web designer, over potential discrimination against the LGBTQ and minority communities surrounding a Colorado anti-discrimination law.

Smith’s original lawsuit was filed in 2016 with the District Court of Colorado before ending up at the Supreme Court. In the lawsuit, Smith explains that under the current Colorado law she would be unable to promote “her understanding of marriage,” violating her First Amendment rights.

Justice Jackson made several references to the film “It’s a Wonderful Life,” using the movie as an example of how allowing Smith’s request could be used to discriminate against minorities.

Kagan pushed ADF’s CEO and general counsel for Smith, Kirsten K. Waggoner to answer whether the relief her client was asking for was just simply discrimination.

“The question is can a website designer say ‘sorry that’s not my kind of marriage,’” Kagan stated. “There’s no ideology, there’s no nothing.”

“There is an ideology and different views on marriage and the court’s promise in Obergefell was to protect those who would believe marriage is between a man and a woman from having to express a view that violates their conscience,” Waggoner answered.

The Colorado Anti-Discrimination Act passed in 2007 that banned discrimination based on “sexual orientation, gender identity, and religion,” according to Faegre Drinker.

Waggoner had opened her arguments by pushing back against the idea that Colorado has the right to compel speech.

“The state forces Ms. Smith to create speech, not simply sell it,” Waggoner stated. “Next Colorado says it can compel speech on the same topic, but Ms. Smith believes opposite-sex marriage honors scripture and same-sex marriage contradicts it. If the government can label this speech equivalent it can do so for any speech whether religious or political.”

Solicitor General Eric Olsen refuted this claim in his opening, arguing that the effects on Smith’s First Amendment rights were “incidental.”

“The company can choose to sell websites that only feature biblical quotes, describing a marriage as only between a man and a woman. Just like a Christmas store can choose to sell only Christmas-related items,” Olsen argued. “The company just cannot refuse to serve gay couples as it seeks to do here, just as a Christmas store cannot announce no Jews allowed.”

Justice Amy Coney Barrett asked if Smith would create a website for a couple that was unfaithful in a previous marriage? Waggoner replied Smith would not due to it going against the Biblical view of marriage.

“So it’s about the message and not about the sexuality of the couple that asked her to express it that matters,” Barrett said as a follow-up. Waggoner agreed with Barrett’s characterization.

During the defense’s arguments, Justice Gorsuch pressed Olsen about concerns that Colorado’s law would force business owners like Smith to “change their religious belief” to satisfy the law. Gorsuch also brought up a previous Supreme Court case, Masterpiece Cakeshop, LTD., et al. v. Colorado Civil Rights Commission et al, regarding Colorado baker Jack Phillips after he was sued for not baking a cake for a gay couple.

“Mr. Philips did go through a reeducation training program pursuant to Colorado law, didn’t he Mr. Olsen,” Gorsuch asked. “It was a reeducation program right?”

Olsen denied that it was a “reeducation program” as the justice described.

“It was a process to make sure he was familiar with Colorado law,” Olsen argued.

Gorsuch didn’t appear convinced, “Someone might be excused for calling that a reeducation program.”

Olsen and the Supreme Court did not reply to the Daily Caller News Foundation’s request for comment. 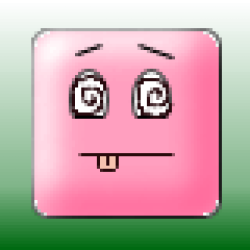