The pressure from concerned parents to hold activist educators in check has been making an impact, but that exposure has encouraged a brazen turnabout as one Florida school board member openly admitted to “working from the inside” to promote “woke” ideologies.

Support Our Schools is a nonprofit organization working toward “TRUE public education” based out of Sarasota, Fla. Recently, they hosted a public event called “History in the UN-Making” where they criticized Gov. Ron DeSantis’ (R-Fla.) efforts to keep critical race theory and gender theory out of the curriculum as a “whitewash” of history.

As part of the event, Sarasota school board Vice Chair Tom Edwards was granted an opportunity to speak and he took his turn to encourage fellow attendees that they have backup on their woke crusades.

I dont want to hear 1 more member of the media or Democrat state that 'WOKE' is a @RonDeSantisFL created boogeyman.

Here we have a sitting SCHOOL BOARD MEMBER bragging about being 'WOKE', working from a 'STRATEGIC SPOT' in 'THE INSIDE' & forming WOKE COALITIONS around the state. pic.twitter.com/65F6N1Xdqu

“And we’re working in the best strategic spot because we’re on the inside, we’re working from the inside,” Edwards unabashedly declared. “And it’s–from my point of view, I’ve spent not quite two years to earn credibility and to earn trust. That is a long, slow process. But I’m not the only one in the state of Florida.”

“And I need to tell you so that you feel a little better, there are coalitions forming to protect you,” he went on at the event that asked of Florida’s Civics standards, “Will these standards provide an accurate perspective of American history or is American history being erased & rescripted?” 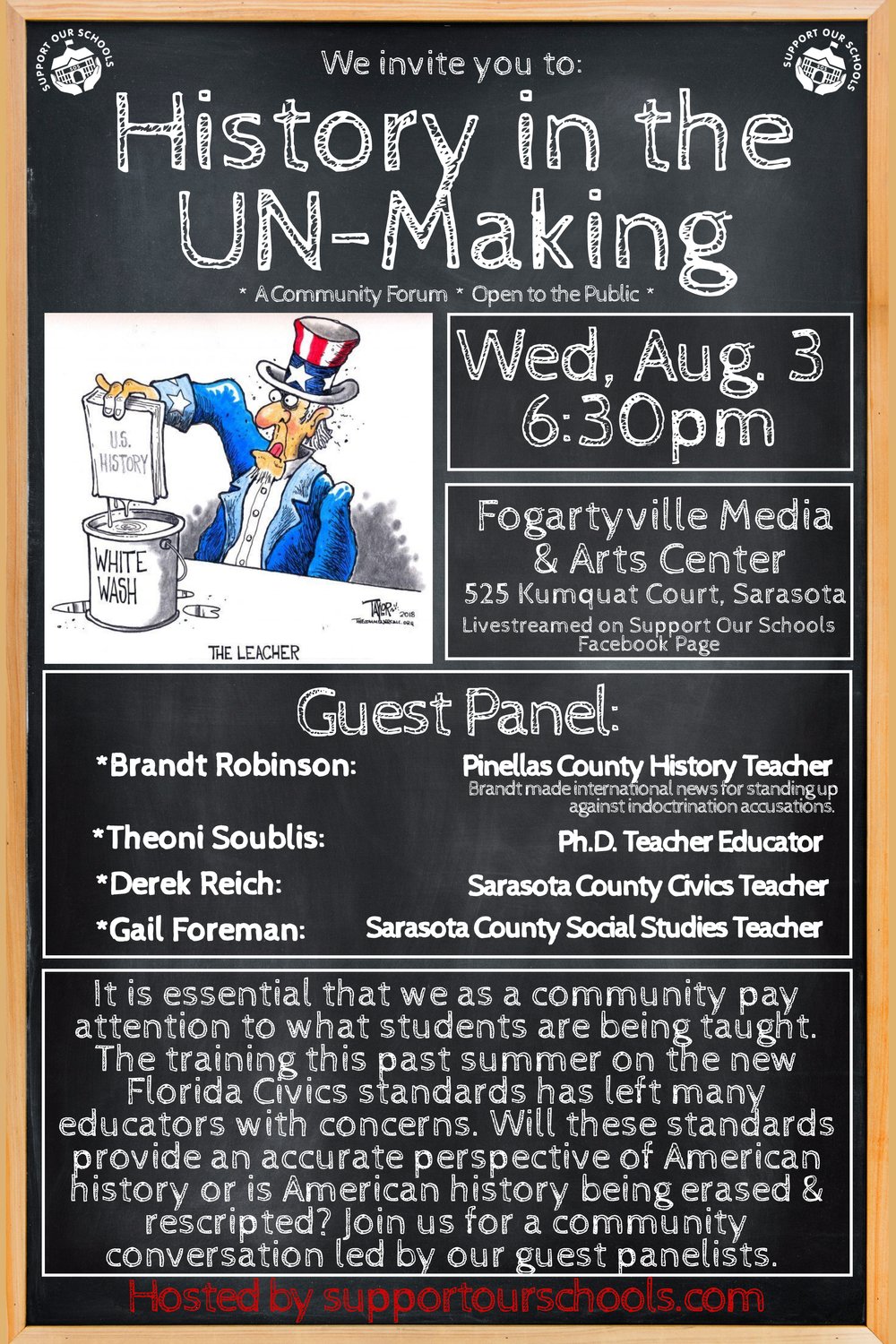 The video was shared by Republican Party of Florida Vice Chairman Christian Ziegler who is married to Edwards’ outspoke conservative peer on the Sarasota school board, Bridget Ziegler. She had notably spoken out when her board had a concerned citizen thrown out of their meeting for attempting to criticize a member.

Melissa Bakondy had been escorted out by officers after Chairwoman Jane Goodwin stated, “You cannot go and expound on school board members. I’ve told you, I’ve warned you several times. You’re done, goodbye,” before asking whether or not Bakondy even had children.

‘You are way out of line!’ School board member blasts bully colleague who removed mom for what she is ‘about to say’ https://t.co/cKiNGQGMme pic.twitter.com/c4ETZltjat

“That is not appropriate,” Ziegler said at the time. You don’t get to ask people who come to a public meeting whether they have children or not. Period. You are way out of line.”

Ziegler, who has since been endorsed by DeSantis ahead of the August 23 school board elections, reacted to Edwards’s comments at the Support Our Schools meeting and told Breitbart, “Tom Edwards and Radical Liberal Activists push a narrative blaming parents for the heated tone at School Board meetings, claim that indoctrination isn’t happening, and call frustrated parents who are fighting to protect their children ‘domestic terrorists.”

“He and his radical activists proclaim to be part of the ‘moderate majority’ in attempt to fool the public,” she went on. “Meanwhile he’s out there boasting about being WOKE, being strategic and working on the ‘inside’ to form Coalitions to advance his WOKE Agenda.”

“There is a playbook, and, what I think so many people have now realized, as the result of the great parent awakening after COVID, the same playbook that happens in Sarasota County happens across the state and happens across the country,” Ziegler continued. “It’s largely based on indoctrinating local policy officials all the way down to professional development [given] to the educators, and that trickles down to indoctrinating our students with a very left, progressive agenda.”