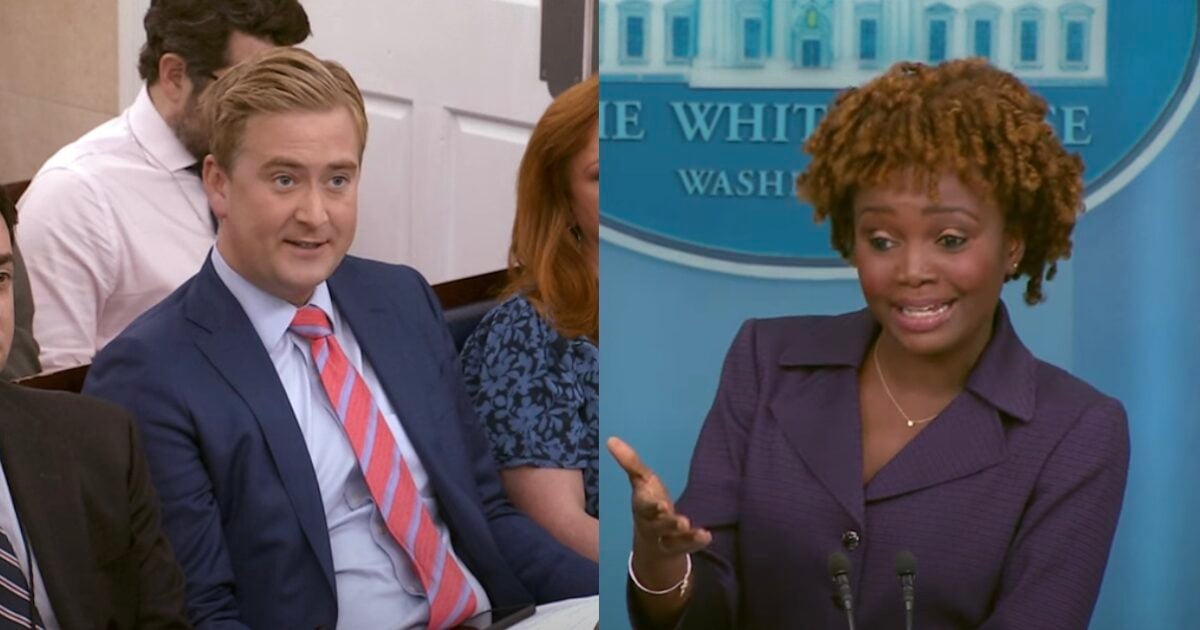 White House press secretary Karine Jean-Pierre may as well have credited President Joe Biden for the sun rising Friday morning with her latest approval-seeking spin, but Fox News correspondent Peter Doocy wasn’t having it in their most recent back-and-forth when he asked, “this is great!?”

The midterms are fast approaching and after months of the current administration blaming anything they could for gas prices attaining a national average of $5 per gallon while suggesting that the burden was beyond their control, they now want to take credit for the decline. The reality is Americans are still be rocked by Biden’s disastrous economic policies, and during the White House press briefing, Doocy wasn’t about to let Jean-Pierre off the hook so easy.

“Why is the president bragging today about gas prices?” he asked, only to initially receive the blunt response, “Because it’s gone down.”

Doocy: Why is Biden bragging about gas prices?

KJP: "Because it's gone down…" pic.twitter.com/vgqbSoX8JG

“It’s still $1.72 higher than when he took office,” Doocy fired back to set the record straight.

While Biden was correct when he stated earlier that same day, “You know, we’ve seen some progress. Gas prices are coming down. They’re down almost a dollar a gallon where–from where they were just a month ago,” to call that progress a win left one person suggesting the president rationalized like a gambler.

He absolutely believes, and tells people, he won $350 because he didn't lose all of his money, even though he lost $150.

Jean-Pierre continued to defend the “historic” claims that Biden has grown fond of making throughout his administration, like the historic job growth that really amounted to people returning to work after the economy was shut down over a pandemic and the historic deficit cut after a year of exorbitant spending in the trillions.

“It is come down in a way that we haven’t seen–its trajectory coming down–in over a decade.”

“You want to talk to a nurse or a teacher or a firefighter if having that little bit of breathing room doesn’t matter to them?” she shot back, seeking moral superiority.

The Fox News correspondent was unfazed by the effort and turned Jean-Pierre’s argument against her, “Are nurses and teachers and firefighters saying, ‘Gas prices are only $4.11, this is great!?'”

“When you think about 85 cents per month for a family member, you think that doesn’t matter for everyday Americans? That matters,” the press secretary contended.

Biden is just the best!

Perhaps her argument in favor of a victory lap for Biden would have a little more weight if the president hadn’t so often asserted that a higher power was needed for America to get through the economic turmoil it has been facing.

“When it comes to the gas prices, we’re going through an incredible transition that is taking place that, God willing when it’s over, we’ll be stronger and the world will be stronger and less reliant on fossil fuels when this is over,” Biden had said.