UPDATE: This article has been updated to reflect the fact that the Senate Committee on Environment and Public Works will vote on Goffman’s nomination Wednesday, according to a source familiar with the matter.

Joseph Goffman, an Obama-era EPA official who was executive director at Harvard Law School’s Environmental Law Program between 2017 and 2021, was selected by Biden in March to lead the EPA’s Office of Air and Radiation (OAR). The OAR, which sets National Ambient Air Quality Standards (NAAQS) through the Clean Air Act, should not be led by someone seeking to “expand regulatory authority” for the Clean Air Act — the 23 activists wrote in their letter Tuesday to the Senate Committee on Environment and Public Works.

“Mr. Goffman is yesterday’s EPA regulator,” Myron Ebell, director of the Competitive Enterprise Institute’s Center for Energy and Environment, who led the coalition letter, told the DCNF. “The Senate should only confirm nominees who know how to follow the law, and that leaves Mr. Goffman out.”

Goffman was a key player behind the failed Clean Power Plan — an Obama-era plan to reduce greenhouse gas emissions by regulating carbon dioxide (CO2). Critics held that the plan, which was stayed by the U.S. Supreme Court in 2016 and ruled unconstitutional in June 2022, would stifle job creation and growth as well as overextends the EPA’s authority.

The Clean Air Act “defines EPA’s responsibilities for protecting and improving the nation’s air quality and the stratospheric ozone layer,” according to the EPA. The act allows the EPA to set NAAQs, known as criteria pollutants, “to protect public health and public welfare and to regulate emissions of hazardous air pollutants,” according to the agency.

Goffman, who Harvard Law School cites as the “EPA’s law whisperer” for his expertise in “teaching old laws to do new tricks,” oversaw controversial rules while serving under former President Barack Obama that “have done tens, and arguably hundreds, of billions of dollars of economic damage,” according to the activists.

MATS was struck down by the U.S. Supreme Court and put coal mines out of business as well as raised electric prices, Ebell pointed out. 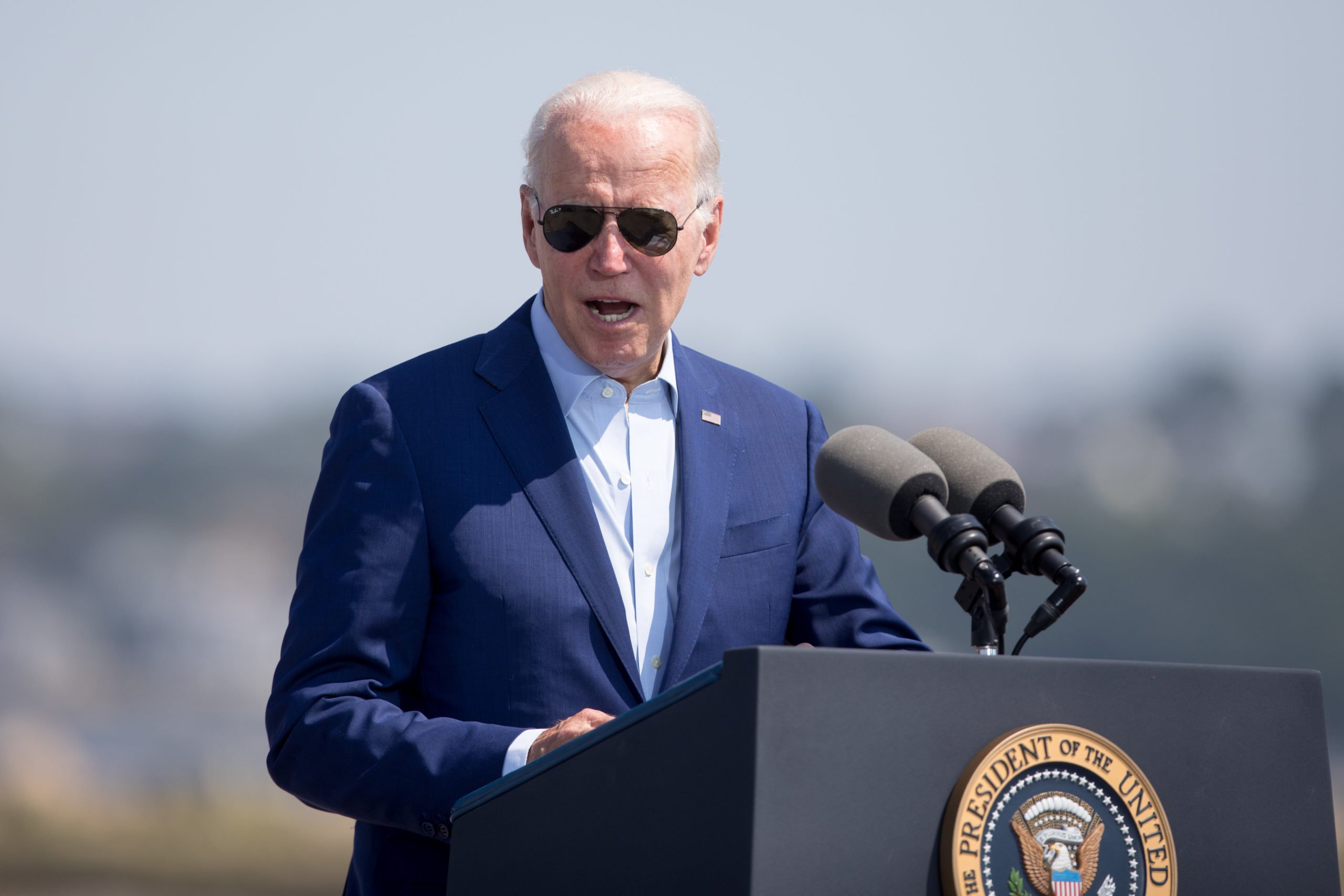 The activists also criticize Goffman for allegedly aiding Democratic attorneys general while at Harvard Law School to sue the EPA to make the agency set NAAQs for ozone “that would target the causes of climate change—that is, greenhouse gas emissions—on the grounds that climate change will raise ozone levels.”

In 2019, Goffman corresponded with the New York attorney general’s office, who sought to know how to use ozone NAAQs to get C02 regulated as a “criteria pollutant,” according to Energy Policy Advocates, a nonprofit seeking to “bring transparency to the realm of energy and environmental policy” that obtained emails through a public records request.

“As head of OAR, Goffman would be responsible for choosing options to advance Biden’s ‘climate’ agenda, designing and promulgating the regulation(s), and, e.g., deciding whether to defend or roll over for his friends/former colleagues’ suit to rescind and replace the ozone NAAQS  — which immediately prior to joining the administration he consulted with them on replacing with a backdoor GHG regulation,” Horner told the DCNF over email.

Things like vehicular exhaust, combustion of fossil fuels and industry emissions impact ozone levels, Daniel Kish, senior vice president for policy at the Institute for Energy Research, explained to the DCNF. Should the attorneys general be successful, states may be forced to crack down on internal combustion engines and appliances tied to natural gas.

The legal case could result in a “sue and settle” agreement, the activists say, in which a group challenges a department it knows agrees on an issue, followed by the department voluntarily ending a dispute and enacting policy that perhaps would not pass through legislative or other means.

There will be a vote Wednesday in the Senate Environment and Public Works Committee, the body that evaluates EPA nominees, on Goffman’s nomination, according to a source familiar with the matter.

Goffman did not respond to a request for comment, nor did the EPA or the New York attorney general’s office.