“Censorship is necessary for democracy to survive.” “Trolling is expression that crushes expression.” “Freedom is a far-right construct.”

Comments like these made in the aftermath of Elon Musk’s accepted offer to buy Twitter are proof that many in our society no longer understand what free speech is. Free speech is not safe speech.

Millions of Americans now believe and openly say that safety is more important than freedom, and comfort more desirable than liberty. But playing it safe has never been the American way. The legal right to free speech was a necessary element in the creation of our great country, and it is a necessary principle that should guide our understanding of social media platforms if we want to avoid descending into the tyranny of hive-think. Benjamin Franklin said, “Those who would give up essential liberty, to purchase a little temporary safety, deserve neither liberty nor safety.” What liberty is more essential than freedom of speech? Once that liberty is taken away, how can anyone truly be safe?

The entire free speech debate has been boiled down to party lines, with elected officials from both sides of the aisle chiming in. Republicans and conservatives have tweeted victorious takes, marveling at the increase of follower interaction they’ve received, while Democratic officials have tweeted loudly that Twitter will never be the same. But this easy division misses the bigger picture. The United States was formed by and for the diversity of thought and ideology. If every single left-wing progressive left Twitter in protest of its new ownership, there would be no place for the sharpening of right-wing conservatives, and vice-versa. Free speech encourages challenging discussion and healthy conflict.

That is not what Twitter has become in recent years. Everyone who has contradicted Twitter’s ideology or broken its vague “community guidelines” has been throttled or banned, and those who object to the sale to Elon Musk think that the same thing is going to happen to them. But he says there will be a loosening of restrictions, letting more be said, and not simply changing the restrictions to favor right-wing views. Whatever opinion you may hold on this situation, the discussion shouldn’t die when the dust settles.  It is a debate that you should have with your family, friends, and co-workers. Where only one viewpoint is tolerated, freedom dies.

Musk’s buying Twitter seems like a promising advance for free speech. But even if it ends up being the biggest win for free speech in decades, there is still a lot of work to be done. If you want to keep free speech alive in America, engage in the fight. Safe speech is afraid of confrontation and failure. Freedom of speech should draw out the courage in you to speak your mind and values. Don’t be afraid to get knocked down once or twice.

President George Washington reinforced the importance of free speech when he said that, “If freedom of speech is taken away, then dumb and silent we may be led, like sheep to the slaughter.” Redeem freedom in America by taking courage, and speaking freely.

Andrew Crapuchettes, is the founder and CEO of RedBalloon, which was founded in 2021 as the solution to the ever-growing problem of government overreach and “cancel culture” invading the American workplace. 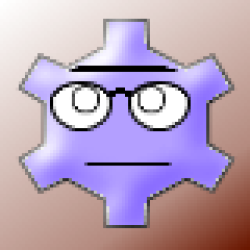