Variety’s senior correspondent Elizabeth Wagmeister is hitting back at Kim Kardashian’s accusation that her quote regarding “advice for women in business” was taken out of context by the publication, asserting she was asked a “very direct question.”

The reality star stirred up a hornet’s nest after stating earlier in March that women need to “get their f***ing a**es up and work,” before pointing out that “it seems like nobody wants to work these days.”

Wagmeister heatedly asserted she did not take Kardashian’s comment out of context in her Variety expose and slammed her on Twitter, noting that she was asked a “very direct question” and that the “question about [her] being famous for being famous” was actually asked after she explosively gave her advice to women in business.

“It’s not what she claims,” Wagmeister accusingly tweeted. “I just reviewed the raw footage. The question was very direct: “What would be your advice for women in business?” The question about being famous for being famous came after that question, actually.”

It’s not what she claims. I just reviewed the raw footage. The question was very direct: “What would be your advice for women in business?”

Every outlet going with Kim Kardashian saying her comments were "taken out of context," please do refer to the video for @EWagmeister's story, which provides the context to the question, which was: "What's your best advice for women in business?” 👀👀👀

Wagmeister remarked that the “famous for being famous” question made Kardashian “bristle.”

Kardashian was bashed as “tone-deaf” and being out-of-touch following Variety’s publication of her interview. She then felt she had to respond to the avalanche of criticism coming her way, so she sat down with “Good Morning America” co-host Robin Roberts to counter it on Monday. That’s when she claimed that Variety had taken her comments out of context.

She claimed that the question concerning her advice to women came after Wagmeister intimated that she was just “famous for being famous.” Kardashian blamed that assertion, remarking that it changed her entire “tone and attitude.” She admitted she might have come across as more blunt than she had intended because of the question and that it put her in a bad mood.

“I have the best advice for women in business,” Kim Kardashian says. “Get your f–king ass up and work. It seems like nobody wants to work these days.” https://t.co/HuddEEXmoM pic.twitter.com/KJCIlaVX3S

“I came off of the notion and the question right before, which was, ‘After 20 years of being in the business, you’re famous for being famous.’ And my whole tone and attitude changed with the previous question that went into that question about what advice would you give to women,” she said.

Kardashian went on to accuse Variety on “Good Morning America” of using her advice as a “soundbite.”

“Well that statement that I said was without questions and conversations around it, and it became a soundbite really with no context,” she elaborated.

Kardashian’s advice seems to have put a whole bunch of people in a bad mood as well. The backlash just keeps on rolling in for the reality star.

Kim Kardashian telling women to ‘get your f**king a** up and work’ drives Whoopi to the gutter https://t.co/s8jZ5VDTVX pic.twitter.com/27gsFc6SR9

“The advice that I would give is just that, having a social media presence and being on a reality show does not mean overnight success,” Kardashian said in the “Good Morning America” interview. “You have to really work hard to get there, even if it might seem like it’s easy and that you can build a really successful business off social media.”

“Having a social media presence and being on a reality show does not mean overnight success. You have to really work hard, even if it might seem like it’s easy and that you can build a really successful business off of social media. And you can, if you put in a lot of hard work,” Kardashian continued. “It wasn’t a blanket statement towards women, or to feel like I don’t respect the work or think they don’t work hard. I know that they do. That was taken out of context, but I’m really sorry if it was received that way.”

The interview on “Good Morning America” also includes Kardashian’s siblings and mother ahead of the release of their new Hulu show. 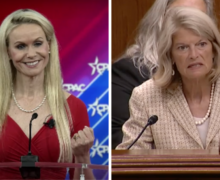