Leftists are losing their minds over long-overdue efforts to clamp down on the practice of sicko educators indoctrinating young and impressionable children with lewd sexual material but a stunning video from a Kentucky summer camp only serves to confirm that there is very good reason for the outrage of parents over the sexualizing of their kids.

Anger and disgust poured out of decent people after video and material from the “Sexy Summer Camp” which is being conducted by four twisted women who have absolutely no business being in close proximity to children who are taught to pleasure themselves and even more unbelievably, features a lesson called “The 3 P’s: Pee, Poop, and Pleasure” as one of its perverted offerings. 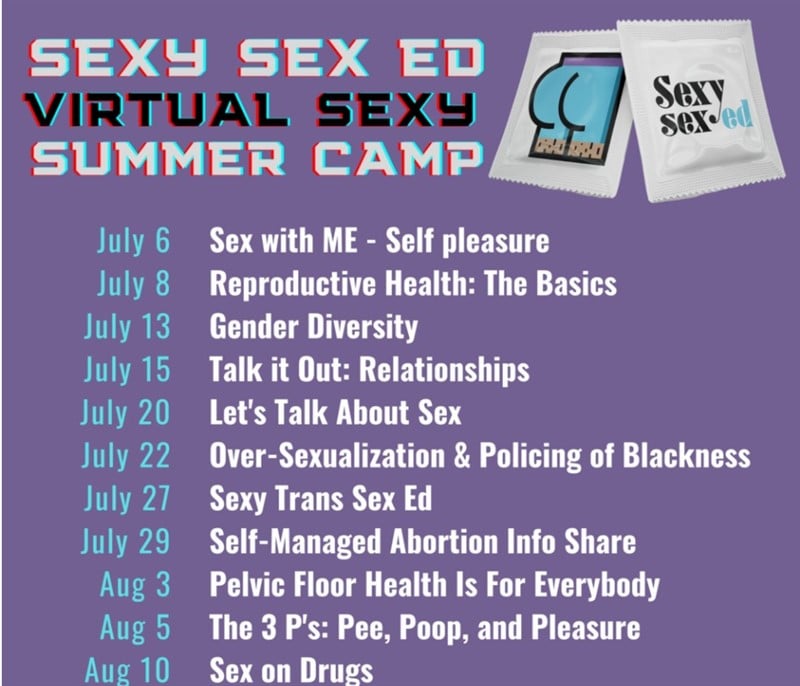 The lid was blown off of the coven of degeneracy by investigative journalist Christopher F. Rufo, a man who has done more than perhaps any American to shed light on critical race theory in schools and corporations as well the mainstreaming of sexual deviancy, especially when it comes to depraved leftists poisoning the minds of children.

On Tuesday, Rufo sent out a series of tweets exposing the quartet of weirdos who had up until now been able to fly under the radar as they prey on their innocent young victims in the Bluegrass State.

“The founder of Sexy Summer Camp, Tanya Turner, identifies as a witch. She says she was raised by ‘a host of witchy women’ in a ‘coven-like mountain matriarchy.’ She uses tarot cards, crystals, and sex toys as part of her practice and encourages people to ‘join her coven,’ Rufo tweeted with a picture of the camp’s founder.

The founder of Sexy Summer Camp, Tanya Turner, identifies as a witch. She says she was raised by “a host of witchy women” in a “coven-like mountain matriarchy.” She uses tarot cards, crystals, and sex toys as part of her practice and encourages people to “join her coven.” pic.twitter.com/jxwndgla7h

Here’s the agenda for the camp. I’ll be doing a more extensive report in the coming weeks. pic.twitter.com/UtbxvvbY8i

“As soon as my nephews could talk, they were doing that, that’s what they were doing” she said. “Kids touch themselves, kids start to ask questions and we teach them the language for their bodies right?”

According to the official Sexy Summer Camp Schedule, self-stimulation will be an early priority in the “Sex with ME – Self pleasure workshop” which is described as, “discussion, games, and some hand on practice (on hands!).”

Twitter erupted in revulsion over the KY camp and its vile teachings.

WHAT???!!! Are the parents informed about all this before sending their kids to this camp??? How can this be allowed?

How is this not illegal? When I was volunteering for a Boy Scout summer camp I had to pass a background check and have CSE training. Everything going on here is blatant crystal-clear grooming. https://t.co/PXRFrVTq6J

Groomer alert. This lady actually finds a "sexy summer camp" teaching children to mastrubate. Why isn't she in jail? https://t.co/NsT3AZaWRH

Only one or two generations ago, all these people would be in jail for advertising such things for kids. We must go back…

What kind of Lincoln Project hell is this from? https://t.co/e5k5dyBJk9

Has Anthony Weiner has applied to be a camp counselor?

According to the group’s website which was still up as of Tuesday evening: “Sexy Sex Ed is a workshop series that compels teenagers and people of all ages to openly discuss personal and political consent, sexual safety, and anatomy. Using visual & performance art, open dialogue, and popular education methods, Sexy Sex Ed fills a vital gap in reproductive education as a creative, cultural healing solution in rural Appalachia.”