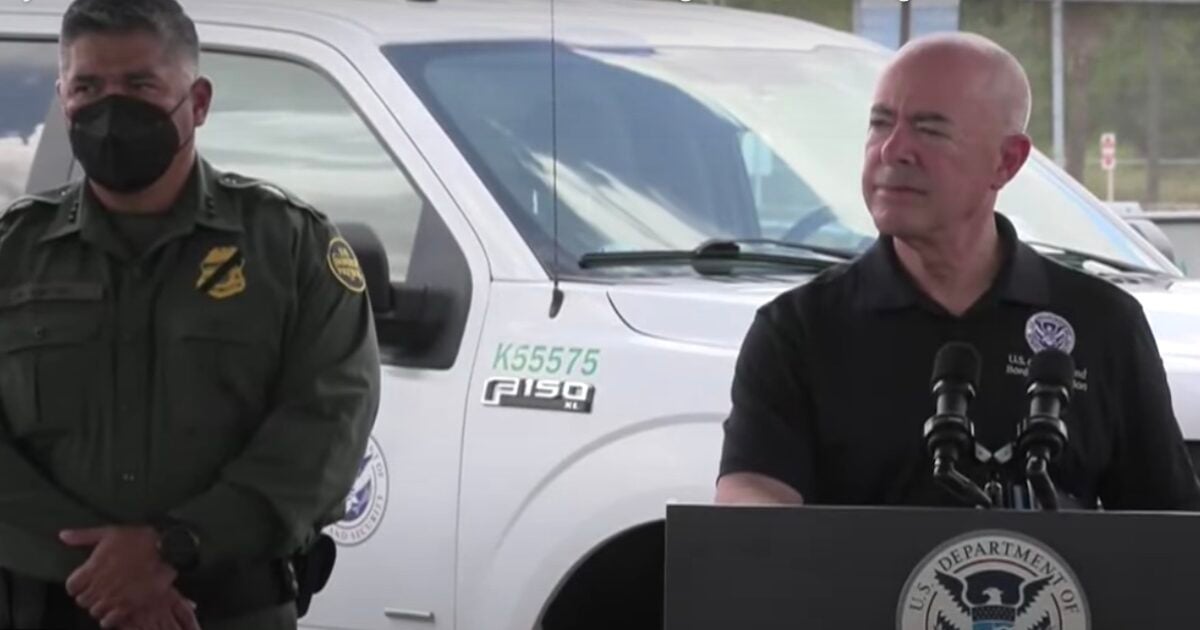 Led by Attorney General Ashley Moody (R-FL), the letter issued by 14 AGs points to Mayorkas’ “abject refusal to enforce the laws” and the measurable impact that has brought to the United States as cause for him to step down. Moody joined “Fox & Friends” to discuss the letter and border security with Ainsley Earhardt.

“We’ve been sounding the alarms,” Moody said as she highlighted some of the details in the letter, “and we’re seeing the numbers – 213% increase in sexual offenders detained at the border; we know that more get through and are now roaming our streets. Six times over enough fentanyl that could kill every man, woman and child in America.”

The letter explains that the fentanyl has increased 30 percent during Mayorkas’ tenure before pointing out that those are just the records for what has been seized. The letter further explains that this increase has serious consequences as the Centers for Disease Control and Prevention (CDC) estimate, for the first time in history, that drug overdose deaths will surpass 100,000 people per year.

Deportations have fallen 70 percent and the letter signaled that this is a complete change from Mayorkas’ behavior when he was Deputy Secretary of DHS during President Obama’s second term. “In fact,” the letter stated, “given your willingness to enforce the law in the past, the only explanation is that you have consciously and intentionally caved to the far-left mob that has hijacked this administration from our vacant president.”

“We have been pleading with them to follow the law,” Moody said further to Earhardt, “we have been suing and demanding that they follow the law. Enough is enough. At this point, it is absolutely clear that Secretary Mayorkas is working not only in violation of the law but against the security of the United States.”

Moody reflected on the morale of Customs and Border Patrol (CBP) agents who are struggling in light of the failures from leadership to let them enforce the laws they swore to uphold. They questioned Mayorkas’ dedication to the job after he visited them. His trip was referred to as playing “dress-up” after Mayorkas put on a CBP jacket and behaved as though he were enforcing the law.

At the time of this reporting, there has been no indication that Mayorkas has issued a response to the letter from the AGs. Of note, Mayorkas also has not offered a response to a letter issued June 2021 by the Texas Farm Bureau in collaboration with the American Farm Bureau Federation that sought a solution for the border crisis that continues to endanger their livelihoods.

Attorney General Moody was joined by the attorneys general of Alabama, Arizona, Arkansas, Georgia, Indiana, Louisiana, Montana, Missouri, Oklahoma, South Carolina, Texas, Utah, and West Virginia. After reminding Mayorkas that he swore an oath to support and defend the Constitution, the letter closed by stating he had “violated that oath every day since,” taking office.

“Americans have died because of your failure to obey the law and do your solemn duty,” the letter accused. “More Americans will unnecessarily die and suffer for as long as you remain as Secretary. You must resign immediately.”