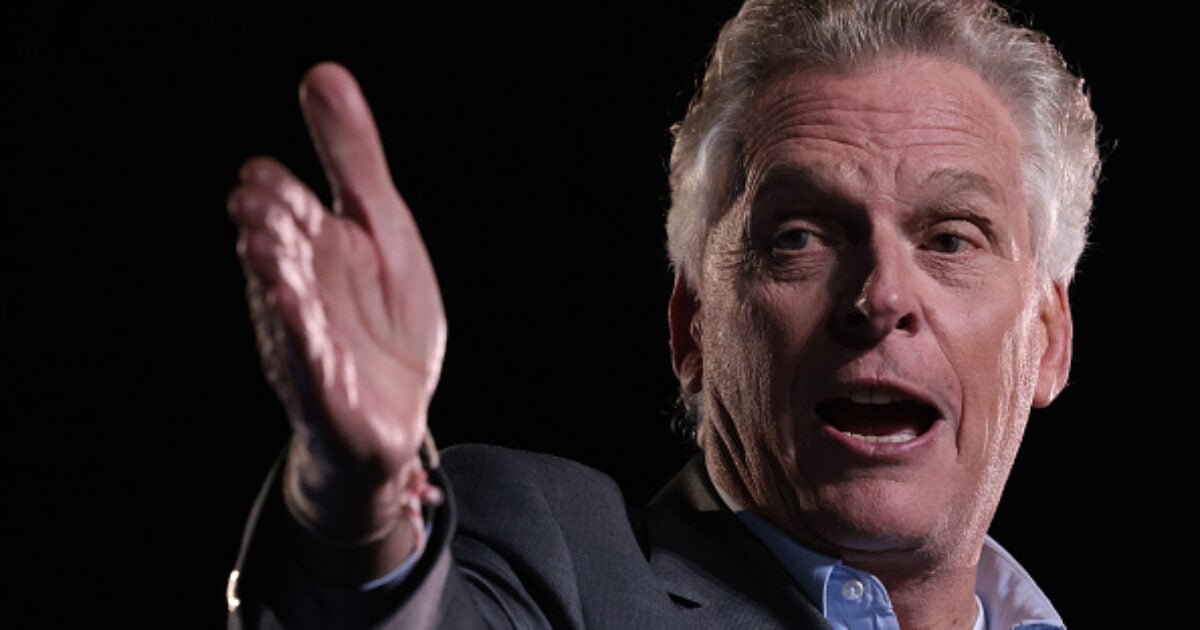 Virginia Democratic gubernatorial candidate Terry McAuliffe’s campaign purchased “fake news” ads in an effort to convince voters to support him at the polls, according to an investigation by Fox News.

The network reported that McAuliffe, who has already served a term as governor of the state, spent almost $100,000 pushing fake news websites on Facebook during the campaign thus far.

The candidate’s ads have been viewed at least 3.5 million times and “are hidden on a Facebook page with a similar name to a local news website,” Fox News revealed, adding that the ads link to third-party sites that appear to be publishing actual news but are really only promoting Democrat candidates.

“The websites have been widely described as disinformation and ‘partisan propaganda,'” the outlet continued.

The report comes just days before Tuesday’s election as both McAuliffe and his GOP challenger, businessman Glenn Youngkin, battle for support. A number of polls show that the two candidates are locked in a dead heat, percentage-wise, after McAuliffe led for much of the summer and early fall.

Fox News described McAuliffe’s ads as “sophisticated and opaque,” noting that his campaign operates a Facebook page like most other candidates. However, the Democratic contender has also posted another page that appears to blur lines between disinformation and straight-up political messaging.

The page, “The Download Virginia,” was launched in June by McAuliffe with little fanfare. Though the page sounds like it could be a news organization, there have been no posts or photos published, and just 67 people, as of this report, had “liked” the page, meaning they follow it.

Rather, most who have seen the page are directed there by paid advertising. And while the ads are not posted to the page itself, they can be obtained via a Facebook Ad Library Report, which is an online tool researchers and journalists use.

McAuliffe’s campaign has spent more than $471,000 on ads that were distributed through the page since its June launch. Several ads were running at the time Fox News published its report Wednesday morning, and “that number is likely to rise before election day,” the outlet continued.

Most often, the ads appear with a comment as well as a link to a regular news article in which McAuliffe is covered in a favorable way. But among links to legitimate news sources are seven ads, as well as dozens of variations, promoting websites that are viewed as pushing “fake news.”

“In a July advertisement, The Download writes about McAuliffe’s views on small business. The ad includes a link to an article published by a third party website called The Virginia Dogwood,” Fox News reported.

The site presents itself as a regular local “news” outlet reporting on Virginia issues, but according to Fox’s investigation, and says it is operated by Courier Newsroom, a “civil media company.” However, Courier Newsroom was founded and funded initially by ACRONYM, a left-wing dark money organization whose early backers include liberal billionaire George Soros and LinkedIn founder Reid Hoffman, as well as a group of movie producers, The Wall Street Journal reported.

And on Tuesday, Axios reported that “newsroom” was acquired by the “Good Information Project,” founded by Democrat Tara McGowan, which is also being supported by many of the same investors.

“In an October advertisement, The Download writes that Youngkin has a ‘very concerning’ policy on vaccination, and includes a link to an article published by a third party website called the American Independent,” Fox News reported, adding that site is also designed to look like a news outlet.

But the “About” section of the actual website says it is a “progressive news” platform reporting “with honesty and integrity, shining a light on those in power and the progressive politics movement.”

“Both websites are widely considered to be forms of political disinformation,” Fox News reported, adding that leading Democrats have refused to comment on the subterfuge.

A spokesman for Youngkin told the network that “disinformation practices are standard for McAuliffe, whose lies go into overdrive when he’s desperate.” The spokesman added that “not a single left-wing propaganda arm disguised as a news organization will turn the tide” for his opponent.