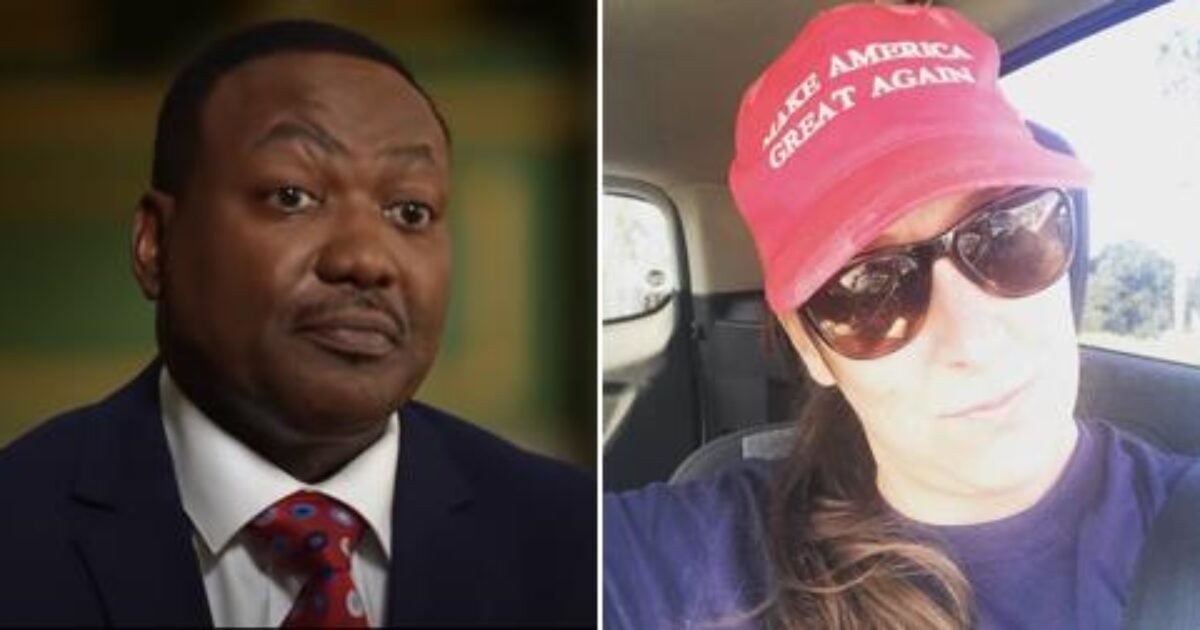 Through a Freedom of Information Act lawsuit filed in May, the conservative watchdog group Judicial Watch has uncovered documents from the U.S. Capitol Police that raise questions about whether the shooting of Ashli Babbitt in the Jan. 6th riot was justified.

According to Judicial Watch President Tom Fitton, the 500 pages of documents suggest “there was no good reason to shoot and kill Ashli Babbitt.”

“The Biden-Garland Justice Department and the Pelosi Congress have much to answer for the over the mishandling and cover-up of this scandalous killing of an American citizen by the U.S. Capitol Police,” he said in a statement to Fox News.

For instance, the police report below notes that a sergeant who witnessed the shooting by U.S. Capitol Police officer Lt. Michael Byrd had not seen anything in Babbitt’s hands before his colleague opened fire.

“Sergeant [redacted] observed a white, female protester was climbing through an opened area where the glass pane had been knocked out. He heard a gunshot and this female fell backwards through the opening. The crowd on the other side of the barricaded east doors, began to step back and some put their hands in the air,” the report reads.

“Sergeant [redacted] observed Lieutenant Byrd step back just after hearing the gunshot. He did not see anything in the female protester’s hands prior to the gunshot,” it adds.

The report also states that the sergeant observed Byrd looking “upset” after he opened fire.

Another report — this one a written transcript of interrogation with the sergeant — shows that the sergeant remained confused about why Byrd had opened fire long after Jan. 6th, telling interrogators on Jan. 16th that he wasn’t certain “if something happened to” Byrd that “caused him to take the shot or not.”

“Uh, I saw Lieutenant Byrd kinda. I don’t know if it was before or after. Cause I was trying to figure this out of, but there was at one point where I remember seeing him and he kind of went like this and then came back up again,” the transcript reads.

“Uh, I don’t know if that was from him taking the shot and then stepping back from that shot or if it was before that, I can’t, no matter how I tried to rack my brain, I can’t, I can’t figure out when that happened, but uh, so I don’t know if something happened to him where caused him to take the shot or not,” it continues.

During the interrogation, the sergeant also went into detail regarding Byrd’s demeanor immediately following the shooting.

“[H]is eyes were red. He was, you could see he was visibly upset and he, uh, just, you know, kind of comfort him and told him, you know, we gotta get outta here,” he said.

Another document describes the observations of a U.S. Capitol police officer who’d reportedly been standing directly behind Byrd during the shooting.

“He did not see [Babbitt] in possession of any potential weapons. He reiterated that he did not observe that she was armed,” the report reads.

According to another report involving the observations of yet another officer, said officer “did not hear any verbal commands” before Byrd opened fire, though the officer did admit to having been wearing headphones and an ear piece.

“Officer [redacted] stated that prior to Ms. Babbitt being injured he did not hear any verbal commands; however, he qualified this statement by also advising that the sounds of the crowd were overwhelming and he was also equipped with headphones and an ear piece,” the report reads.

This report is contradicted by alleged witness testimony from someone who reportedly “reached out” to the police department claiming they’d heard Byrd shouting “commands” threatening to “shoot” before he’d opened fire.

“He [Byrd], uh, did everything he could do…. He was by himself, we were defending the front door and they were shaking it,” the witness added.

It’s not clear who the witness meant by “we.” Was the witness on the other side of the door with Byrd and his fellow officers? Why? Is the witness an officer?

The unsolicited testimony does admittedly fit with Byrd’s own claims.

“I tried to wait as long as I could. I hoped and prayed no one tried to enter through those doors. But their failure to comply required me to take the appropriate action to save the lives of members of Congress and myself and my fellow officers,” he said in an August interview with NBC News.

The interview drew criticism from Babbitt’s family because, despite Byrd allegedly having appeared “upset” following the shooting, he wound up spending much of the interview tooting his own horn.