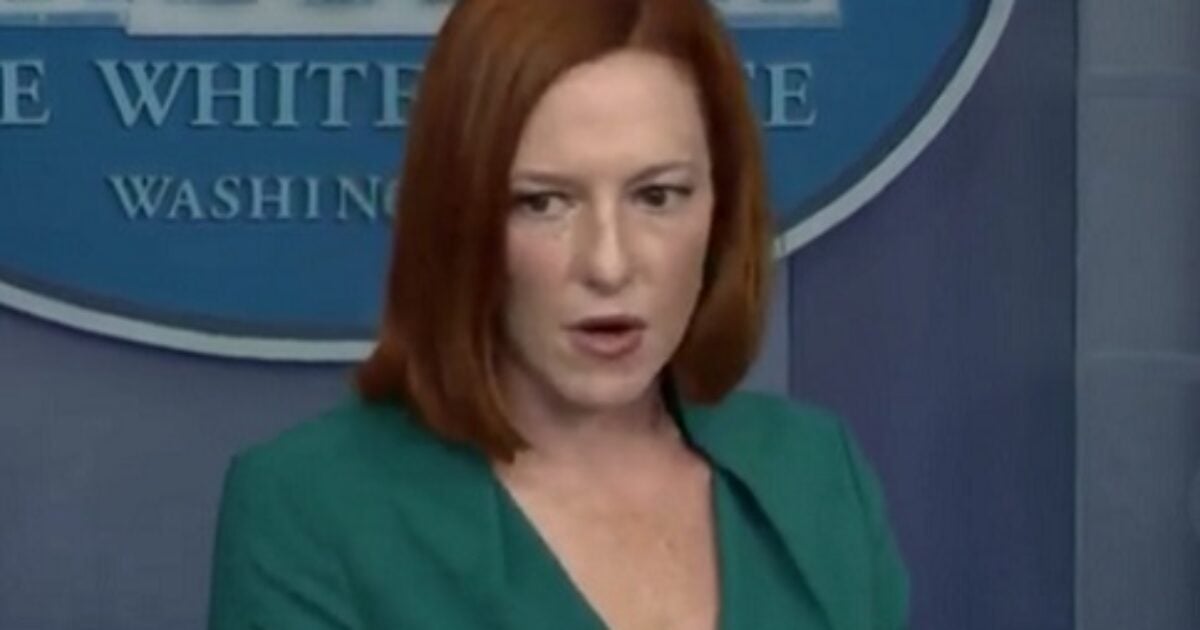 White House press secretary Jen Psaki said on Wednesday that Democrats are happy to be “the adults in the room,” if only the Republicans would join them in their ruinous binge of spending.

Sen. Minority Leader Mitch McConnell extended an offer to the Democrats on Wednesday that proposed a temporary increase in the debt ceiling at a fixed price, and although some on the other side of the aisle warmed to the idea, Psaki said the Biden administration felt it to be a non-starter.

McConnell blamed Democrats for “another self-created” crisis, but said he would allow them “to use normal procedures to pass an emergency debt limit extension at a fixed dollar amount to cover current spending levels into December.”

“We don’t need to kick the can. We don’t need to go through a cumbersome process that every day brings additional risks,” said the secretary when asked about McConnell’s offer.

Psaki went on to say that retirees, those on fixed incomes, anyone with a savings account, veterans, and active military are all concerned their payments will stop if the deal continues to stall, and that is naturally the fault of Republicans, who incidentally have virtually zero power in government right now.

She even accused Republicans of treating the savings of the average citizen like Monopoly money when, again, Democrats are in charge and dangerously have no concept of basic economics.

“The preference would be just getting this done today so we can move on to more business for the American people, and that option is still on the table,” Psaki continued. “If we’re looking at the best options, why kick the can down the road a couple more weeks? Why create an additional layer of uncertainty? Why not just get it done now? That’s what we’re continuing to press for, and that’s our first choice.”

Yes, they could get it done now. But, as Sen. Toomey (R-RI) pointed out in a recent interview with Tony Dokoupil at CBS, Democrats want Republicans to share in the blame when the inevitable and disastrous consequences of such largess unfurl.

Lawmakers have until Oct. 18 to raise the debt ceiling or risk default, though it is not uncommon for deadlines of this nature to come and go with much ado about nothing. This time though, the price tag is offensive.

President Biden offered his opinion on the matter, saying, “The Senate Republicans’ position, I find not only to be hypocritical, but dangerous and a bit disgraceful, especially as we’re crawling our way out of a pandemic that cost us 700,000 lives.”

Psaki added that the Biden regime and the Democrats were graciously willing to have Republicans “join us in being adults in the room.”