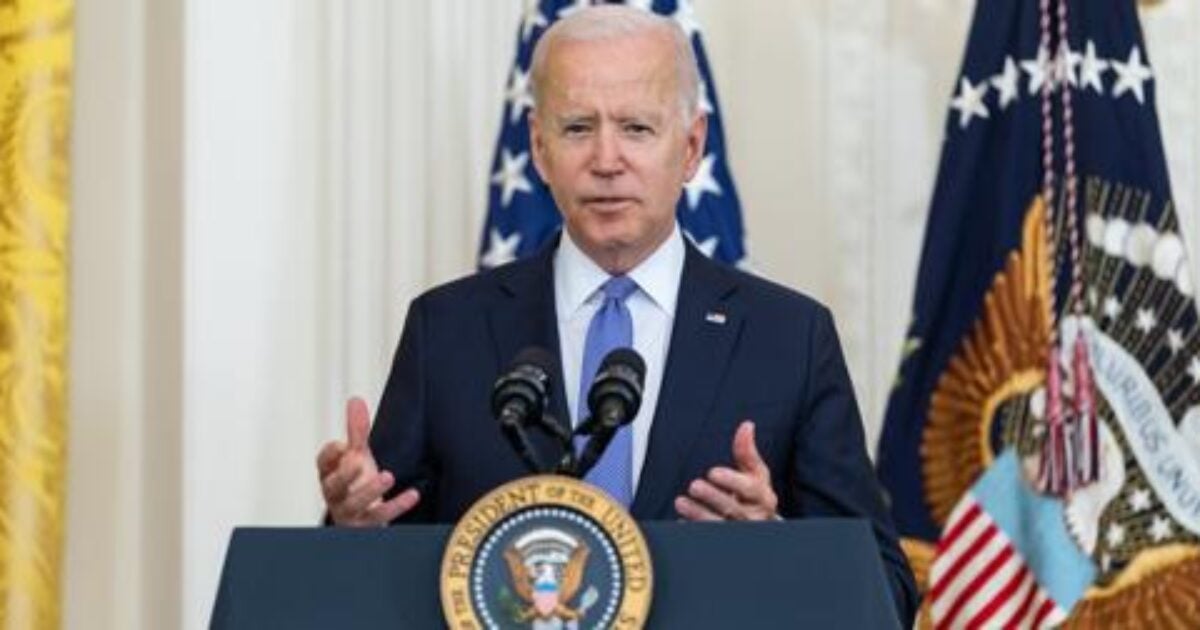 A top congressional Republican has accused President Joe Biden and first lady Jill Biden of using a widely known tax loophole to avoid paying up to $500,000 of their so-called “fair share” of taxes.

The Bidens own two companies, CelticCapri Corp. and Giacoppa Corp., both of which are what is known as S corporations.

In 2017 and 2018, the Bidens routed $13 million in their own personal “book and speech income” through these corporations, as originally reported in 2019 by The Wall Street Journal.

S corporations are frequently used by the wealthy for this express purpose.

“If you organize your business as an S-corporation, you can classify some of your income as salary and some as a distribution. You’ll still be liable for self-employment taxes on the salary portion of your income, but you’ll just pay ordinary income tax on the distribution portion,” according to TurboTax.

Here’s the key, as reported by TurboTax: “Depending on how you divide your income, you could save a substantial amount of self-employment taxes just by converting to an S-corporation.”

By using this trick, the Bidens were able to claim just $800,000 in combined personal income in 2017 and 2018, according to the Post, meaning they claimed less than 7 percent of their full earnings. This, in turn, reduced their tax expenses by a whopping $500,000.

Released on Tuesday, the report found that the IRS has over the years won several judgments against S corporation owners who underpaid themselves, including one who paid himself only $24,000 despite earning $200,000.

This means he paid himself 12 percent of what he’d actually earned.

According to Banks, this proves that the Bidens didn’t pay their fair share of taxes and thus essentially deserve to be fully audited.

“Joe Biden wants to raise taxes by $2.1 trillion while claiming the rich need to pay their ‘fair share.’ But in 2017, multi-millionaire Joe Biden skirted his payroll taxes — the very taxes that fund Medicare and Obamacare,” he said in a statement, according to the New York Post.

“According to the criteria CRS provided to my office, he owes the IRS and the American people hundreds of thousands of dollars in back taxes. Every American should know about Joe Biden’s tax hypocrisy,” he added.

Though IRS tax law mandates automatic audits for presidential tax returns, the Bidens have also skirted this rule by reportedly making their S corporations “dormant” while the two are in the White House.

The cynical irony was not lost on veteran GOP operative Chris Jacobs.

Folks, I don’t want to punish anyone’s success. But those at the top have been getting a free ride for far too long.

We’re going to change that.

“Joe Biden wants to expand the IRS’s funding and authority, so they can audit more Americans. Given that the liberal Tax Policy Center and the non-partisan Congressional Research Service both have raised questions about the way Biden handled his taxes, why doesn’t he ask for his own taxes to get audited first?” he said to the Post.

“Biden doesn’t really believe in expanding programs like Medicare and Obamacare, because he thought buying a second multi-million dollar mansion, and renting a third, was more important than helping to fund those laws,” he added.

To be clear, the issue Republicans have isn’t the Bidens using this loophole. The S corporation loophole is, in fact, a lifeline for millions of small businesses.

The issue they have is that, after using this same loophole to save money himself, Biden is now pushing a $3.5 trillion “infrastructure” that would eliminate the loophole and also spike taxes for everybody else.

“U.S. small businesses, already battered by COVID-19, could face yet another threat to the bottom line in the form of tax proposals championed by the Biden administration — with some advocates warning higher taxes could be a drag on Main Street,” a recent Yahoo News report notes.

In a statement to the outlet, Raymond J. Keating, the chief economist for the Small Business & Entrepreneurship Council, urged the president to “just leave it alone.”

“Let investors, entrepreneurs and small business owners and big businesses, quite frankly get back on track and get the supply chains back up and running and jobs being created and all the things that we want,” he said.

“Tax increases are always negative, but tax increases when you’re trying to recover from a pandemic are just really ill-advised,” he added.

However, plenty of the president’s policies since taking office have been “ill-advised,” yet he’s pursued them anyway …