The shutdown of the lone coal-fired power plant in Allegheny County, northeast of Pittsburgh, stems partly from Pennsylvania’s absurd energy policies. The state rewards inefficient and unreliable wind and solar energy at the expense of superior sources such as the Cheswick Generating Station, whose September closure will kill jobs and increase families’ energy bills.

Agenda-driven subsidies for competing power have killed some coal plants and threaten others. According to a statement from Cheswick owner GenOn Holdings LLC:

The decision to initiate the retirement of these coal units is driven by unfavorable economic conditions, higher costs including those associated with environmental compliance, an inability to compete with other generation types, and evolving market rules that promote subsidized resources.

David Stevenson, director of the Caesar Rodney Institute’s Center for Energy and Environment, said that more than half of Cheswick’s revenue in 2019 had come from being available to supply backup electric service to the power grid. However, he added, the price for that service had dropped partly because of a surplus of generating capacity fed by federal tax subsidies that support building unneeded wind and solar generation.

Stevenson estimates that Cheswick’s revenue from its backup service decreased to nearly a third of the approximately $29 million the plant had received in 2019. “In earlier years wind and solar capacity was built to meet states’ renewable portfolio standards (subsidy programs), but by 2018 about 80 percent was being built by investors looking to harvest federal tax credits,” he explained.

In an analysis by the business-labor coalition Pittsburgh Works Together (PWT), Cheswick compared favorably to a solar farm proposed for Mount Joy Township, Adams County. Cheswick has a peak capacity over seven times greater than this proposed solar facility and takes up less than 10 percent of the land area, according to the PWT report.

The difference increases when taking into account that solar farms produce electricity at a rate of about a third less than coal plants because of limited sunlight.

The Mount Joy Township Supervisors denied the solar farm a permit in June after months of protests by project opponents. The developer is reportedly considering alternatives.

Planned for implementation next year, the proposal—a tax on fossil fuel-based production of electricity—has met stiff resistance in the legislature. In June, six Democrats joined Republicans in the state Senate to pass a veto-proof provision that would require legislative approval of RGGI. The House has a similar bill under consideration.

Another business-labor coalition—this one formed to oppose the tax—criticized a July 13 approval of RGGI by the Wolf administration’s Environmental Quality Board.

“Failing a legislative solution to block Governor Wolf’s unconstitutional RGGI tax, we are confident that the Pennsylvania and/or federal courts will render the regulation null and void,” said the statement by the Power PA Jobs Alliance, which is made up of more than 30 businesses and unions.

Among the affected facilities would be another three power plants in Indiana and Armstrong counties that alone represent some $3 billion in economic impact, according to the alliance. Included in the anticipated economic loss are more than 8,100 direct and indirect jobs, $34.3 million in state tax revenues, $3.7 million in local taxes, $539 million in total employee compensation, and over $1 billion in operating expenditures.

If Pennsylvania stops generating electricity from reliable sources at reasonable prices, it will be forced to rely more and more on taxpayer-subsidized options. That would mean a big loss for everyone in terms of jobs, costs, and the region’s overall economic prospects.

Note: Gordon Tomb is a senior advisor with the Arlington, Va.-based CO2 Coalition and primary editor of “Inconvenient Facts: The science that Al Gore doesn’t want you to know.” 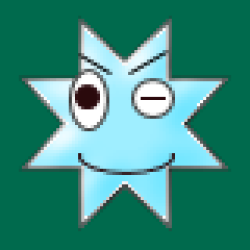