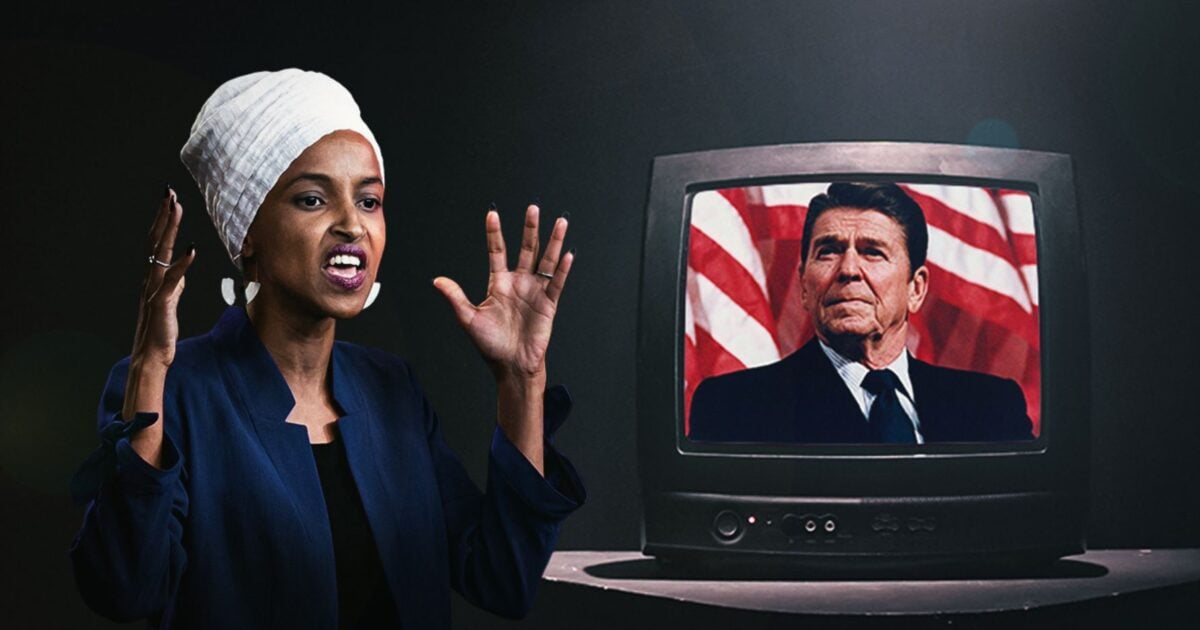 More than three decades after President Ronald Reagan warned of the “erosion of the American spirit,” the nation has sadly witnessed many of the negative changes he predicted. But, Americans are waking up to the new ‘woke’ version of America and many are fighting to get the country back.

The former president’s Jan. 12th, 1989 farewell speech is featured in a new emotion-provoking video advertisement by the very American wine brand, “We the People” which has established itself as a “brand dedicated to Conservative values.”

At a time when the nation is buckling under left-wing ideologies, with Democrats pushing liberal agendas from local platforms all the way to the White House, many of Reagan’s dire warnings about the effects of anti-American sentiments are juxtaposed in the new wine ad with disturbing scenes that have played out in the last year.

“It looks like some things have changed,” the footage of Reagan plays at the beginning of the video. “Are we doing a good enough job teaching our children what America is and what she represents? Younger parents aren’t sure that an appreciation of America is the right thing to teach modern children.”

The We the People wine brand, which features Cabernet Sauvignon and Chardonnay produced in California’s award-winning Wine Country, brilliantly captures the heart of the U.S. at this time, as conservative Americans who are proud of the country are vilified as racists and bigots for displaying the flag and standing for the very values Reagan passionately referred to in his speech.

“I’m warning of an eradication of the American memory that could result in an erosion of the American spirit. If we forget what we did, we won’t know who we are. We’ve got to do a better job of getting across that America is free, and freedom is special and rare,” Reagan said.

The moving video ad is a chilling reminder of how far this nation has been pushed from its founding principles, as images play of the cultural shift, with athletes kneeling in protest during the national anthem, statues of American figures being toppled in protest, and criticism of displays of patriotism.

“Freedom of speech, freedom of religion, freedom of enterprise — as long as we remember our first principle and believe in ourselves, the future will always be ours,” Reagan’s voice continues in the powerful ad. “Ours was the first revolution in the history of mankind that truly reversed the course of government, and with three little words — we the people.”

The stirring video ad ends with powerful images of American greatness and a final nod to the We the People wine bottles as Reagan’s voice notes: “Once you begin a great movement, there’s no telling where it will end.”

“We The People is an American brand dedicated to Conservative values. American-exceptionalism, free markets, religious freedom and limited government are what we stand for,” the company, which BizPac Review is proud to partner with, states on its website.

With unapologetic support for conservative candidates and issues, the brand notes that “a portion of the proceeds from each bottle sold will go directly towards supporting candidates and causes that reflect the values our community stands for.”

At a time when biased news organizations, celebrities and major American companies are going “woke” in an attempt to be politically correct and appeal to the left, it is high time for conservatives to take an equally strong stance in support of America and what has made her great.

Reagan understood the threats to America’s future that would come as the culture forced the nation to become what it is not. “We the People” also gets it and is on course to counter the liberal narrative.

We can all raise a glass to that!