House Republicans are furious and want to know why the Biden administration leaked private tax information from thousands of the nation’s wealthiest people to the media.

The information was given to the investigative nonprofit organization ProPublica, which wrote an article showing how some of the most wealthy people like Jeff Bezos, Elon Musk, and George Soros paid no income tax some years.

However, no wrongdoing was alleged.

Rep. Jim Jordan (R-Ohio), James Corner (R-Ky.) and Rodney Davis (R-Ill.) sent Attorney General Merrick Garland a letter this past week asking about the Justice Department’s investigation into the leaks. They want access to records and communications related to the DOJ’s attempts to stop the leak to ProPublica. They also asked for a staff-level briefing within a week.

“Leaks of tax information, particularly by government officials entrusted with caring for that sensitive information, are completely unacceptable,” the lawmakers said in the letter. “Those responsible must be pursued to the fullest extent of the law.”

Today, @RepJamesComer, @Jim_Jordan, and @RodneyDavis called on Attorney General Merrick Garland to swiftly investigate the massive leak of sensitive tax information from the IRS and bring those responsible to justice. https://t.co/O7qVoYvgPE

The Republicans, who sit on three House committees, denounced the leak as a “gross breach of public trust.”

“Every American should have confidence that their personal tax information is secure and safe from privacy violations,” the congressmen wrote.

“Especially as the Biden Administration’s proposed budget would vastly increase the size and staffing of the IRS, we are concerned about the potential for future leaks of sensitive tax information, particularly if such leaks are politically motivated or targeted against those who may take unpopular positions,” they added.

The trio is concerned about the Biden administration’s budget plan to “vastly increase the size and staffing of the IRS.” Biden wants to give the IRS $80 billion more and increase its authority to crack down on tax evasion.

But everyone remembers the crackdown under the last Democratic presidential administration. The IRS under Lois Lerner got away with targeting conservatives instead, and even when it was discovered, Lerner wasn’t prosecuted.

Garland vowed to Congress on Wednesday that he will make investigating the leak a number one priority, but at the same time admitted he knew nothing about the scandal other than what he read in the news. The ProPublica article came out the day before, on June 8, so it seems strange that he would not have discussed something so serious yet. In fact, the IRS Commissioner Charles Rettig testified about the leak to Congress on June 8, saying that an investigation was in place.

Republicans are skeptical of Garland. Former President Barack Obama nominated him for the U.S. Supreme Court in 2016, but Sen. Majority Leader Mitch McConnell refused to bring his name up for a vote, defeating the nomination. Garland had a reputation as a judge for siding with the government when it comes to criminal cases. Will he side with the IRS here? So far he seems to be acting a lot like White House press secretary Jen “Circle Back” Psaki, making excuses and delaying.

This leak of personal financial information constitutes a serious breach of privacy and is a criminal violation of our tax laws. Americans must be assured their confidential financial data is not at risk and the IRS can be trusted with safeguarding information.

Releasing someone’s tax returns is a felony. This isn’t just a minor mistake. Unfortunately, there is no reason to think the Democrats in control of this administration have changed much since the Obama days when Lerner was allowed to walk free. 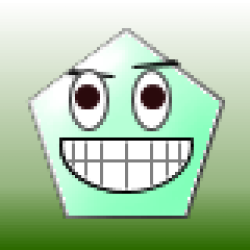