Inflation has been a regular fixture of the news cycle for many months and will certainly remain center stage for the second half of the year as we continue to see different sectors experience substantial price increases that flow directly to the consumer. To no one’s surprise, The Federal Reserve’s massive money creation practices show no signs of slowing down, further motivating individuals to seek safe havens from the economic consequences of an ever-weakening dollar by pursuing alternative financial markets.

While precious metals (PMs) remained relatively stable through the first half of the year, cryptocurrencies experienced heavy volatility with a notable crash down from all-time highs attributed mainly to a Twitter post from Elon Musk. The ongoing debate between precious metal advocates and cryptocurrency believers has revealed that there is no perfect system that is free from the control of the financial elite as evidenced when both industries fell sharply with the stock market in March 2021. Now more than ever, it seems that we need to bridge the gap between historical wealth preservation and modern technology.

Stablecoins are defined as a digital currency that uses cryptography and blockchain technology to enable peer-to-peer trading of value that is tied to some asset, like PMs, that have tangible value in direct proportion to the established asset. This technology greatly diminishes storage and security concerns and because stablecoins are cryptocurrencies, it is easy to fractionalize the buying of PM-backed stablecoins which offers parity for investors with varying levels of capital resources. Since volatility is such a consistent theme in cryptocurrency markets, stablecoins may offer a smoother entry into these technologies with lower risk.

There are however some fair criticisms of PM-backed stablecoins that should be acknowledged such as the need for proof that reserves exist and are stored safely. Maintenance of the PM reserves can also create a condition where investments cost more than they return over the short-term, a condition known as “negative carry”.  The supply of PMs is also heavily contested as audits are not performed in some instances, similar to the U.S. bullion depository secrecy, which creates an issue of how much actual supply is in existence unlike cryptocurrencies that establish finite amounts of coins available to be mined.

These hurdles can certainly be overcome with the right innovation and awareness for how to avoid repeats of the same one-dimensional platform failures by predecessors in the stablecoin industry. There are a few notable companies that are moving in this direction such as Paxos Standard Token’s PAX Gold (PAX) which has approval by the New York State Department of Financial Services (NYDFS) and utilizes the Ethereum smart contract. Each PAXG token gives users ownership of one ounce of gold and info on the gold bar to which a PAXG is attached is available to token holders via the serial number and brand code. Additionally, PAXG does not charge commission for the storage of gold to which the token is attached.

The LODE Project, to which I have been an ambassador since 2018, is currently building the world’s first completely socialized global payments system, compliant with international finance law and regulation, backed by gold and silver as AGX (digital silver) and AUX (digital gold). Each AGX Coin represents one gram weight and measure of vaulted and verifiable silver bullion while each AUX Coin represents one milligram of vaulted and verifiable gold bullion, securely held in the LODE’s distributed reserves. Both AGX and AUX are already getting listed on a public exchange (Hotbit) with plans to be on several more exchanges by year-end.

Allocated Bullion Exchange’s (ABX) Kinesis has created a program where all participants in the economy are rewarded equally by earning passive income via the Kinesis Velocity Token (KVT), a digital token that rewards holders in line with the growth of the system. Each time the Kinesis currencies are sent or spent a transaction fee is applied. These fees are accumulated and 20% is proportionately distributed back to the KVT holders and there will only be 300,000 tokens created in total.

With the rise of Central Bank Digital Currencies (CBDCs), it has never been more apparent that the financial future of this world will be completely digital. Even the best technology paired with the most trustworthy historical stores of value will have a hard fight to compete with the world’s central banks that can create monetary policies that deepen the economic divide with every new dollar created. These policies will always have disproportionate power but despite this reality, it is worth taking the best tools we have at our disposal to advocate for a more equitable financial reality. If PM and cryptocurrency supporters could focus on their common interest of preserving wealth, a unified front could emerge that would present an example for those growing tired of the bottomless pit of debt creation that has been allowed to exist for far too long. The time for circling the wagons is undeniably upon us.

David Morgan is a recognized analyst in the precious metals industry and consults for various sectors of the Industry. He is the publisher of The Morgan Report, a publication designed to help investor’s build and secure wealth. He is the author of three books, and a featured speaker at investment conferences all over the world. Further, he is an ambassador to The Lode Project putting real money back into peoples hands. 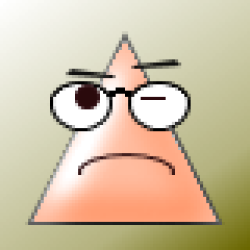 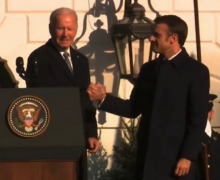