President Joe Biden’s economic advisor repeatedly defended the administration’s push for a “global minimum tax” on corporations citing a need for everyone to pay their “fair share.”

Council of Economic Advisers chair Cecilia Rouse pushed back on direct challenges related to the impact of a global minimum rate as Fox News host Chris Wallace wondered “how can you argue that that isn’t going to hurt U.S. competitiveness?”

“What we’re proposing here is for the government to step in where the private sector doesn’t do so well,” Rouse explained on “Fox News Sunday” as she laid out some of the administration’s strategies and economic priorities coming out of the COVID-19 recession

Wallace confronted her with the fact that the proposed increase would put the U.S. corporate tax rate at 32.34% and make it the highest in the world.

“How can you argue that that isn’t going to drive some U.S. businesses overseas?” Wallace asked.

Rouse responded by saying Biden believes “we all need to pay our fair share,” claiming that rich Americans and corporations “are getting wealthier and they’re contributing less in terms of federal revenue.”

Acknowledging that the administration does not want to see the U.S. “disadvantaged” internationally, Rouse doubled down on the “fair share” argument. This proposed “global minimum tax” is ostensibly being pushed to keep this administration’s high spending and high taxes from harming American corporations’ compatibility on the world stage. Rouse claimed Biden is working on international agreements to prevent “a race to the bottom.”

“President Biden is really saying, ‘Look, everybody should pay their fair share,'” she said. “Yes, internationally we don’t want to be disadvantaged, so he’s also working with other countries so that we have a minimum tax internationally so there’s not a race to the bottom.”

“Don’t you think that we’re going to be less competitive if we have the highest corporate tax rate in the world as opposed to in the middle of the industrial world?” Wallace interjected.

Before becoming the chairperson of the Council of Economic Advisers, Rouse served in the body during the Obama administration and then served as the dean of the Princeton School of Public and International Affairs. She was appointed to the position following a 95-4 senate vote on March 2nd, which even Republicans like Josh Hawley voted in favor of.

Biden’s tax plans so far have included raising taxes across the board on individuals, corporations and capital gains. The administration will need the money if their plans are set into motion.

His “Build Back Better” initiative sets aside $2.3 trillion for a “jobs plan” as well as $1.8 trillion for a “families plan.” In total, the proposed stimulus will cost a reported $6 trillion.

After being asked why it was prudent for Biden to proposed six trillion dollars in stimulus spending, Rouse said, “We’re not done yet. Next week, we will get an employment report. I expect to see robust job gains. But I also expect we’re going to remind ourselves that we’re also 7-8 million jobs down from where we were this time last year.  So we are definitely on the move. This is an economy that’s recovering. We are leading the world in that recovery, but we are not done yet.”

This was in spite of the fact that the economy has been improving, GDP has risen to 6.4 and unemployment is down to 6%.

Biden’s proposed tax hike plan, which would raise the corporate tax rate to 28% from 21%, seeks to raise the $2.3 trillion over 15 years in order to finance American Jobs Plan.

These numbers have moderate Democrats such as Joe Manchin skeptical of their viability.

“We’re at $28.2 trillion now, debt, so you have to be very careful. There’s a balance to be had here. Are we going to be able to be competitive and be able to pay for what we need in the country?” the West Virginia senator told reporters. We’ve got to figure out what our needs are and maybe make some adjustments. Who knows?”

Business Roundtable released a survey on Monday noting that 98% of nation’s top CEOs believe the tax hikes will slow wage growth for Americans and hurt their companies’ competitiveness. 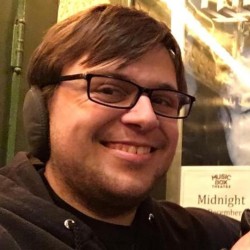