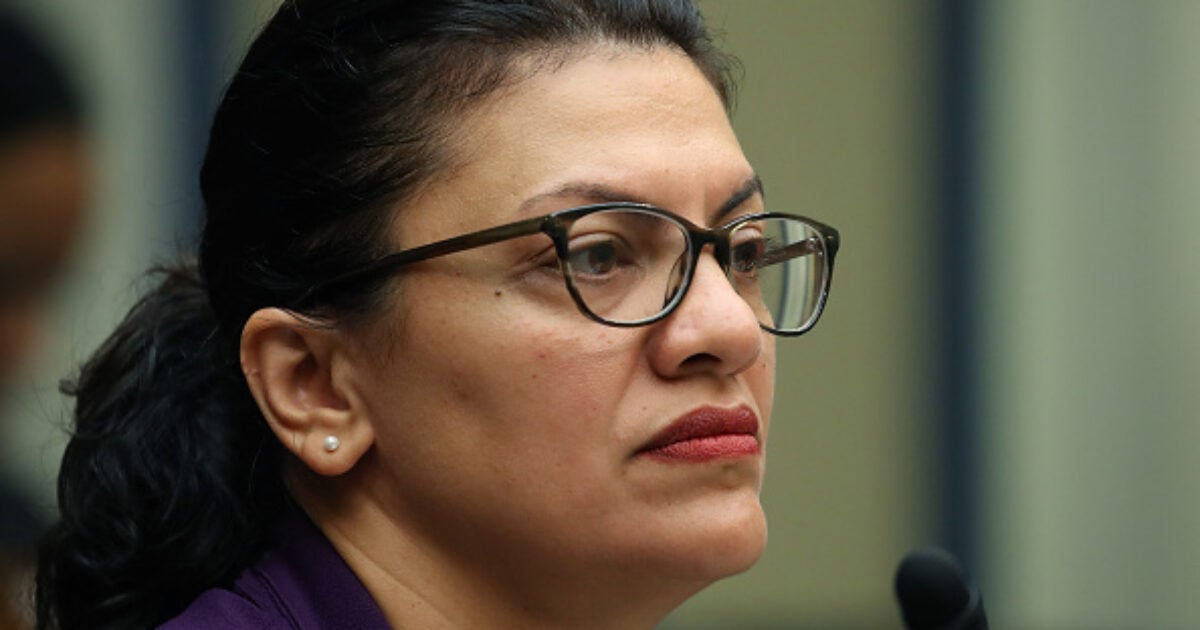 Squad member Rashida Tlaib (D-MI) spoke out against the shooting of Daunte Wright on Twitter Monday night charging that it “wasn’t an accident” and calling it “government funded murder.” She also demanded that policing be ended because it is racist.

Tlaib tweeted: “It wasn’t an accident. Policing in our country is inherently & intentionally racist. Daunte Wright was met with aggression & violence. I am done with those who condone government funded murder. No more policing, incarceration, and militarization. It can’t be reformed.”

For some time now, Tlaib has been calling for an end to policing. She is a strong proponent of the “Defund the Police” movement.

The progressive Democrat’s comments follow the shooting of Daunte Wright in Minnesota by a police officer after he attempted to flee a traffic stop. The officer claims she meant to Taser him and accidentally shot Wright instead. The incident was caught on her body camera. The officer is reportedly a senior member of the police force and has been put on administrative leave pending an investigation.

It wasn't an accident. Policing in our country is inherently & intentionally racist.

Daunte Wright was met with aggression & violence. I am done with those who condone government funded murder.

No more policing, incarceration, and militarization. It can't be reformed.

Wright died from the gunshot wound to his chest, according to the medical examiner. He had been pulled over for expired tags and then officers attempted to handcuff and arrest him for an outstanding warrant. He allegedly twisted away and got in his car to take off. That is when he was shot. The car traveled a brief distance before hitting another vehicle. His girlfriend was reportedly in the passenger seat and sustained minor injuries.

“We must invest in a new vision of public safety,” she stated in a previous tweet. “Today, I am proud to join the calls coming out of one of the largest movements for justice that my district and our country have ever seen to say unapologetically: I support the #BREATHEAct.”

We must invest in a new vision of public safety.

Today, I am proud to join the calls coming out of one of the largest movements for justice that my district and our country have ever seen to say unapologetically:

Riots have erupted in Minnesota and in other states over Wright’s death. According to authorities, 40 people were arrested in Brooklyn Center, Minnesota on Monday night for breaking curfew and rioting. It was the second night of protests after the shooting.

President Biden and local authorities are calling for peaceful protests.

Biden: “Was it an accident or was it intentional? That remains to be determined …”

“In the meantime, I want to make it clear again: There is absolutely no justification, none, for looting … Peaceful protest? Understandable.”pic.twitter.com/S4OOqfzYqq

The National Guard has been called up in Minnesota and a state of emergency has been declared. A curfew is currently in place in three counties in Minnesota.

A number of high-profile conservatives on Twitter shredded Tlaib for her anti-police tweet and Republicans vowed to use it as fodder for the 2022 elections:

It doesn’t get more explicit than this that Democrats want to abolish the police. https://t.co/GPYF9qkpmg

“No more policing or incarceration”? 🤔 How will that work? https://t.co/gFwNQzHtCn

Another way to say I can afford to live in a completely safe neighborhood & I don’t care about those who can not afford to move.

This “no more policing” tweet is getting bookmarked by lots of 2022 campaigns for when Rep. Tlaib claims she actually doesn’t want to abolish the police. https://t.co/bMDnqdNN3A

Congresswoman, I understand your anger & frustration. But respectfully, “no more policing” and “no more incarceration” isn’t helpful, isn’t responsible, and like “defund the police” last year, it will help get Trumpy Republicans elected. Let’s focus on police reform. https://t.co/4c3zNHYxsw

Nutpicking is overdone. But “No more policing, incarceration, and militarization. It can't be reformed” is so wildly stupid and irresponsible it needs to be called out (tho the “militarization” part is an argument at least). Be better for everyone if liberals said so. https://t.co/rqMvuQJlDY

"No more policing or incarceration" is going to be a big winner for the Democrats probably https://t.co/095b7TPBNo

And many questioned and mocked Tlaib for her statement:

That word “inherent” does not mean what you think it does.

Looking forward to your proposals for alternatives … maybe elected leaders shouldn’t put out public statements borne more out of anger than actual thought?

No more policing can begin when elected officials get rid of their police and security forces. We’re not doing this thing where we have no policing, but y’all are protected to the hilt.

Will Rashida advocate for no security/police presence at the capitol?

It would be best for you to step down from congress. This is a completely irresponsible statement by you.

No more policing and incarceration? Seriously embarrassing that this is an elected official

Lead by example, dismiss the National Guard protecting the Capitol.

Does that include the Capitol Police?

There is no opportunity to make positive change you can’t crap all over, huh?