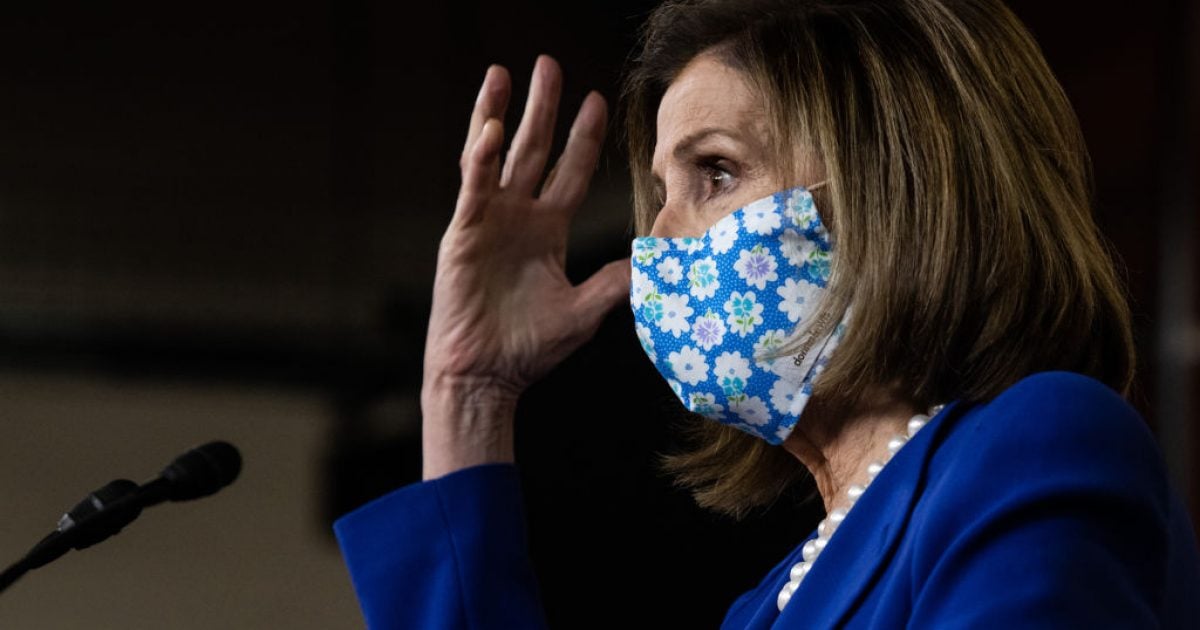 The arrogance of Speaker Nancy Pelosi is something to behold, in many ways a reflection of the confidence the 81-year-old Democrat has in the media covering her backside — out of fear of being publicly scolded by the ill-tempered lawmaker.

Having spent 34 years in the House adds to a sense of entitlement that defines the speaker. Drunk on power, Pelosi began undermining former President Donald Trump from day one, always putting party before country. Nowhere was this more apparent than with Covid relief efforts. Rarely did the media take notice.

Responding this week to a possible bid to steal an Iowa Republican House seat, Pelosi declared that as speaker she’s not obligated to seat a certified election winner — find that in the Constitution.

The House Administration Committee is reviewing a challenge from Democrat Rita Hart, who is contesting the state-certified results in Iowa’s 2nd District that declared Rep. Mariannette Miller-Meeks, R-Iowa, the winner by six votes after a recount, and Pelosi insists she has the authority to adjudicate the election in the face of some in her own party expressing their concerns.

“I would say to them, if you lost by six votes, would you like to bring your case before that?” Pelosi said, after a reporter this.

“And we want to be fair enough. If I wanted to be unfair, I wouldn’t have seated the Republican from Iowa. Because that was my right on the opening day. I would have just said, ‘You’re not seated,’ and that would have been my right as speaker to do,” she added.

In effect, Pelosi is saying allowing the House Administration Committee to review the election is a fair alternative to not seating the Republican candidate.

“I want to see what compelling reasons there are for the feds to get involved in this,” the moderate Democrat said. “I think these are issues that right now are probably best left at the state level.”

Pelosi countered to say that many other members said, “Don’t seat the person.”

“You’re naming a few who are saying let’s move on,” she said. “But I’m saying then, people said, ‘Why should we seat somebody to have votes for all this time when their election is being contested?’ And we said no, we will seat the member and then we’ll go through the normal process.”

Except, Pelosi’s definition of the “normal process,” which may lead to overturning the will of Iowa voters, is not the norm.

It’s almost like Democrats realize that they’re on the precipice of establishing a decades-long hold on power and will leave no stone unturned in accomplishing this.

Here’s a sampling of other results to the story from Twitter:

This is a sad state of affairs when a congressional election is duly certified by a state officials, then threaten to be over ruled by Rep. Pelosi. I once believed honor and integrity undergirded the Office of the Speaker, apparently not. pic.twitter.com/94kfRHwNjZ

So if Republicans take back the House, according to Pelosi rules, they should be able to unseat enough Dem seats to get a supermajority. This seems like a silly, unnecessary line to cross

Wowwww… so she can over rule voters…. so why do we vote again?

I don’t remember that from Hamilton…

Everyone knows if the GOP did this there would be wailing and gnashing of teeth about the “people’s will.”