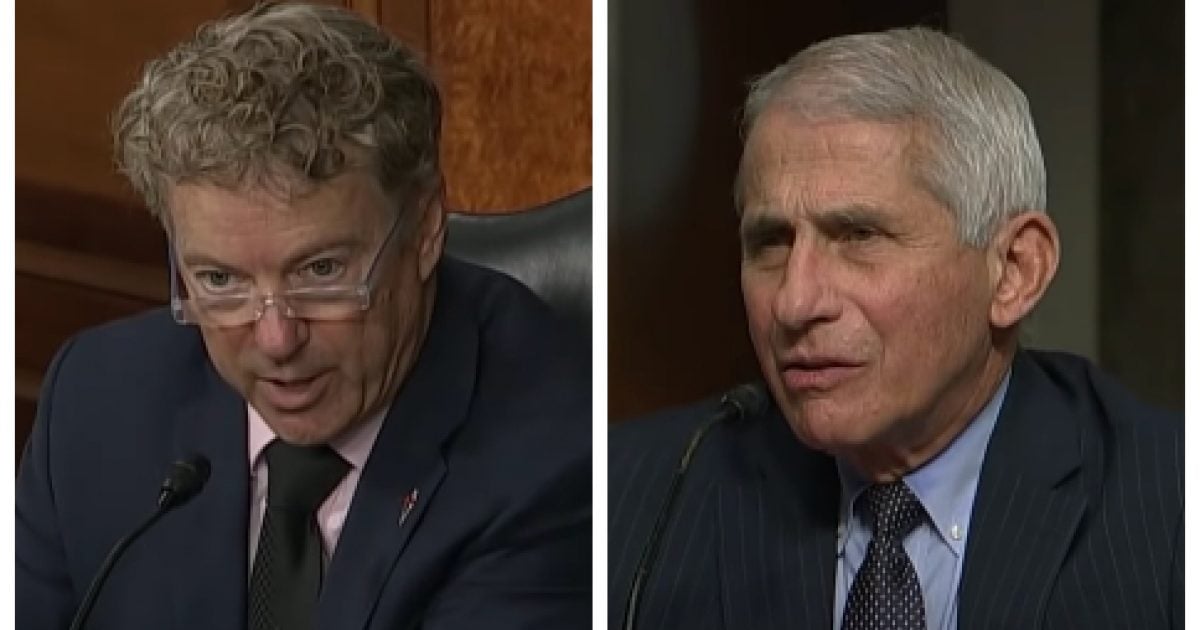 Sen. Rand Paul continued his criticism of Dr. Anthony Fauci on Friday, a day after he laced into the country’s lead immunologist over what he feels are ever-changing goalposts for Americans to return to pre-COVID normal.

In an interview with Fox News’ Tucker Carlson, Paul said that Fauci knows Americans who are immunized no longer need to wear a mask but that he is continuing to tell a “noble lie” to frighten people.

“He is lying because he doesn’t think we are smart enough to make decisions,” Paul said. “His fear is if the vaccinating – if we quit wearing masks – the vaccinated will say: What the hell, I’m not wearing a mask either.”

During a Senate hearing on Thursday, Paul grilled Fauci, who is also President Joe Biden’s chief medical adviser, over his wearing of double masks, calling it “theater” and mocking his insistence that Americans continue masking up as well including those who have been vaccinated.

“He lies to say the mask makes a difference when in reality he knows better,” Paul told Carlson. “He’s wearing two masks for theater. He is immune and he knows he will not get it but he’s not being honest with the American public.

“There are no news reports or scientific studies saying after vaccination that there is some sort of widespread contagion that people vaccinated are spreading the disease. It is just not true,” the Kentucky Republican continued. “What Fauci won’t tell you is he is telling you a noble lie.”

Paul went on to say that the federal government now needs to justify, with scientific data, why it is necessary to continue masking up in public if persons have been immunized — a procedure that makes them resistant to the virus, which is the entire point behind a vaccine.

“My goodness, they need to present the proof – the burden should be on the government to show that someone who is vaccinated is getting it again and being hospitalized and dying or spreading it instead of the conjecture of Anthony Fauci that says someday you might,” Paul said, adding that Fauci appears to want to keep Americans in masks “forever.”

Fauci has argued that it’s possible another strain of COVID-19 could develop and pose new risks to Americans. But Paul pushed back, saying the chief immunologist needs to present medical and scientific data that vaccinated people are being reinfected and spreading the virus anew to justify continued mask-wearing.

“When they mandate it, it is incumbent upon them that they should have to show the proof. There is no proof when you have been vaccinated or when you have gotten the disease naturally that you are spreading it. If there were, it would be all over the news,” he continued.

Paul also recounted a situation where he was in the gym this week and was turned in by a “Karen” who complained that he wasn’t wearing a mask.

“For goodness sakes, is this the world we’re gonna live in, where everyone’s reporting everyone and the Gestapo’s gonna come…and arrest you?” Paul said.

In an appearance on CNN Thursday evening, Fauci pointed to one article in the medical journal The Lancet that said persons over the age of 65 have a risk of becoming reinfected.

“I’m afraid if people hear what he says, and they believe it, and you have an elderly person who has been infected, and they decide, well Rand Paul says you won’t get it again – they could get re-infected again and get into trouble,” Fauci said.

But Paul addressed that during Thursday’s hearing.

“Given that no scientific studies have shown significant numbers of reinfections of patients previously infected or previously vaccinated, what specific studies do you cite to argue that the public should be wearing masks well into 2022?” he asked Fauci.

“You’re telling everybody to wear a mask, whether they’ve had an infection or a vaccine,” Paul said in response to Fauci asking about the correlation he made between masking and reinfection.