El Salvadoran President Nayib Bukele said Tuesday he objected to his people migrating to en masse to the United States, saying it was “not profitable” over the long run and that it contributed to a cycle of “dependency.”

Bukele made his comments in an interview with Fox News’ Tucker Carlson, who broadcast his program from the country’s capital of San Salvador.

A member of the Nueva Ideas Party, Bukele said that mass migration from Central America and parts of Mexico to the United States is a decades-old problem that stems from two major concerns: Security and an opportunity for a better life.

He noted that he has focused on improving both of those conditions for his people during his nearly two years in office but admitted that there is much more to be done. That said, Bukele offered that he has had some success as noted by a decrease in migrant “caravans” from his country and neighboring nations like Guatemala.

“It is obvious, our country has failed to provide two basic things which are the two main drivers of immigration which are the lack of economic opportunity and a lack of security,” he told Carlson. “[But] most people don’t want to leave their country. They like their country, their food, weather, it is their country. And they have their family members here and their friends.”

The Salvadoran president reiterated the two primary reasons why his people leave for the U.S., but he added the caveat that it’s “not profitable” for either nation.

“First, it is immoral — you need to provide for your people. But, you also have an economic issue. If you send hardworking people and talented people and people who want to risk it just to go to work, you want to keep them here because those will be the drivers of your economy,” he said.

“You don’t want them there so that they can send a remittance, which would be a small portion of what they would earn and produce; you want them to produce here,” Bukele continued.

He noted that countries that tend to export more people than anything else are usually economically deprived and unable to improve. Such countries export their labor force rather than goods and services, which means a sizable portion of their economies become dependent upon “remittances” sent back by citizens who find employment in the U.S.

“The best thing for both of us is to keep our people here and provide for our people right here in our country. That is what people here want,” he said.

Calling it a “vicious cycle,” Bukele noted further that it’s “bad for the United States because immigration will go up, and it’s bad for our countries because” of the endless drain of talent and labor. 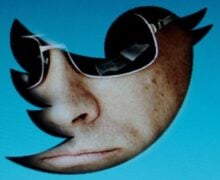