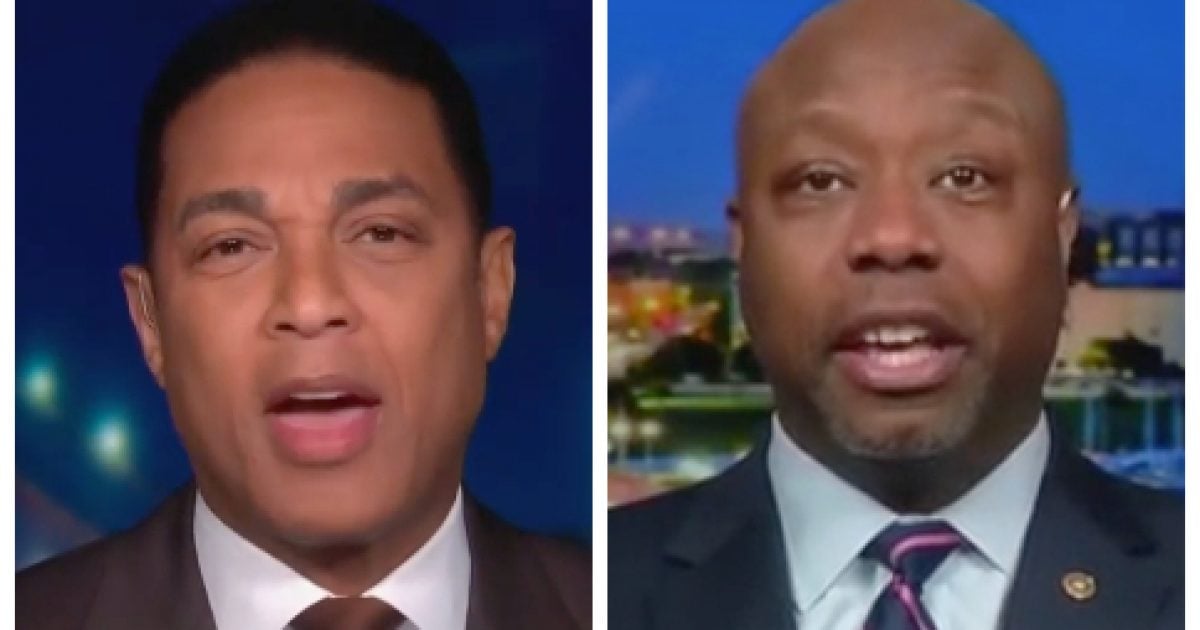 CNN host Don Lemon shouted and ranted at Sen. Tim Scott during a segment on his Wednesday program, blasting the South Carolina Republican for comments he made earlier in an interview with Fox News.

Lemon began by noting the country’s history of slavery, a common refrain for him, saying he had his ancestry traced two times and that it was difficult to find complete records.

He went on to say that black families were very often separated during the slavery era, which is one major reason why finding records about black ancestors is harder.

“You know why? They were considered property,” Lemon emphasized, leaning towards the camera.

“So….god….ugh…it just angers me sometimes when people can be so ignorant,” he continued, staring into the camera and pausing for effect.

“And then there’s Tim Scott. Tim Scott is the only black — the only — only — Black Republican in the Senate,” Lemon went on, openly expressing irritation.  “Telling Fox News — of course Fox News — that what he calls ‘woke supremacy is as bad as white supremacy.’”

“Where are the woke supremacists hunting people in the halls of the Capitol and beating them with Blue Lives Matter signs with white supremacist insignia on their shirts?” Lemon continued. “Guess who I saw. Guess who police officers were beaten by. Guess who wanted to hang the vice president. White supremacists, Tim Scott! What are you doing?”

Continuing his rant, Lemon acknowledged that he shouldn’t be yelling as he continued blasting Scott.

Left out of Lemon’s diatribe is the fact that Scott, in making his comment about “woke supremacy,” was responding to a degrading insult from MSNBC’s Joy Reid, in which she suggested he was just a “token” black man being used by Republicans.

“Woke supremacy is as bad as white supremacy. We need to take that seriously,” Scott told Gowdy after the host railed against Reid over her comment and explained how Scott, a former business owner, had made himself a subject matter expert on a variety of issues, but especially tax reform and other economic issues.

“Tim Scott is a United States senator who worked his tail off to be part of nearly every significant policy conversation this country has,” Gowdy said Tuesday before bringing Scott in. “He can stand wherever the hell he wants to stand and any group he wants to stand with because he has earned the right to be there.

“The fact that you see a black man as a prop, Joy Reid, says a lot more about you than it does about Tim Scott,” Gowdy added.