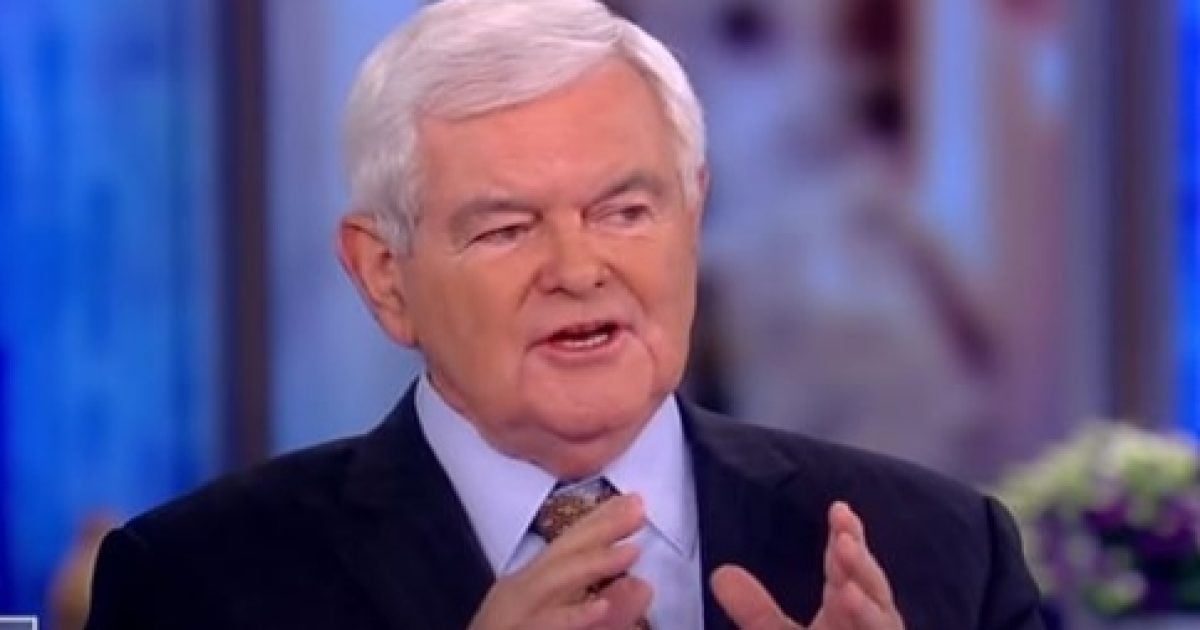 Former House Speaker Newt Gingrich said in a Friday column that Republicans should remain “cheerfully optimistic” about the party’s chances of regaining control of Congress in 2022, thanks to President Joe Biden’s hard-left policies and questionable staff choices.

“From trying to impeach former President Donald Trump (who is now a private citizen), to focusing on Rep. Marjorie Taylor Greene, to maximizing the divide between Rep. Liz Cheney and Trump supporters, the propaganda media and the Democrats are trying to create a defensive Republican Party. They want to keep the GOP crouched in a circular firing squad shooting at itself,” Gingrich wrote in a column published by Newsweek.

“This is because the Democrats have real incentives to harass and attack Republicans,” the “Contract With America” architect added.

Gingrich went on to suggest that the Democratic left’s “shaky coalition” is only being held together by mutual anger at the former president and that, as long as they can focus on him and attacking the Republican Party, voters won’t pay as much attention to Biden, his policies, and his controversial Cabinet and staff picks.

He went on to mention Suzi LeVine, a former Washington state employment security department commissioner who was selected by the president to serve in a Labor Department leadership position. Gingrich said she presided over “$600 million in cybertheft” during her tenure.

He also singled out tens of billions of dollars in California unemployment insurance fraud last year, as well as New York Democratic Gov. Andrew Cuomo’s “mismanaging COVID-19 so badly that nine top public health officials have resigned over it.” He then pointed out that California Democratic Gov. Gavin Newsom’s “mismanaging” of the pandemic has led to a recall effort that is close to meeting its goal of 1.5 million signatures.

“Forget the radical House rules, which 207 Democrats voted for, to take ‘mother,’ ‘father,’ ‘brother,’ ‘sister’ and other gender-specific words out of the House’s official rules document (imagine trying to explain that vote in most of America),” Gingrich wrote.

He also pointed to Biden’s unprecedented raft of executive orders including the waiving of a Title IX rule to allow biological males to compete in all-female sports competitions in schools. “To the propaganda media, the collapse of competitive women’s sports is not a big enough issue to cover,” he said.

Gingrich then mentioned “the number of lawyers” presidential son Hunter Biden “has hired to defend himself against a range of charges involving business dealings with China, Russia and Ukraine.”

The former House Speaker and Georgia Republican suggested that Democrats had to keep hammering on Trump and their GOP opponents and remain “on offense because they will be crushed once the American people see what they have actually been doing.”

He noted that 2022 has the potential to mimic what happened in 1994 when he devised the Contract With America two years into left-leaning President Bill Clinton’s first term.

“By every historic standard, the Democrats’ narrow five-vote majority should disappear in 2022 and Kevin McCarthy should become speaker of the House,” he added.

In the states, the GOP already has the advantage, Gingrich said, controlling 27 governorships and 23 states where both the governor and the legislature are both held by Republicans.

“The state legislator advantage means Republicans will draw the lines for reapportionment for about four times as many House seats as the Democrats. This further increases Republican opportunities in 2022,” Gingrich pointed out.

He predicted that the GOP will not fracture and will instead remain focused on many of the same policies pursued and enacted by Trump, which he believes will also continue to attract more minorities as the former president did during the 2020 election cycle.

“The Left is desperate to create a pro-Trump vs. anti-Trump civil war in the GOP. It will not happen. President Trump is by far the best-known and most-liked Republican. But the Republican Party is much bigger than any one person,” he wrote. “Think of our future as a Trump-plus-Republican party.

“When you look at these long-term realities, it is clear Republicans should be optimists and let the Democrats have the monopoly on bitterness, hostility and negativity,” he wrote.