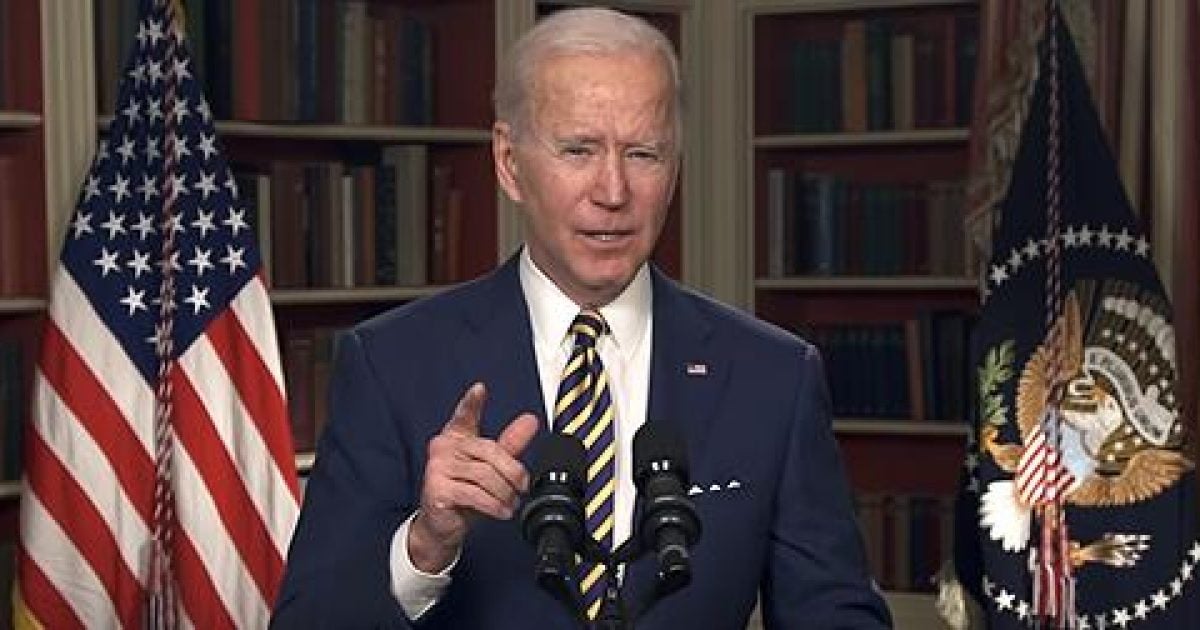 To newly inaugurated President Joe Biden’s credit, he’s doing something that many argue former President Donald Trump should have also done: He’s cleaning house by eliminating anybody and everybody who has loyalty to his predecessor’s administration.

Even the pro-Trump leadership at the Voice of America news outlet and its parent organization, the U.S. Agency for Global Media (USAGM), haven’t been spared.

“In its first full day in office, the Biden administration dismissed the director of Voice of America, Robert Reilly, and his deputy, Elizabeth Robbins,” NBC News reported.

Both complained that their removals were “illegal.”

“When Robbins was told by the new management that she was being fired, she responded that such a move would be illegal, citing recently adopted legislation on VOA’s governance. Her work email was then shut off and she was escorted out by security,” according to NBC News.

“The director of VOA, Reilly, also contended his sacking was illegal and he too was escorted out of the building.”

While harsh, Trump’s own high-profile supporters say this was the exact sort of action he should have taken during his first day in office.

Biden Admin has cleaned house immediately upon entering office. Anyone with even a hint of loyalty to the past admin has been fired. Trump Admin came to DC without understanding what they were up against. They kept Obama people around, sometimes for 4 years. Personnel is policy.

Instead Trump allowed former President Barack Hussein Obama’s loyalists to remain embedded in his administration — a near-fatal mistake that caused irrevocable harm as the “deep state” of loyalists grew stronger and louder over the years.

Biden appears to be trying to render it impossible for a similar “deep state” of resistance to emerge within his own administration. And he’s shown no qualms about how he conducts this purge.

Watch below as he warns staffers that he’ll fire them “on the spot” if they fail to abide by his demands:

At least the staffers seen above were given an option to obey. Former USAGM CEO Michael Mack was only given the opportunity to avoid being fired in disgrace.

“United States Agency for Global Media CEO Michael Pack resigned yesterday after being informed by the Biden Administration that he would be removed,” his former employer announced in a press release Thursday.

USAGM CEO Pack has resigned after Biden admin informed him he would be terminated from the post. USAGM oversees VOA https://t.co/6v7sDLEWXf

“President Joe Biden fired the second-highest-ranking attorney at the National Labor Relations Board a day after ousting her superior, leaving leadership of the agency’s legal arm in limbo as the new administration seeks to reorient the board away from the Trump administration’s business-centric focus,” Bloomberg Law reported Thursday.

“Alice Stock assumed the role of acting general counsel following the Inauguration Day firing of the NLRB’s top attorney, Peter Robb, an agency spokesperson said in a statement late Thursday morning. But the labor board was told later on Thursday that Stock too would be dismissed, effective at 5 p.m.”

The only good news for conservatives is that Trump’s lower-level allies will be far more difficult to remove.

“[O]ther, lower-profile Trump loyalists, some of whom helped carry out his administration’s most controversial policies, are now scattered throughout Biden’s government in permanent, senior positions. And identifying them, let alone dislodging them, could be difficult for the new leadership,” The Washington Post lamented in a report published Sunday morning.

Here’s the kicker: This is all part of Trump’s plan — his real plan, that is.

According to Post, in his final months in office, he converted “dozens” of political appointees “to permanent civil service roles that will allow them to stay in government for years to come.”

“These new career officials are protected from partisan removal unless the new administration discovers that they got their jobs illegally — without competition and because of their political affiliation,” the Post noted.

“As Biden tries to reset the government to match his priorities, Democrats fear the Trump holdovers, who served in partisan roles, could undermine the new administration as they move into the civil service, which is supposed to operate free of partisanship.”

Whether or not these bulwarks will be enough to delay and inhibit Biden’s agenda remains to be seen, though it does at least provide conservatives with some degree of hope. This of course displeases Democrats.

“There’s a great irony here. The crowd that didn’t believe in government and called its agencies the deep state now wants to work for them,” Rep. Gerald E. Connolly complained to the Post.