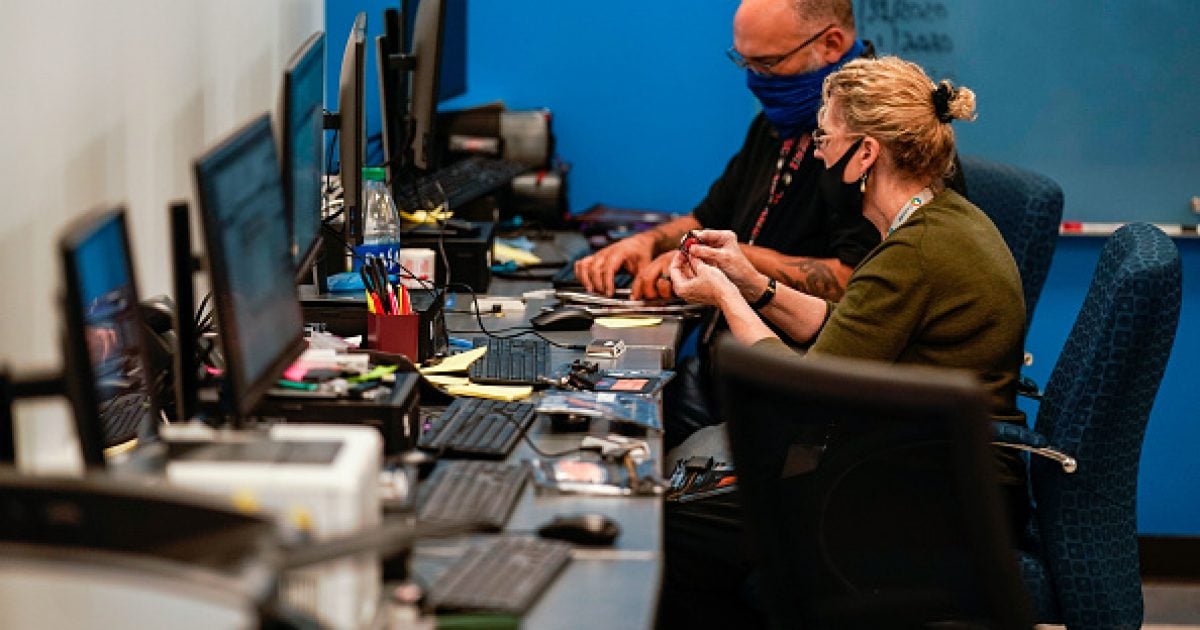 A team of data scientists testifying before a state Senate panel in Georgia earlier this week said thousands of votes were switched from President Donald Trump to his Democratic challenger Joe Biden during balloting last month.

The team, led by Lynda McLaughlin that includes data scientists Justin Mealey and Dave Lobue, told the Georgia Senate Judiciary Subcommittee on Wednesday they found that 17,650 votes changed from the president to Biden.

“What we have here is we actually have fraud that we can prove in this election, there was fraud in Georgia’s election, we can prove it with data,” Mealey, who served as a Navy electronic warfare technician for nearly a decade as well as a data analyst and programmer for the CIA and National Counterterrorism Center, told the panel.

“The voting will of the people of Georgia is not reflected in what was certified by the secretary of state,” Mealey, who currently works for one of the “Big Four” accounting firms as a programmer, added.

Lobue, meanwhile, is also a data scientist with a decade’s worth of experience.

The team analyzed time series election data that was published online late last month to reach their conclusions, The Epoch Times reported. They found that votes for President Trump were actually declining in a number of counties instead of increasing as per normal.

The analysts said that the switches occurred at the county level and were difficult to detect at the state level because the decreases were offset by data uploaded by other counties that was accurate.

They alleged that a “clear example of vote switching” occurred in DeKalb county.

Around 9:11 p.m. local time, the analysts said that Trump got 29,391 votes while Biden received 17,218. But during the next update, the president’s vote tally had fallen to 17,218 and Biden’s increased to Trump’s previous total of 29,391, according to the published data.

That single event resulted in a swing (loss) of votes away from Trump of 12,173.

“I want to make that very, very clear that at no point in an incremental process, should you decrement it,” Lobue told the panel.

According to Georgia’s certified election results, Trump lost to Biden by 12,670 votes. The president’s campaign is still legally challenging them.

The team did not implicate any state officials or particular electronic balloting machines and the companies that supplied them, noting that their analysis was nonpartisan. Georgia used Dominion Voting Systems machines during the November election, based on information published on the company’s website.

“The analysis we’re going to be reviewing is purely scientific, not based on any political affiliation, red, blue, left, or right. The objective really focuses on numbers, data, and machine network systems,” said Lobue.

The team’s results have not been independently replicated or verified, The Epoch Times noted.

The team said that they believe the vote switches could have taken place during the Results Tally & Reporting process, at which time poll workers can reject or validate ballots.