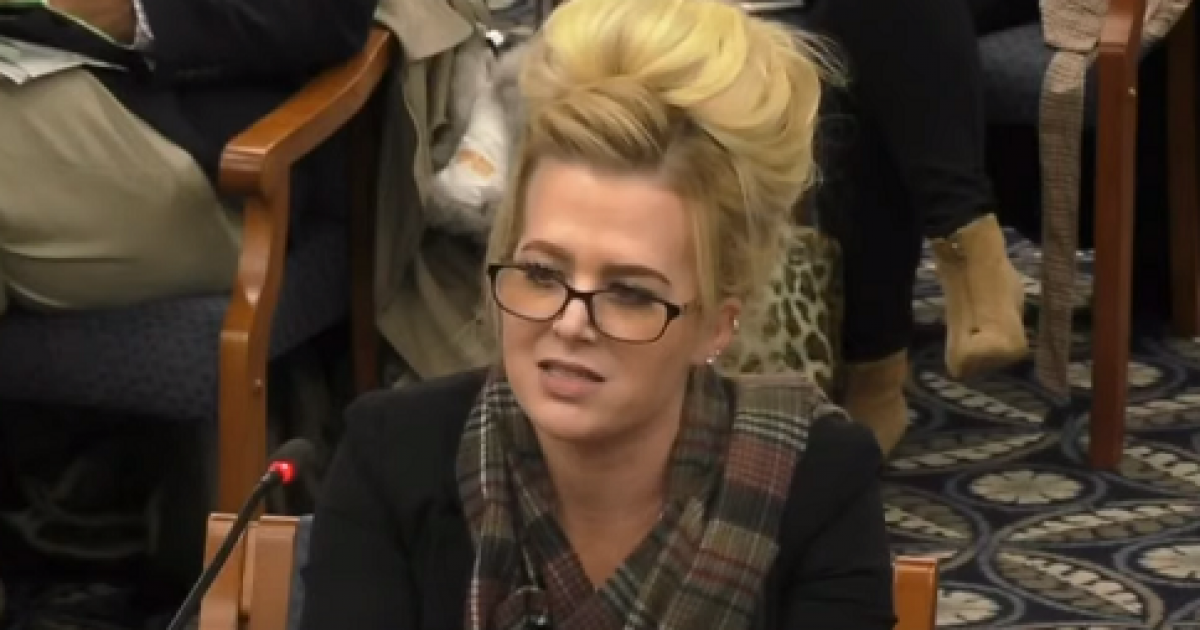 Though the company sent a number of similar letters to several Trump campaign witnesses who have made claims that Dominion machines switched votes from the president to his Democratic rival, Joe Biden, Carone appears to have been singled out for especially harsh treatment, Law&Crime reported.

The letter blasted Carone for launching an alleged “smear campaign against the company,” while describing her vote fraud claims as “outlandish” and without merit.

“Without a shred of corroborating evidence, you have claimed that you witnessed several different versions of voter fraud—ranging from one story involving a van, to other accusations that votes were counted multiple times. You published these statements even though you knew all along that your attacks on Dominion have no basis in reality,” the attorneys added.

Earlier this month, Carone told a state Senate panel in Lansing she witnessed “complete fraud” while working as a Dominion IT contractor in Detroit’s TCF Center on Election Day.

Specifically, she said she saw several of the same batches of ballots counted a number of times.

“What I witnessed at the TCF Center was complete fraud,” Carone told the state Senate panel. “The whole 27 hours I was there, there was batches of ballots being ran through the tabulating machines numerous times, being counted eight to ten times.

“I watched this with my own eyes,” she added.

“Also, the adjudication process, I witnessed numerous people walking up claiming they were both Democrats saying they were sitting together judging ballots all night together,” she said. “All day together. I witnessed it all.

Dominion’s attorneys also wrote that Carone was no IT expert and that she did not have any special “insider’s knowledge” of how Dominion machines operated.

“We write to you now because you have positioned yourself as a prominent leader of the ongoing misinformation campaign by pretending to have some sort of ‘insider’s knowledge’ regarding Dominion’s business activities, when in reality you were hired through a staffing agency for one day to clean glass on machines and complete other menial tasks,” they wrote.

In addition, the attorneys demanded that Carone cease making any additional “defamatory claims against Dominion” while ordering her to preserve any documents that are related to such claims. The letter also warned that “litigation regarding these issues is imminent.”

The company has also sent cease and desist letters to former federal prosecutor Sidney Powell, who has alleged that Dominion machines, in addition to Smartmatic balloting software used by the company, were designed to ‘steal’ this year’s presidential election from President Trump.

But Georgia-based attorney Lin Wood, who specializes in defamation suits, announced last week that he is representing Powell and defiantly challenged Dominion to take action.

“I represent Sidney Powell. I have carefully reviewed your letter of December 15, 2020. I am not impressed. Ms. Powell retracts nothing. File your lawsuit,” he wrote in a letter he sent electronically to Chicago-based attorney J. Erik Connolly of the Benesch, Friedlander, Copeland & Aronoff law firm.