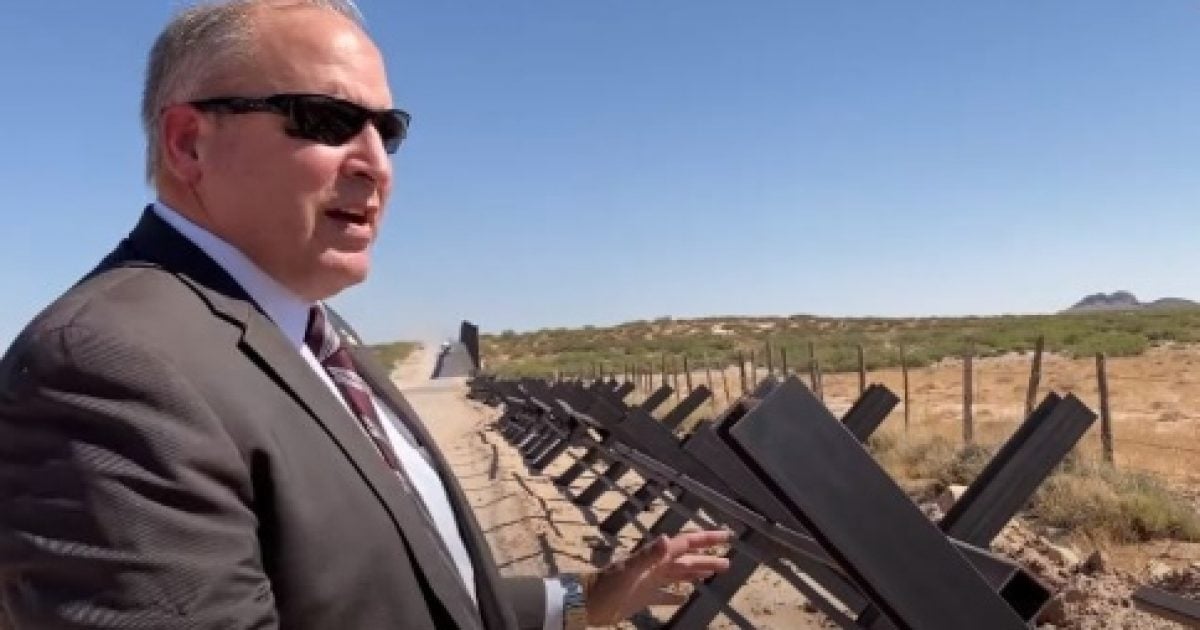 Acting CBP Commissioner Mark Morgan slammed the political narrative of Democrats who have mocked the Trump administration’s efforts to build a wall along the U.S.-Mexico border.

The U.S. Customs and Border Protection chief invited critics to come see for themselves the progress made on President Donald Trump’s promise of stronger border security and to see the stunning difference between the new structures as compared to the old “wall” in place for years.

Aerial footage and a close-up encounter with the 30-foot high walls being constructed was seen in a video report by Townhall’s Julio Rosas as he joined Morgan in a CBP Blackhawk for a visit to New Mexico and the southern U.S. border.

“I think you can see for yourself…it’s a political narrative, right? They want to score some political points by saying, ‘Oh, it’s just replacement.’ What I would say to those individuals [is] they haven’t been here,” Morgan said, referring to Democrats and other Trump critics.

“This is what we had for a very long time, right? Wood and barbed wire. That is what we had to stop people,” Morgan of the barbed wire fencing and wooden posts making up the existing, almost laughable, border “wall.”

“And then we upgraded to [the Normandy barriers] and this is a joke,” he added, explaining how the barriers have been easily compromised by smugglers crossing illegally into the U.S. in their vehicles.

According to CBP, 36 miles of the new border wall system is currently under construction and 109 miles has already been built in the El Paso Sector,

Thank you @Julio_Rosas11 for spending time with us today in #ElPaso Sector & learning about our 30ft #BorderWall System, which increases safety for #USBP agents and makes a more secure border in our West TX & NM region. #BorderSecurity is #NationalSecurity! @CBPWestTexas @CBP https://t.co/TZyJjwbXEe

“So when you see this 30-foot high wall, concrete and steel into the ground, yeah, it’s brand new,” Morgan continued, noting that the structures are only part of a larger surveillance system designed to combat illegal border crossings.

“We need it all, including the wall. One element by itself is not the end-all solution. The wall doesn’t address the problem by itself, nor does technology…last time I checked, technology can’t apprehend anybody,” he said.

Some more pictures from the tour with CBP in the El Paso Sector yesterday. I can now say I’ve seen the border from the land, water, and air. pic.twitter.com/DDjz8d5oaJ

El Paso Border Patrol Chief Gloria Chavez agreed, telling Townhall that the new system has had additional positive repercussions for the CPB and the nation.

“You just have to visually see the difference in the structure and how sturdy a 30-foot border wall system really [works] for our border security,” Chavez said, noting that border patrol agents can now be redirected to other critical areas of need since larger groups of security are not needed to patrol vulnerable areas.

The new wall system is not the only noticeable difference between President Barack Obama’s and Trump’s administration, said Morgan and Chavez. They pointed to the much better relations they have with their Mexican counterparts and how motivated they are in stopping people before they get a chance to illegally cross into the United States.

Morgan warned of the potential disaster at the border if Trump is not reelected, predicting that a Biden administration may roll back many of the measures Trump has put into place to deter illegal border crossings.